In past years when we’ve done clever, family-themed Halloween costumes I’ve been excited to post the pictures right after Halloween.  Perhaps my posting our Halloween pictures a week and a half after Halloween lets you know how excited I was about this year’s costumes: 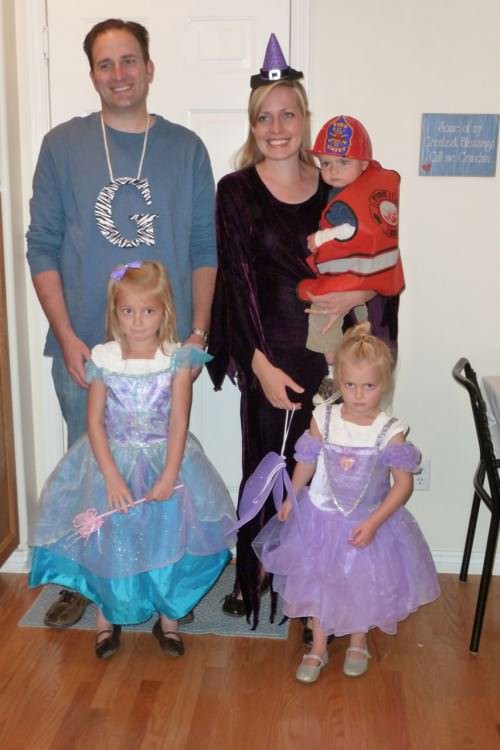 Believe it or not, we are themed.  Halloween 2012 will forever be remembered as our “Dollar Store Halloween.”  Dallas and I had no idea what to do for Halloween.  We happened to be in the Dollar Store just as they had all their Halloween things on display.  I thought about past years and the excitement and challenge of trying to make fun costumes.  Then I thought about how easy it would be to simply lift a couple of items off the shelf, load them into our cart, pay, and call it good.  You can see which scenario won out.

Brooke and Caroline were instantly attracted to the fairy wings, crowns, and wands.  Unfortunately, at the time this picture was taken, they didn’t want to wear their wings or crowns.  Spencer’s favorite thing in the world is fire trucks so we thought the fireman costume would be fitting…though not literally as the vest was huge on him.

Truth be told, my costume along with Dallas’s came from Michaels.  I was searching for a witch’s hat and the Dollar Store failed me.  Michaels pulled through with the dorky little headband hat that you see me wearing.  That left Dallas costumeless, though not for long.  We passed the letter aisle and Dallas said, “I could go as a letter.  I’ll be the letter G.”  Sadly he chose to use string to make his G necklace leading at least one of my relatives to think he was something a little racy.  For the record, we had not even thought about that as a possible interpretation.

This is the part of my blog post where I take a minute to marvel that I just spent three paragraphs explaining every detail of our dumb Halloween costumes.

My brother Ben and his girlfriend dazzled all with their great costumes: 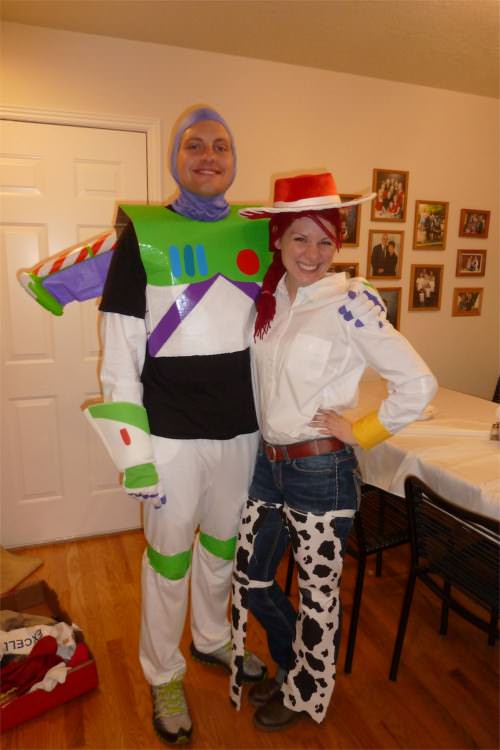 My grandpa and all the kids awaited the lighting of the candles on the birthday cakes: 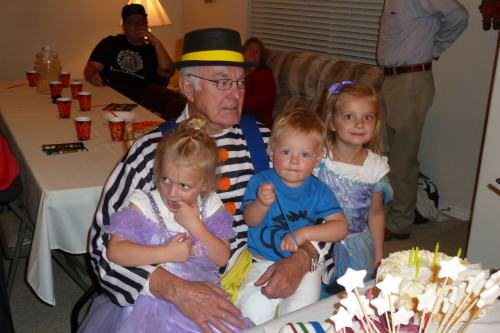 Here are all the kids on Halloween: 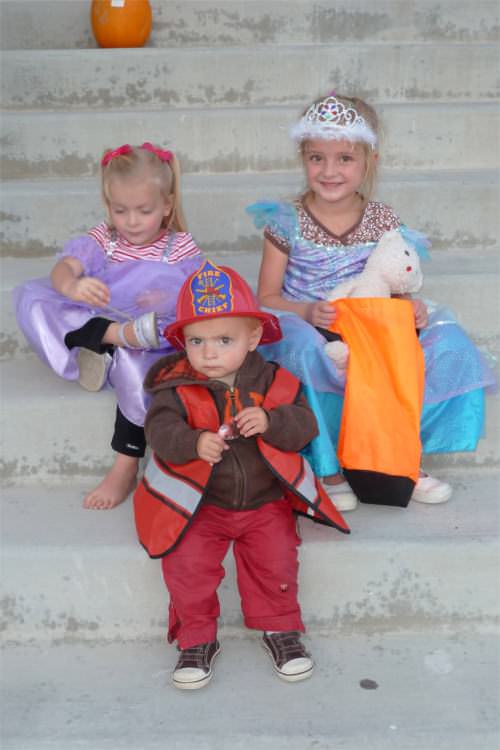 Oh my goodness this fireman was cute: 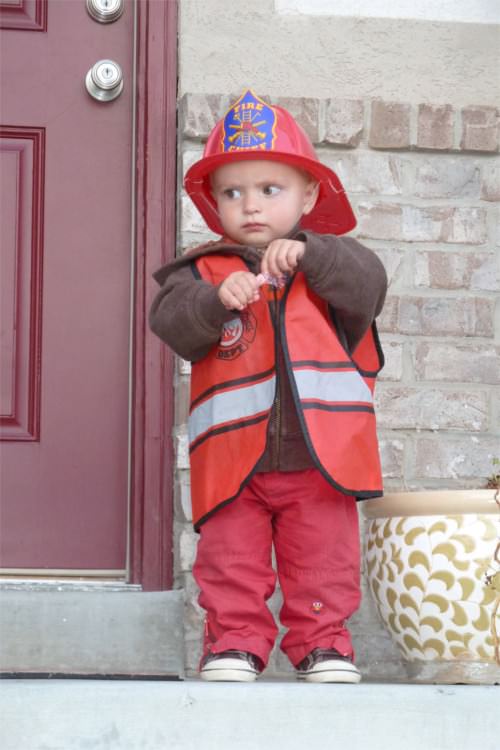 After trick or treating Brooke got right to work inspecting her candy and organizing it all: 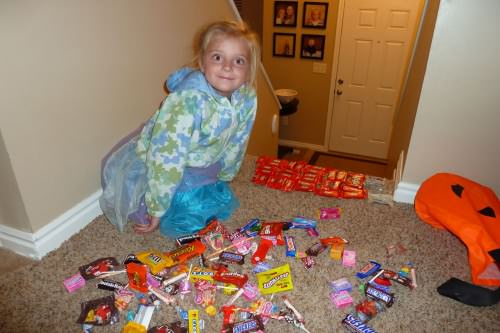 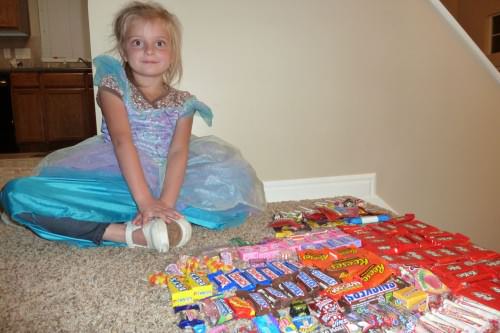 Organizing candy ended up being a really fun game, and Brooke and Caroline periodically dumped everything out to make designs with it: 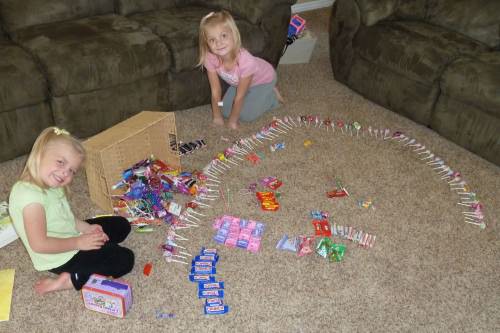 We finally got around to carving pumpkins (the day after Halloween): 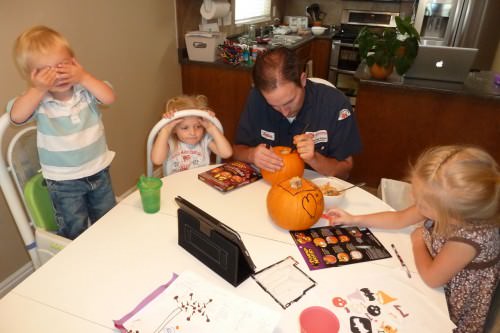 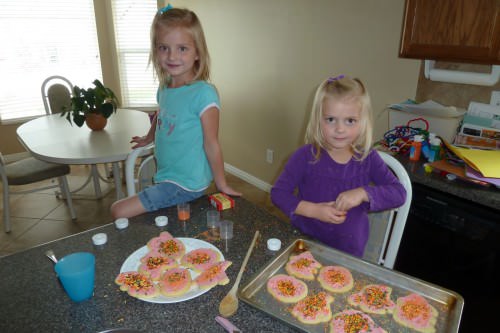 We went to our ward trunk-or-treat.  The table decorations were so cute I just had to take pictures: 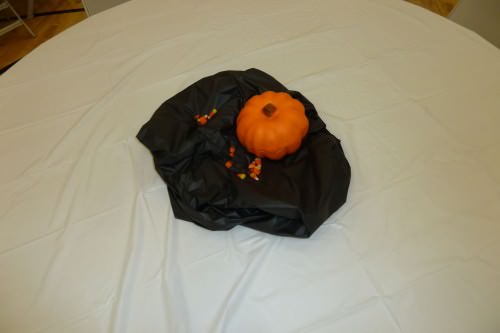 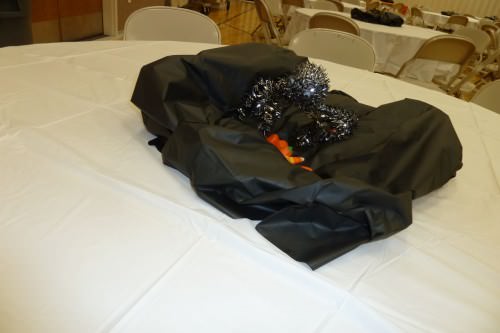 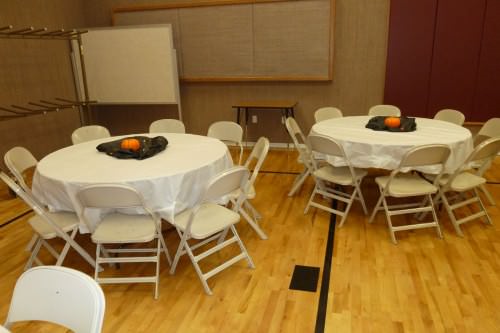 Okay, so full disclosure – I was in charge of the table decorations.  I am not good at this sort of thing so frantic phone calls may or may not have been made to my sister.  After all my stressing she wanted to see how they turned out so those last three pictures are for her benefit.  (The middle picture has a tinsel spider on it, by the way.  Sort of hard to tell.  And yes, I got the pumpkins and spiders from where else — the Dollar Store.)  Feel free to add any of these pictures to your Pinterest inspiration boards.  I fully expect these centerpieces to take the Internet by storm.

Pumpkin Patch Our Own Van Gogh