Brooke’s artwork has continued to bring a smile to my face.  One day she came home from school talking about music class.  As she was prattling on, she drew the following picture.  I was amazed that she knew the f meant to sing loudly and the p meant to be quieter.  She even had the crescendo and decrescendo drawn out! 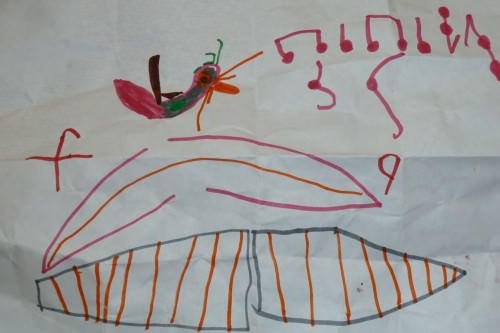 This is a house that she drew.  The green triangles are bells.  They are attached to the doorknobs by strings so when you open the door, the bell rings: 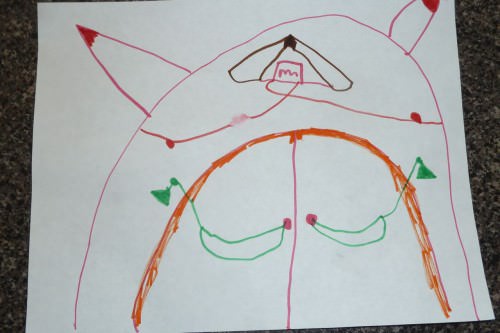 Occasionally I will find doodles on Brooke’s schoolwork.  That’s a seesaw that she drew under her name: 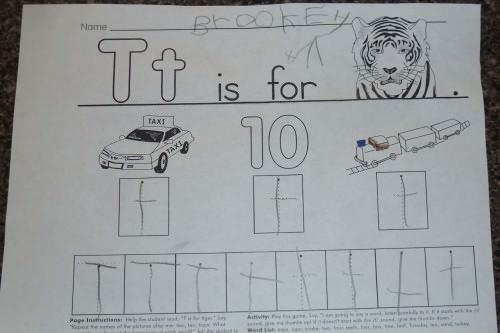 I asked Brooke about the following doodles.  She said that in the brown box she was trying to draw Wall-E to show the girl sitting next to her but she ran out of space.  The blue rectangle was a game board and the smaller rectangle is the deck of cards to draw from: 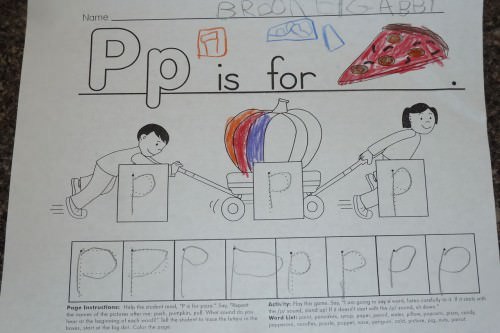 What are those scribbles above the R?  A roller coaster: 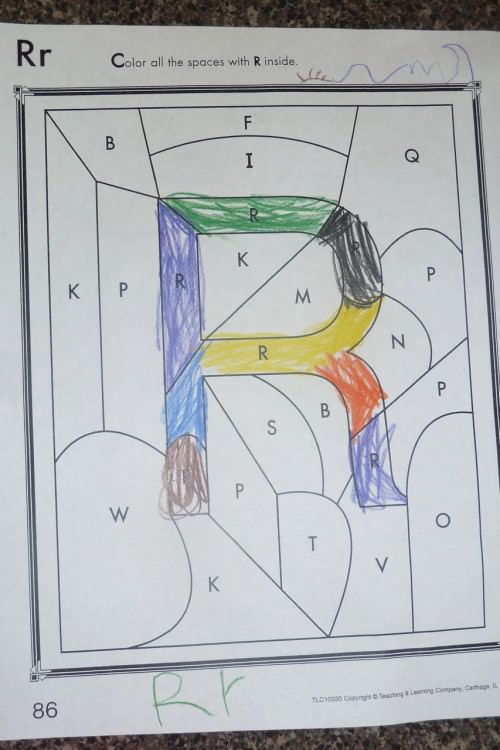 Here’s Dallas coming home from work.  That’s a heart above his head: 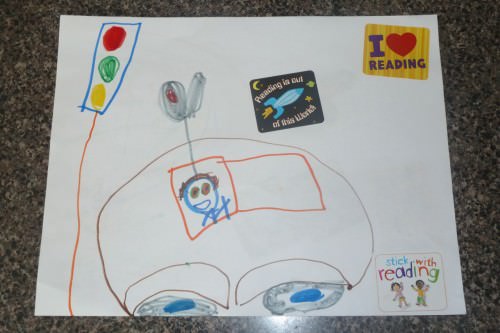 Here’s Brooke in her bed at night thinking about her best friend, Ania, who we moved away from.  Brooke is still deeply mourning that loss: 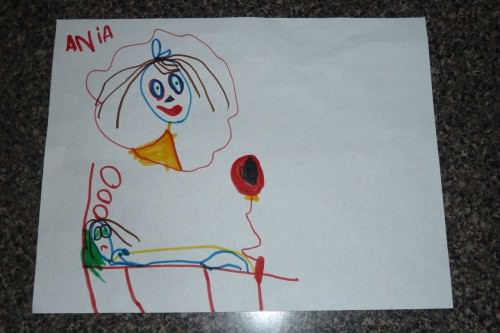 And finally, Brooke made a robot: 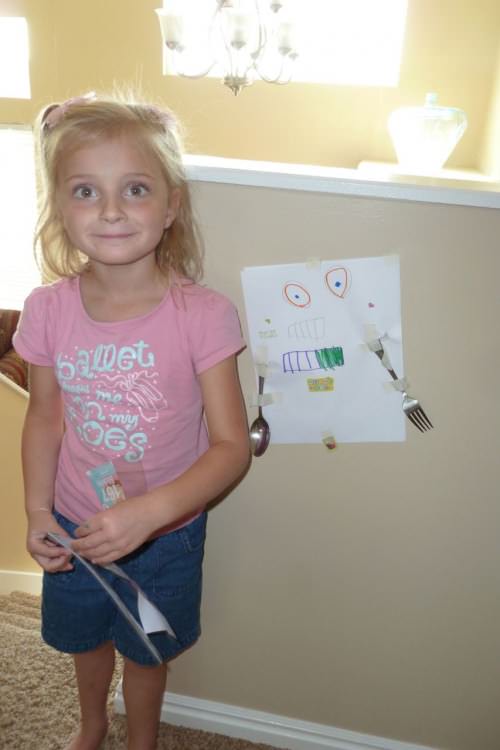 We had parent teacher conferences tonight with Brooke’s kindergarten teacher.  Her teacher remarked about how creative Brooke is.  I think I definitely agree!

A Quick Video A Witchy Night