The other day I went into the basement and saw someone had drawn people all over our whiteboard down there.  I couldn’t figure out who had done it since it didn’t look like the people Brooke or Caroline draw and Spencer doesn’t draw according to all I thought I knew about him.

I must have wondered aloud who the artist was because Spencer came up behind me and said he drew the people.  I didn’t believe him so I asked him to draw me some more while I watched.  Sure enough – he was the artist. 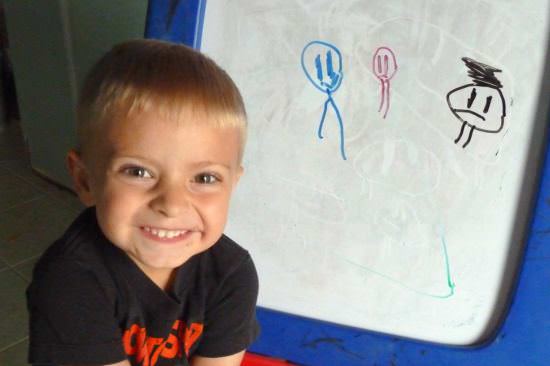 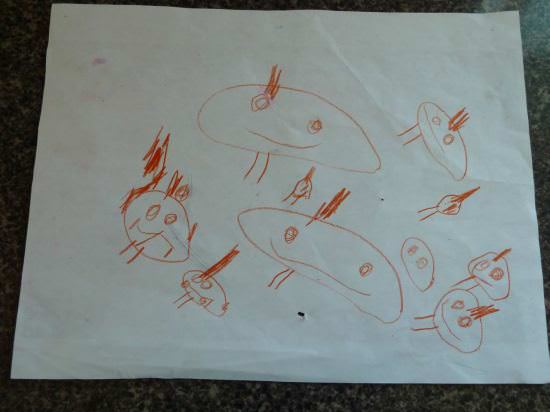 They’re pretty versatile.  He discovered if you give the guy just one eyeball he turns into Mike Wazowski: 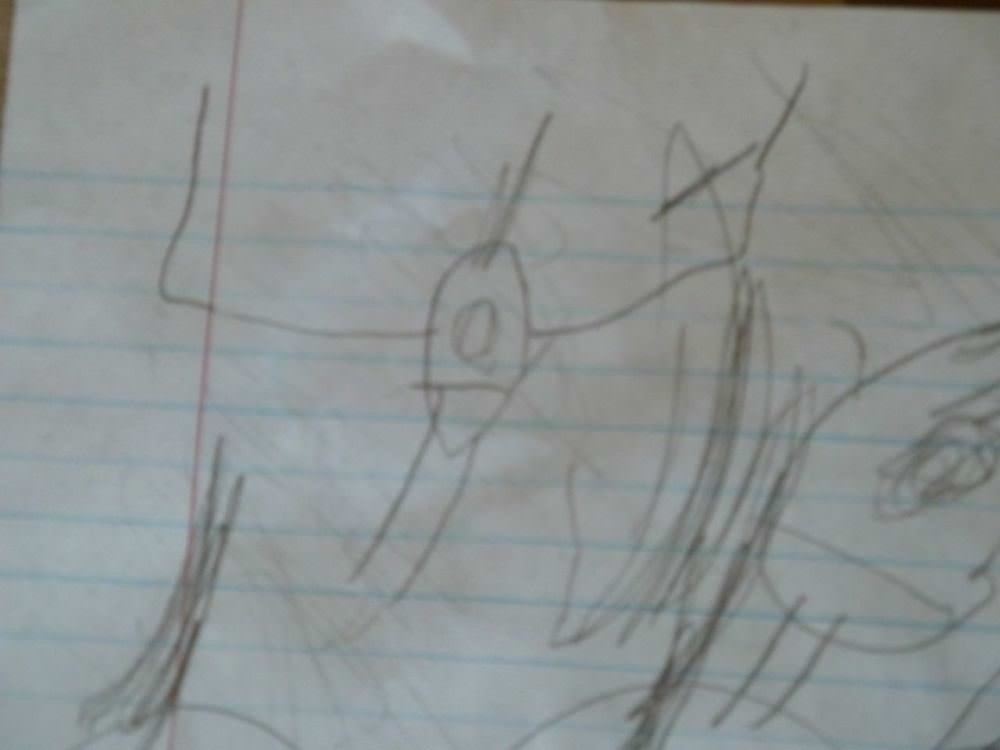 Add a nose and a stem and he was thrilled to create a portrait of his Halloween pumpkin: 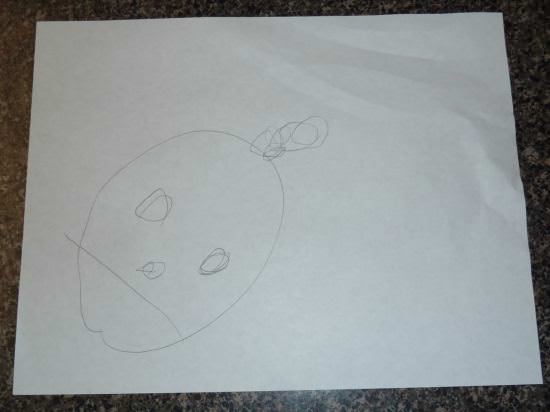