Well, I started this blog entry but I never got around to finishing it so I’m just going to post as it is.

Best Day: June 3
Why? I don’t know. I was just basing my answer from the movie Miss Congeniality when the contestant was asked “describe your perfect date”. It’s also Brooke’s birthday. So that makes it even more special.

Best Movie: Ratatouille
Any time Pixar comes out with a movie they are automatically the best movie. I’m a big fan of Pixar movies. The short film “Lifted” which is included on the Ratatouille DVD is hilarious. I love how they are able to convey everything without even speaking a word. Watch out for Wall*e next years Best Movie of the Year. Very exciting!

I know that this movie is a bit old to be even remembered, but this year was the first year I have ever seen the movie and it is by far the worst movie I have seen this year. I love The Beatles and The Bee Gees, but this movie is seriously…. I don’t even know what to say about it it’s that bad.

Sweetest Movie Poster: Indiana Jones and the Kingdom of the Crystal Skull

You mean they are actually coming out with Indiana Jones 4?! I know I have been waiting for this movie for the last ten years since I started hearing rumors. I just hope it is classic Indiana Jones style that satisfies the few adolescent fantasies I can still remember.

People We Won’t Miss in 2008:
Anna Nicole Smith (Obnoxious)
Britney Spears (We can hope we don’t see her next year after her career suicide)

Sorry about all of the problems with accessing our blog.Â  We are not currently feeling the love from our service provider.Â  I have asked for help from our provider and hopefully they will fix the problem so you won’t have any more problems looking at your favorite blog.Â  I’m just worried that they won’t have a solution to our problem and we will have to move shop somewhere else.Â  Please be patient for now.

We went to the BYU vs Idaho State basketball game The ball flew through the air and dropped in the basket. The crowd would cheer, thus giving Brooke a fright and her first experience of a large sporting event. Brooke is wearing her new XL BYU shirt. 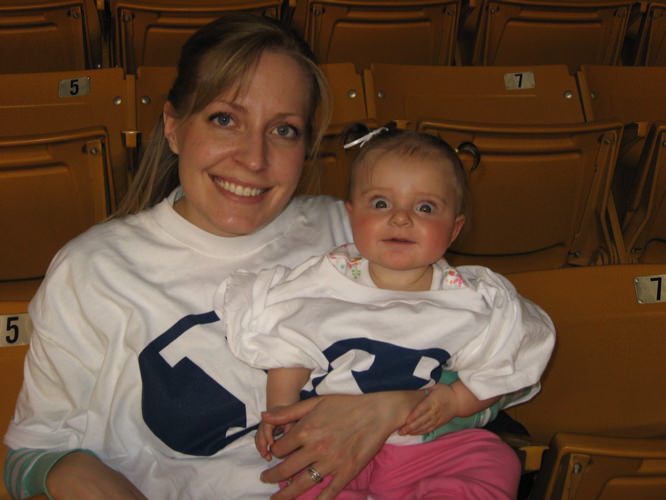 As we were leaving, the weather was so cold that we wrapped her up in her BYU shirt. Little orphan Brooke. She hasn’t figured out that she should squint her eyes in cold weather so her eyes were watering. 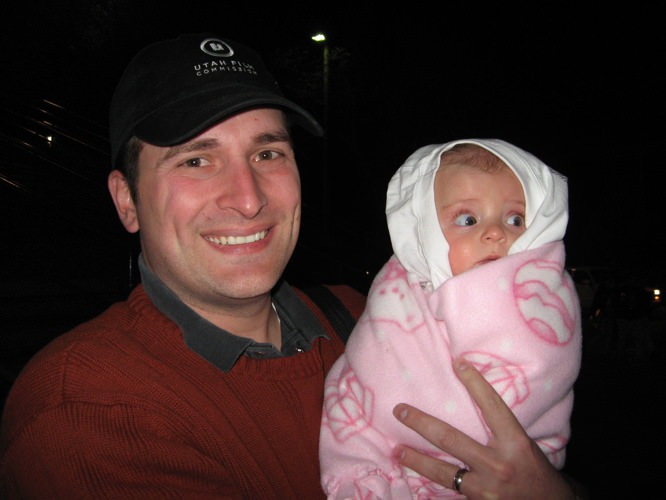 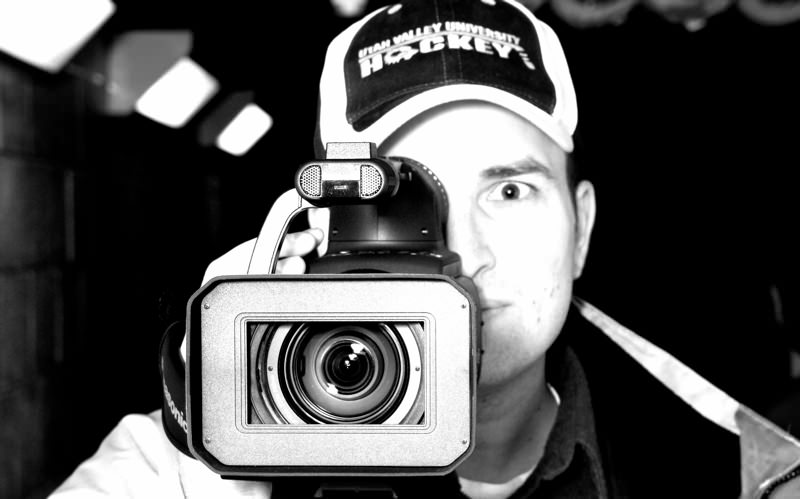 I’ve been in Denver for the last couple of days filming the Utah Valley University hockey team’s games.Â  It been a good trip.Â  I can’t say that we have done anything that I have been too excited about. Â  Mostly we are at the hotel with nothing to do and no way of getting to the places where there is something to do.

As the title of this entry states “shooting in Denver” that has a double meaning.Â  On the night we got here there was a gang shooting about half a mile away from the hotel.Â  As a result, the coach has been a little more cautious about us leaving the hotel at night.

The games have been a bust.Â  The first game was cancelled because the referees didn’t show up.Â  The second game I had to film through a net and the footage was not great as a result.Â  UVU did win the game.

Tonight UVU plays Colorado who is ranked #1 and UVU is #2.Â  It should be a good game.

I’ve been traveling with the Utah Valley University hockey team filming all of their games. Last month we went to Rochester New York for a couple of games there. We were also able to visit the Smith farm, the Sacred Grove, Palmyra, and the Hill Cumorah. Here are some pictures.

This is of the Hill Cumorah where Joseph Smith got the plates. 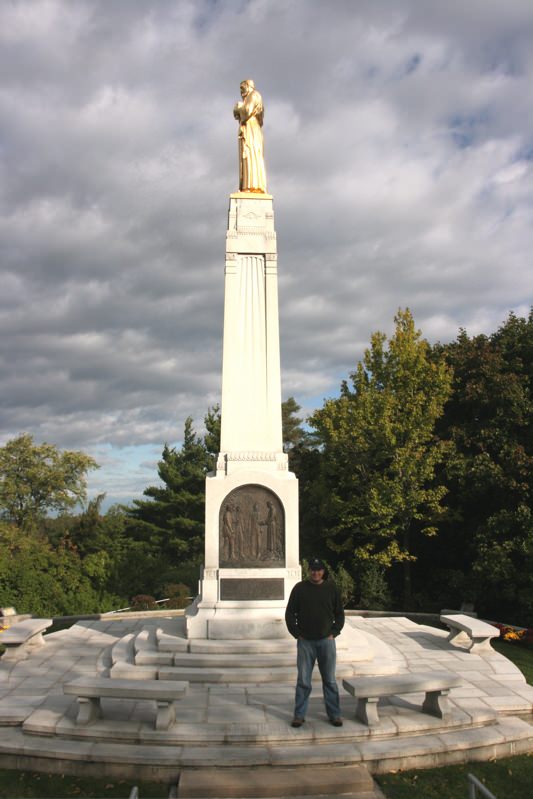 I’m in the Smith’s kitchen. 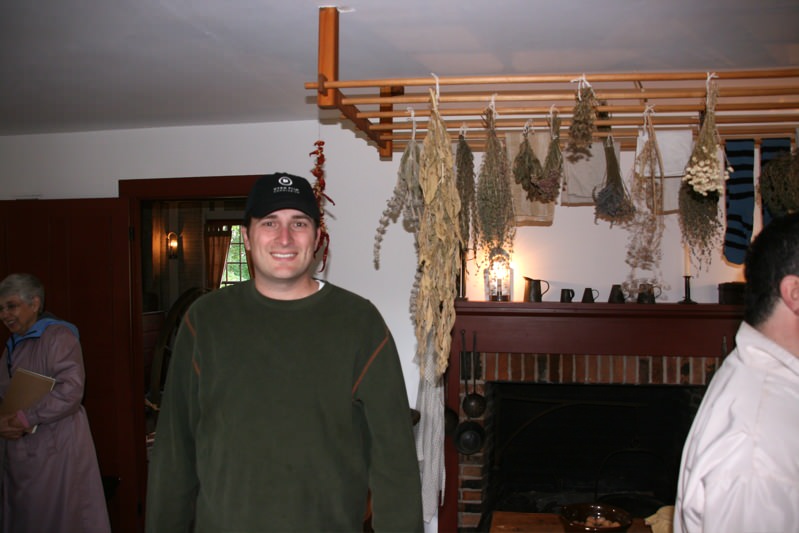 I found a four-leaf clover in the yard behind the Smith farm. 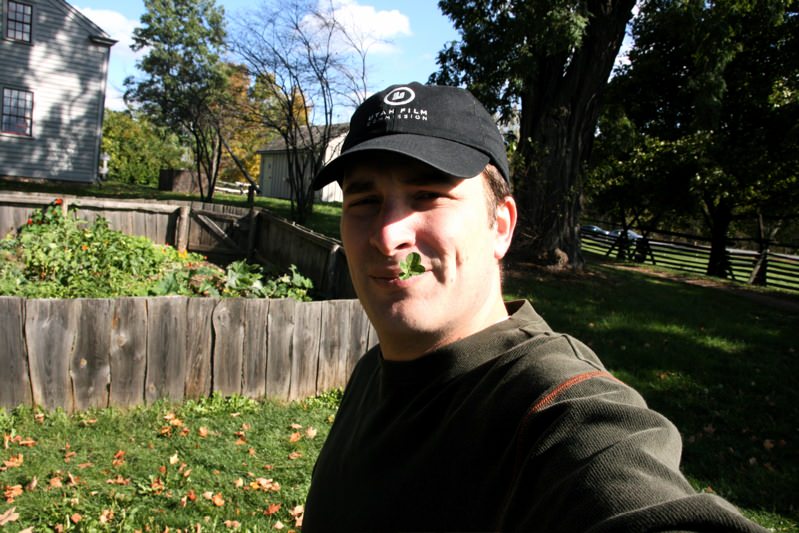 This is the Sacred Grove. 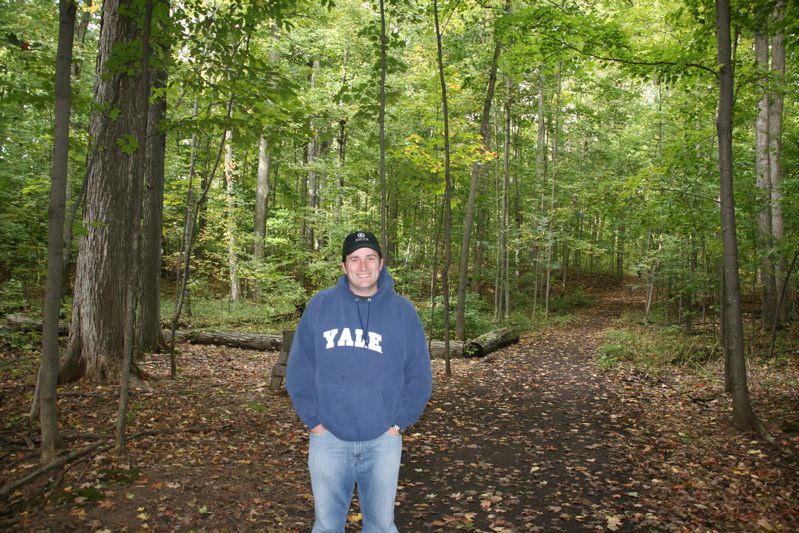 The Granden Press where the first Book of Mormon was published. 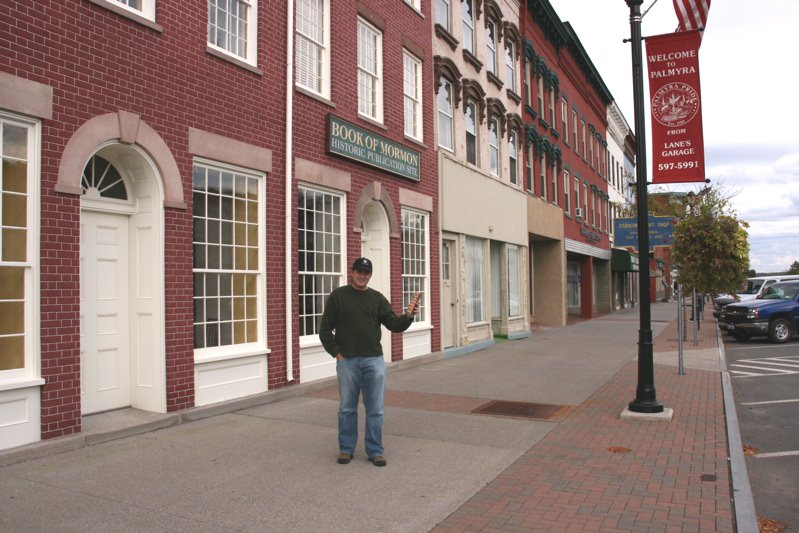