Folks, I have gotten so far behind that you’re about to get picture dumped to death. Here’s the first of who knows how many installments. 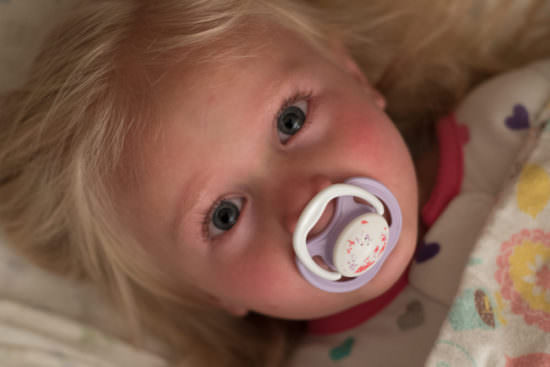 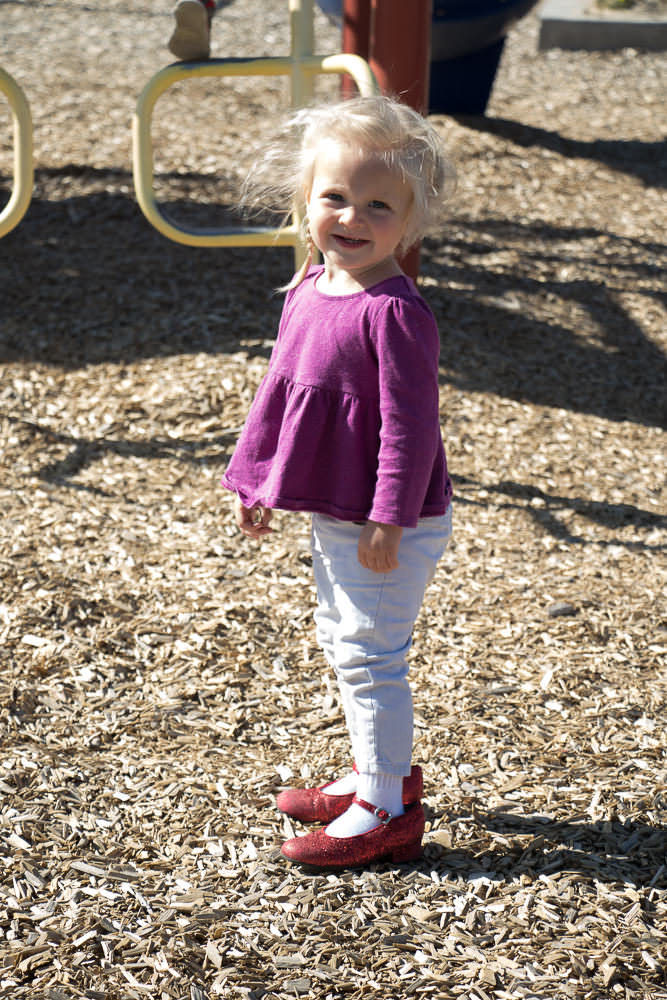 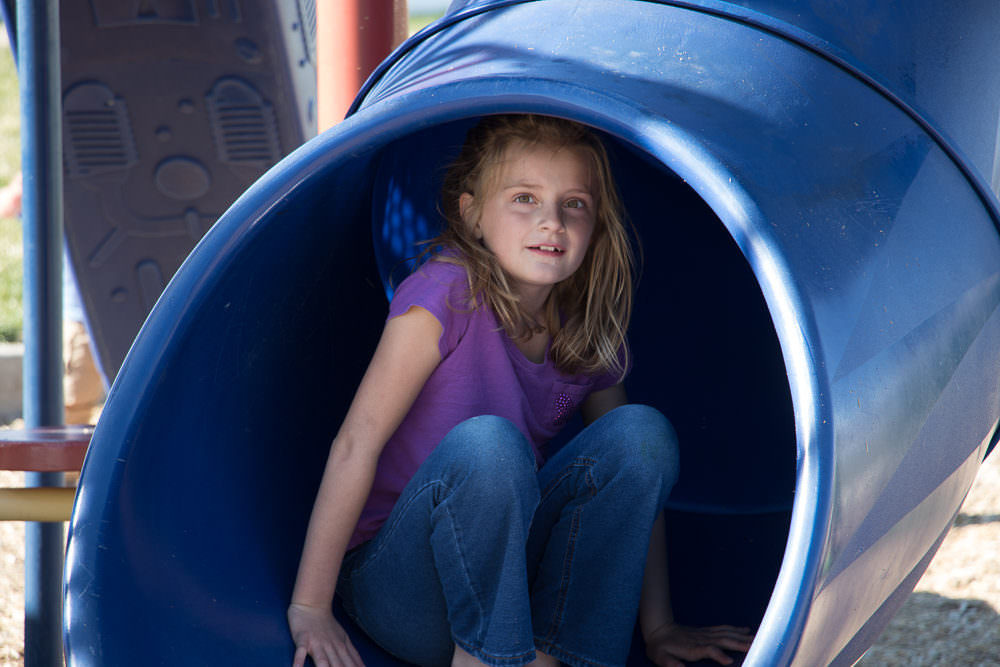 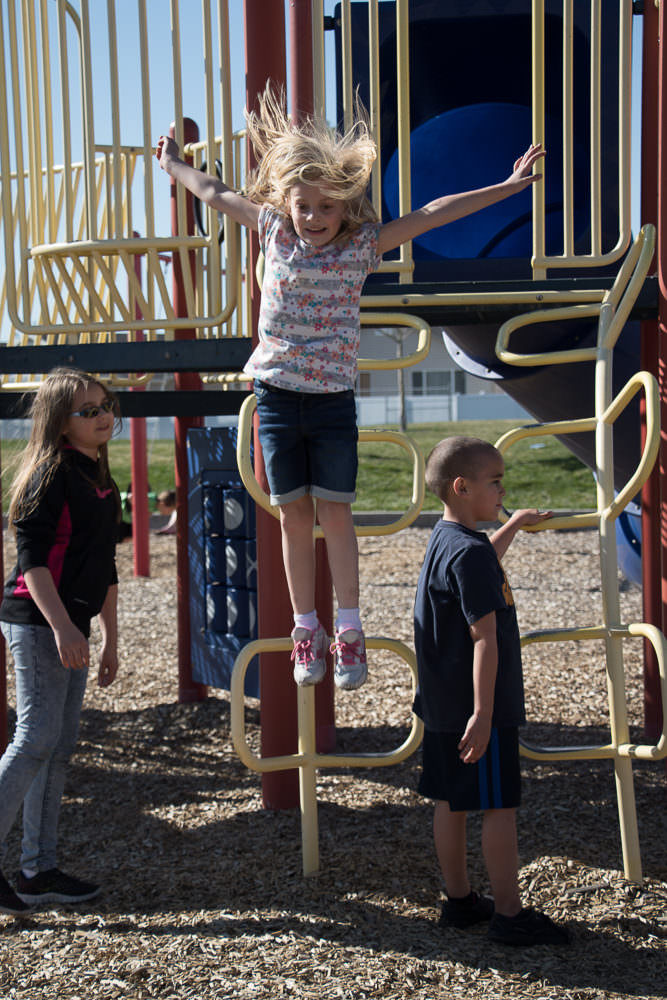 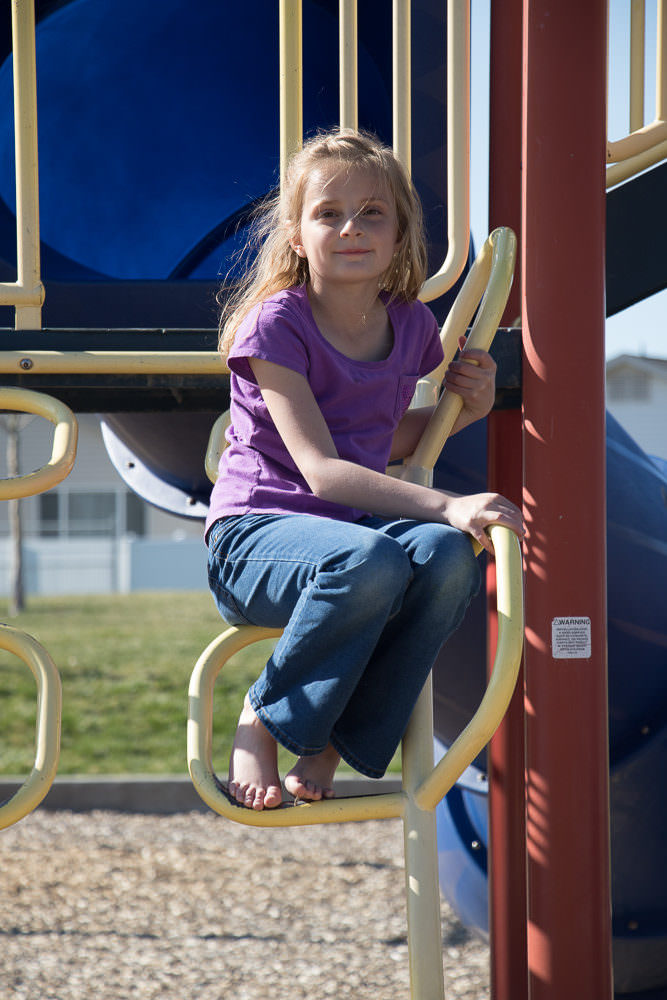 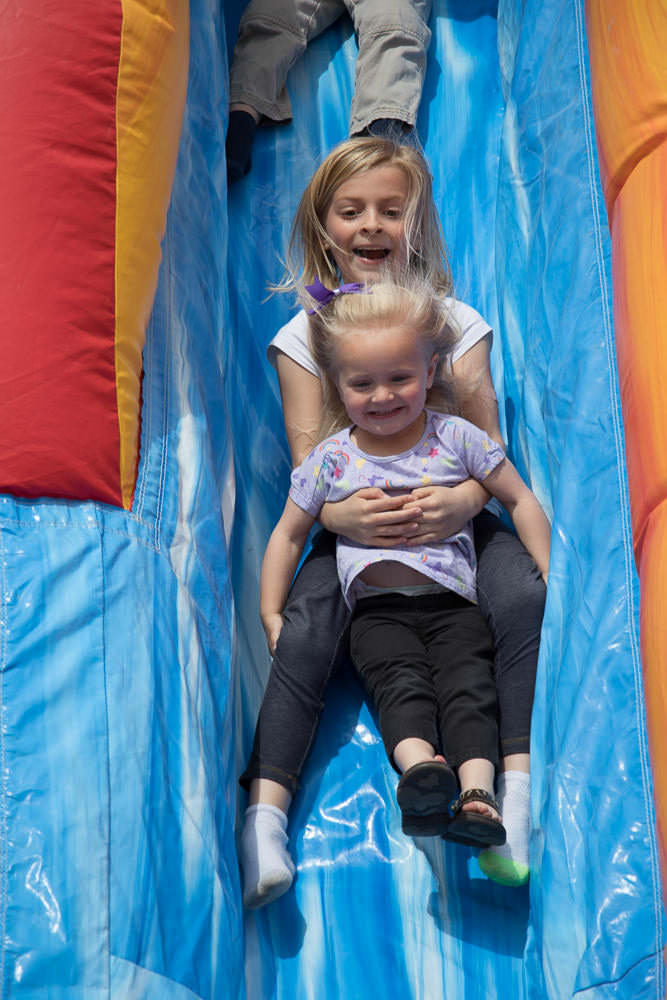 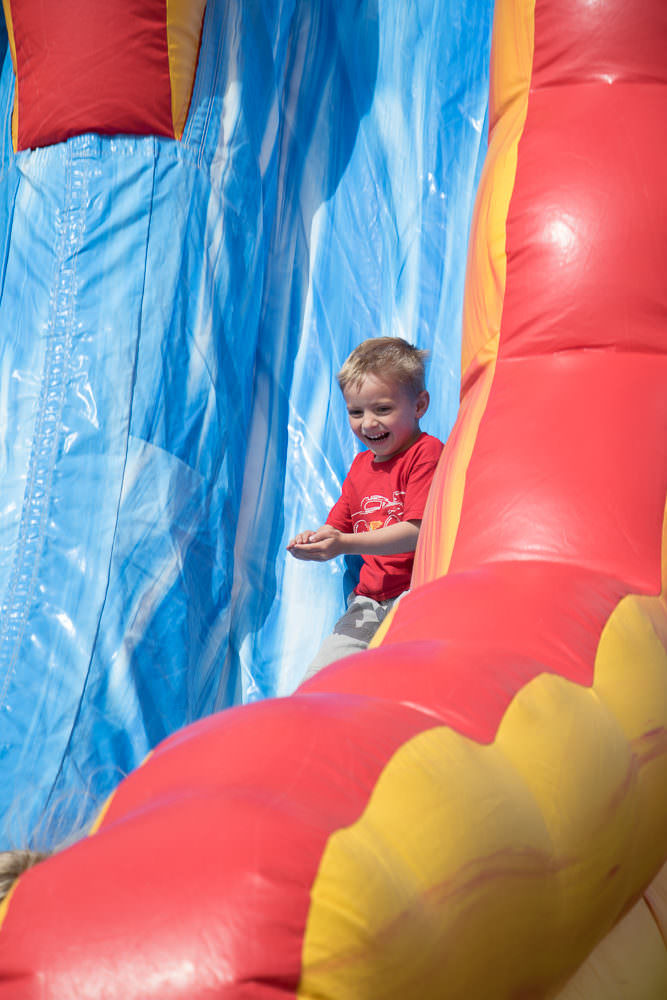 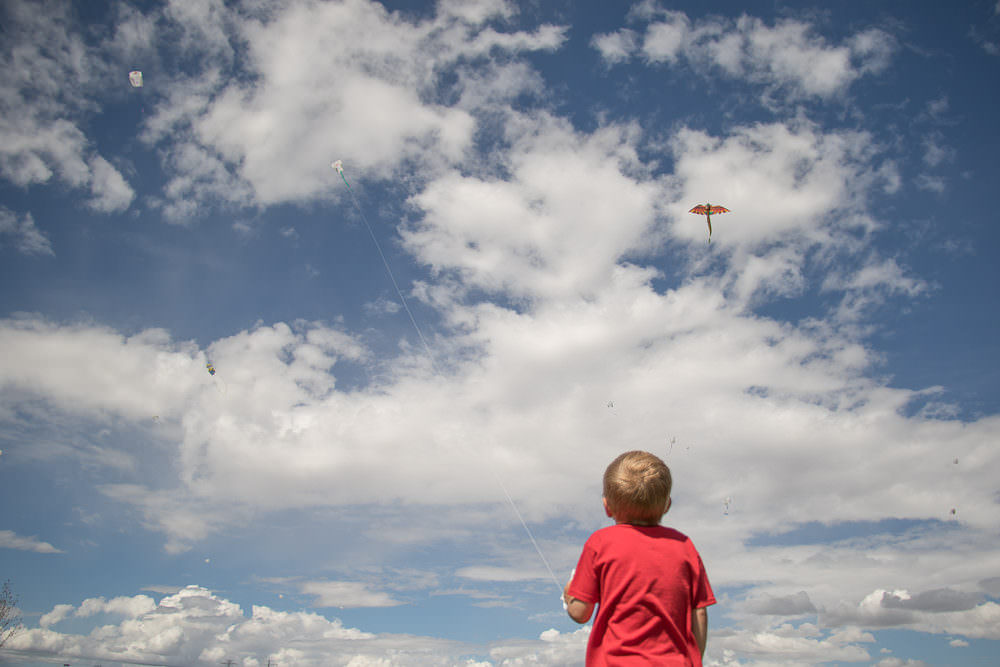 Dallas and his friend, Alvin: 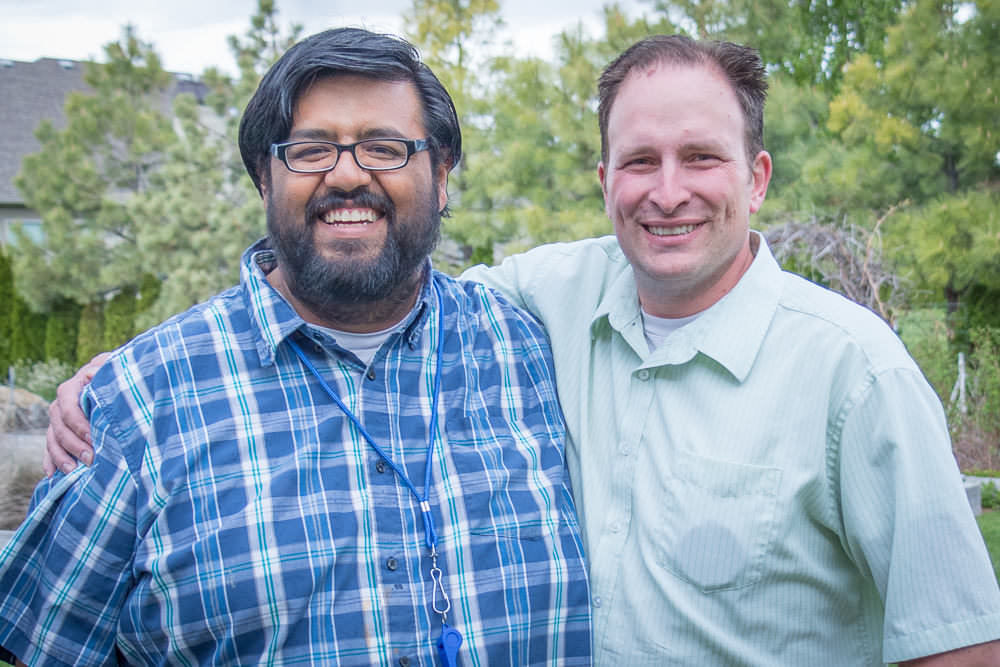 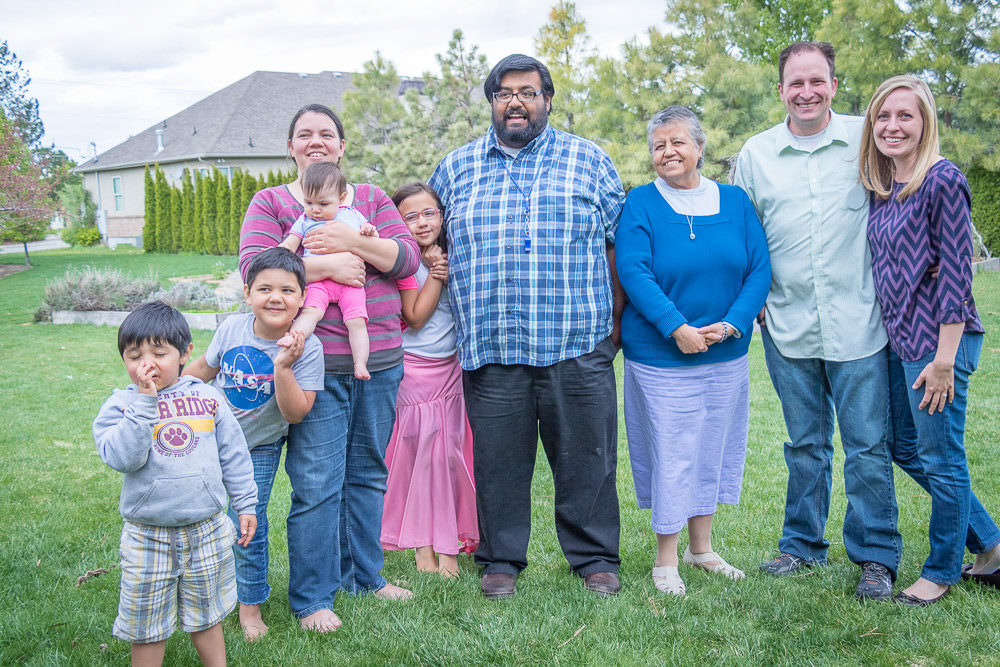 Once again I have a million pictures saved up that I feel compelled to show you, so here’s another installment of Potpourri!

The kids wanted to go to Yogurtland.  Dallas said it was too expensive and that we could have a similar experience buying our own ingredients and doing it at home.  Then he proceeded to go to the store and spend more money on ice cream and toppings than we would have had we gone to Yogurtland in the first place.  (Dallas would like to point out that at least we got multiple servings from the ingredients he bought.) Either way, we all had fun:

Dallas allowed us an authentic trip to Yogurtland. (It was the day they were giving out yogurt for free.)

Dallas had a birthday (…four months ago…):

Brooke made a stuffed pony:

Dallas thought Spencer needed a stuffed animal so he got him a Hobbes tiger.  Spencer loved him immediately:

We’ve been trying to be better at using our children for slave labor while we sit back and take pictures:

I stumbled upon the kids and this setup.  I asked what was going on.  Caroline was in the baby’s room speaking into the monitor so her voice was projecting into the living room where the rest of the kids (and stuffed animals) were in “church” listening.

Brooke made a house:

Apparently the kids felt like we didn’t get enough use out of our sleds this year during our winter of no snow so they pulled them out of the garage and gave each other sled rides:

When we’re outside Madison heads straight for our porch stairs because she loves nothing more than to perch precariously on slabs of cement, threatening to fall with each movement, and smiling at me as I save her from tumbling to her death.

One day Caroline gave herself the job of keeping Madison off the stairs.  She started off with just using the umbrella to keep her away.  Here she’s introduced the sled as another obstacle, or as Caroline explains, “Madison is on Level 2.”

Madison with her cute cousin:

Brooke learned how to weave paper baskets at school and came home excited to show us her new talent.  She made Madison an Easter basket which doubles as a helmet:

Madison has taken a liking to sleeping with her doll:

Spencer told us Hobbes was trying to get on the couch:

Then Spence put Hobbes to bed along with all of his prized possessions:

Now how about some pictures with no captions?

I did a post all about Madison and meant to follow it right up with this post about what everyone else has been up to…and it’s taken me weeks to get to it.  Better late than never?

We happened upon fire safety day at the library and Spencer got a hat.  He wore it everywhere we went for two weeks straight.  Once we were in the car headed to the store and he realized he had forgotten his beloved hat.  Oh the tears.  I must admit – I loved my little fireman errand buddy.

We enrolled Caroline in a gymnastics class.  She loved it and I was so impressed with all she learned.

The kids had their dental checkup.  Somehow I heard the words “no cavities” from the dentist after which I nearly had to be treated for shock:

When the weather was nice the kids really got into making chalk cities on the driveway:

The kids love play-doh and while it does make a mess, it also keeps them happy for hours so I love it, too.

Every morning I have two peanut butter toast for breakfast.  One morning Brooke made the toast for me…and positioned them into a heart:

I got to go on a field trip with Caroline to the farm:

Dallas trying to get Madison to crawl:

Brooke wanted to sketch Caroline’s portrait.  She got her dressed up and is working to position her in the right pose:

The kids have been playing school a lot lately and it’s adorable:

We like to walk to school when the weather permits.  We bundle Madison up so only her eyes show and we never know how Spencer will accessorize for the journey.  Usually it’s with his fireman hat and clutching his lawn mower, but today it was goggles and a butterfly net:

The girls had crazy hair day.  Brooke won a prize for her crazy hair!

We went to the Discovery Gateway Museum.  Brooke made this:

An employee passed by and glanced over.  She stopped in her tracks and exclaimed, “Oh my gosh!  She made a horse!”  Yes she did.  She can turn anything into a horse!

This round of potpourri has a lot of pictures of Madison looking cute.

She looks cute in her Dad’s arms:

And in her Mom’s arms:

And in Brooke’s arms:

And in Caroline’s arms:

And even in Spencer’s arms:

She looks cute holding a baby:

And wearing the crowns that Brooke and Caroline like to make for her:

Crying pictures are cute, too, right?

Such a sweet little baby:

Here’s someone in disguise:

We had our annual ward talent show.  Dallas had the brilliant idea of putting Brooke’s stop motions on a disc and playing them on a loop so people could watch them.  I loved seeing Brooke so proud of her movies.  She kept a constant eye on the TV and just beamed when she saw people stop to watch them:

I’ve been getting some family movies from the library for us to watch and have enjoyed exposing the kids to stories that aren’t just cartoons.  I got Dolphin Tale a little while ago which is the true story of Winter, a dolphin, who had to get his tail cut off.  The people in the story fit him with a prosthetic tail.  Brooke drew this picture after watching it:

(The boy off to the side is saying, “You have to Winter” meaning he has to wear his prosthetic tail, and the girl in the water is saying, “Wear that Winter.”)

Spencer and Caroline made a huge road for cars out of all our pens and pencils:

Brooke learned how to ride a bike without training wheels!  Kind of.  She got the hang of it really fast but stopping is still a bit of a problem.

Brooke is very excited to go to college ever since I told her she gets to live in a dorm.

Brooke:  “You mean I can decorate it however I want?!”

Me:  “Yes!” (and thinking…”Don’t you already decorate your room however you want?”)

She compiled a list of things she will need (translation in green):

Brooke’s future roommate, whoever you are, good luck.

I believe this is the first piece of artwork featured on our blog that Spencer did.  He colored this police car and I thought he did such a good job using lots of colors and staying mostly in the lines:

Caroline made a jellyfish in her preschool.  Brooke decided she also needed to make one.  The next morning I saw that the girls had made an entire habitat for their jellyfish:

Brooke lost her first tooth!  Red-letter day!  She had been DYING to lose a tooth.  When one finally became loose, she immediately got mad and felt betrayed by all her friends who had already lost teeth.  “No one ever told me having a loose tooth would hurt!”

Caroline made a house for her little Dora characters:

We asked Brooke to take a bath.  She insisted she needed a straw in order to do so.  A few minutes later we found her snorkeling:

Brooke found some fabric scraps and turned herself into Little Red Riding Hood:

As the weather has turned colder, I’ve resorted to pulling out our Play-Doh to keep the kids happy and occupied.  Works like a charm:

Spencer thought he looked so pretty with his “princess” on:

I taught Caroline’s preschool class.  Spencer looked so cute joining all the “big kids” for the art projects:

We went for a walk in the woods.  Brooke was excited to find acorns because she was just sure she could catch a squirrel now which I guess was a high priority for her.  She made up a little trap and monitored it constantly.  She couldn’t figure out why the squirrels weren’t taking the bait:

It’s about time we got a picture of Baby #4 up on the blog:

Our baby in utero has a much more pleasant profile than Spencer did on this day:

He fell no less than six times in one day and hit the exact same spot on his head each time.  It’s rough being little sometimes.