Spencer is Four! (and Has Been for Three Months)

Good news!  Our computer is doing much better.  Turns out we had a faulty, recalled video card which was screwing everything up, but Apple replaced it for free.  Praise Apple!  We still have a dorky camera situation going on, but I was able to go through the photos we have taken recently and realized I have some serious catching up to do.  Let’s start off with Spencer’s birthday back in March! 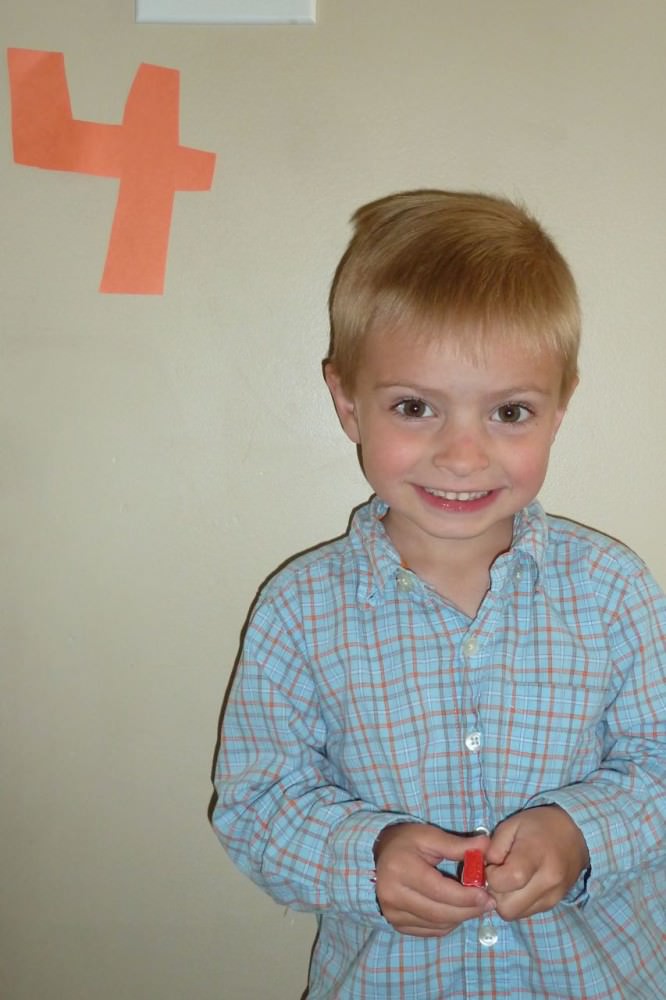 We should know by now not to be shocked at the impressiveness of Amanda’s skill, but neither Spencer nor I were prepared for the cake that Amanda created.  Behold: 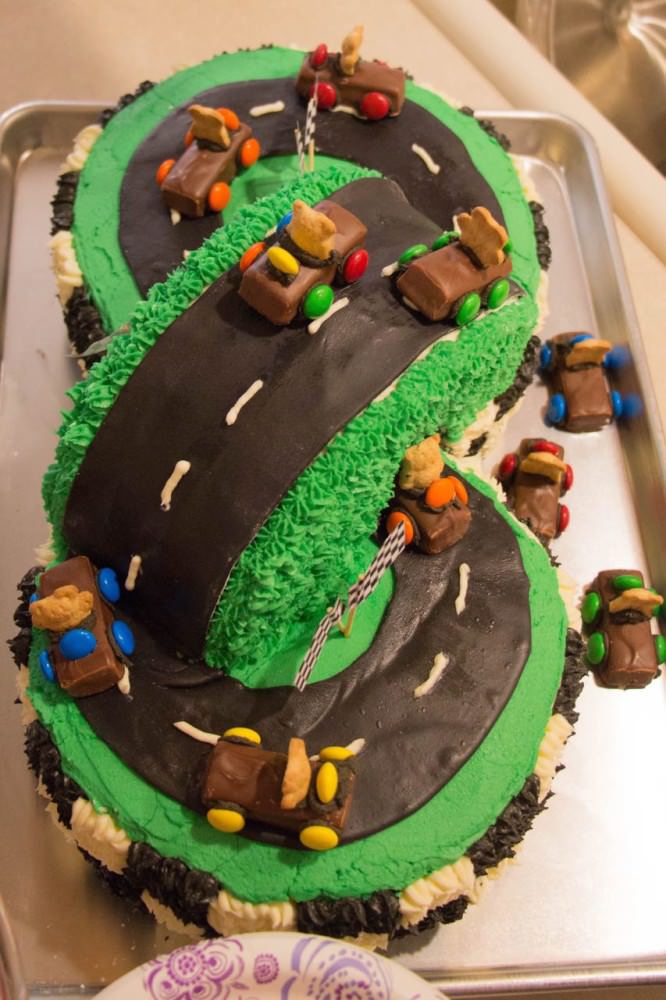 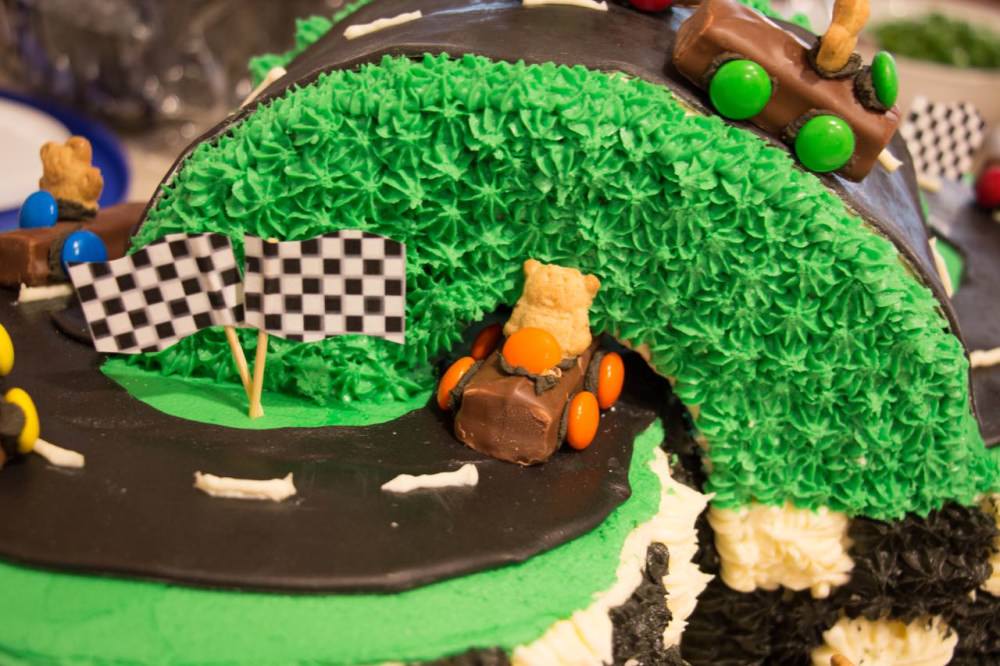 Spencer loved it.  He spent several minutes looking over ever detail of the cake, using his finger to drive the road, deciding which candy bar car he wanted to eat, and smiling over every detail.  Or maybe I should say half-smiling: 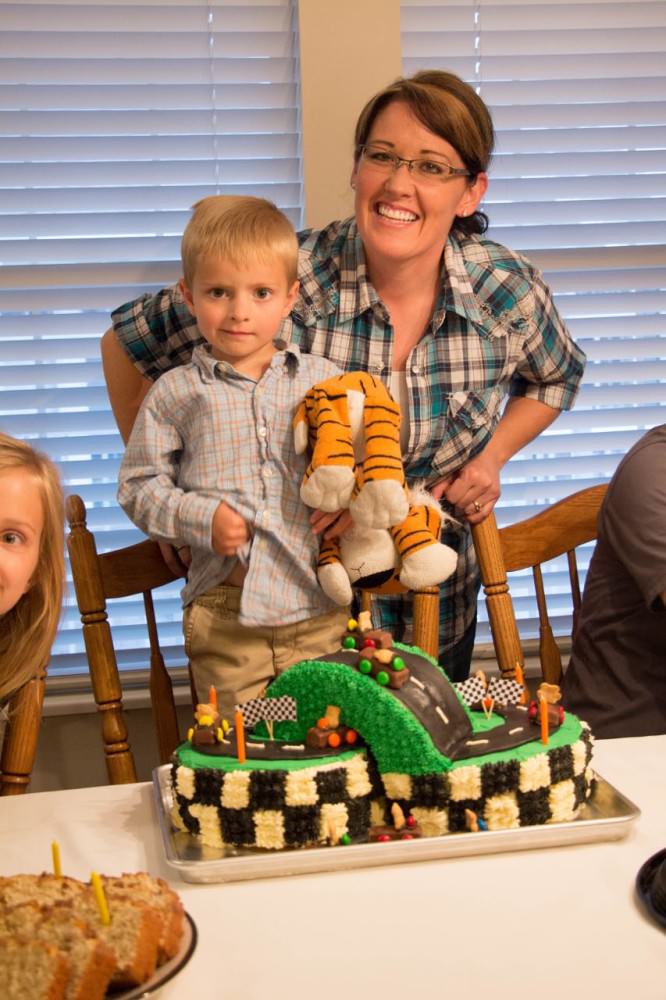 Trust me.  That’s one excited little boy right there.

Everyone crowded around Grandpa to help light the candles: 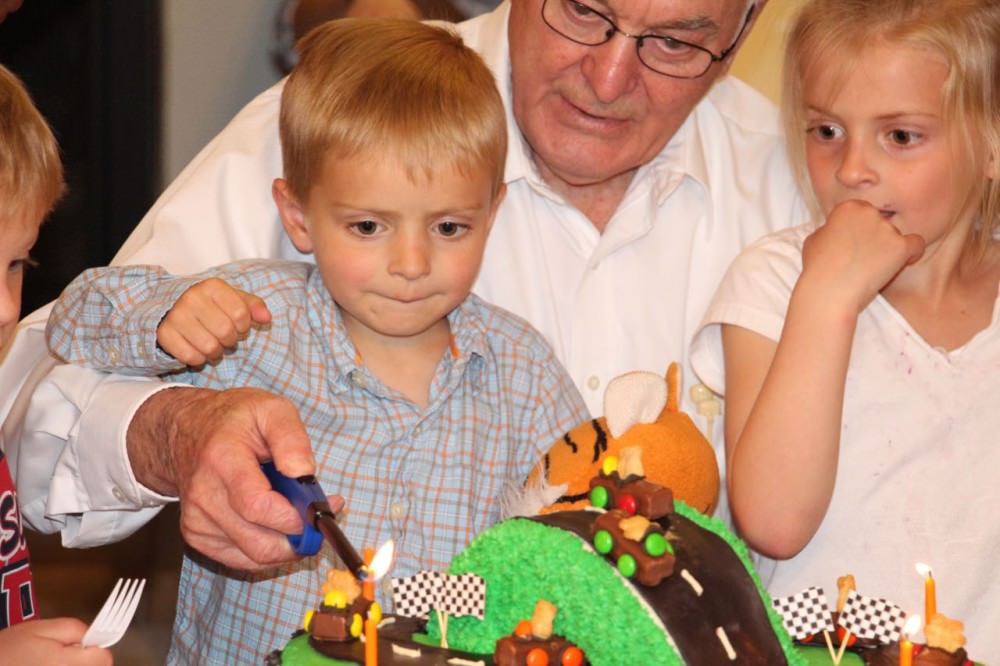 And then Grandpa had to cover some excited mouths to make sure Spencer had a chance to blow out the candles himself: 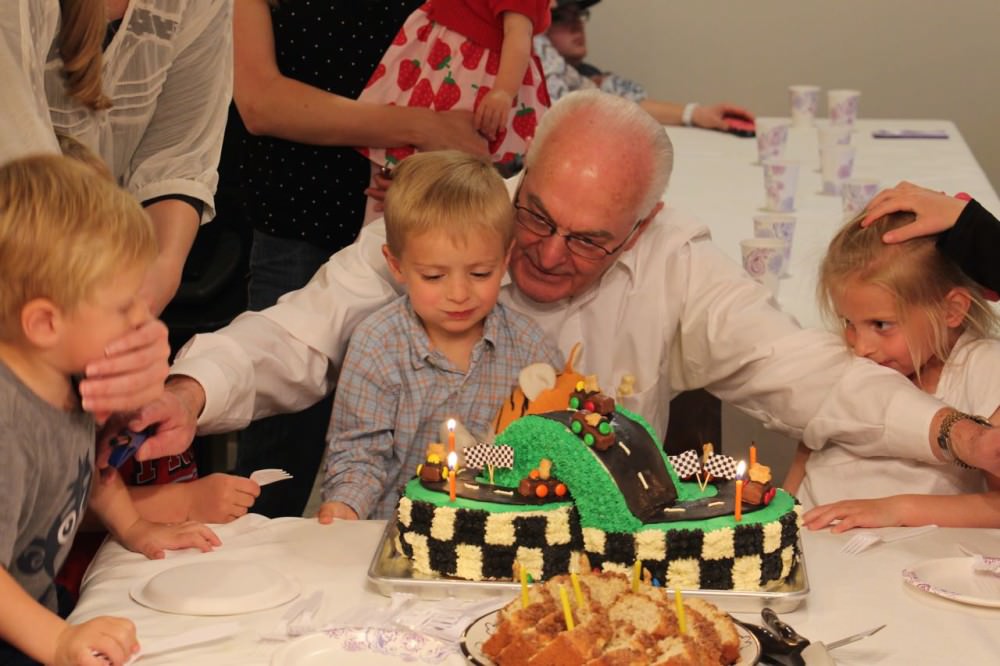 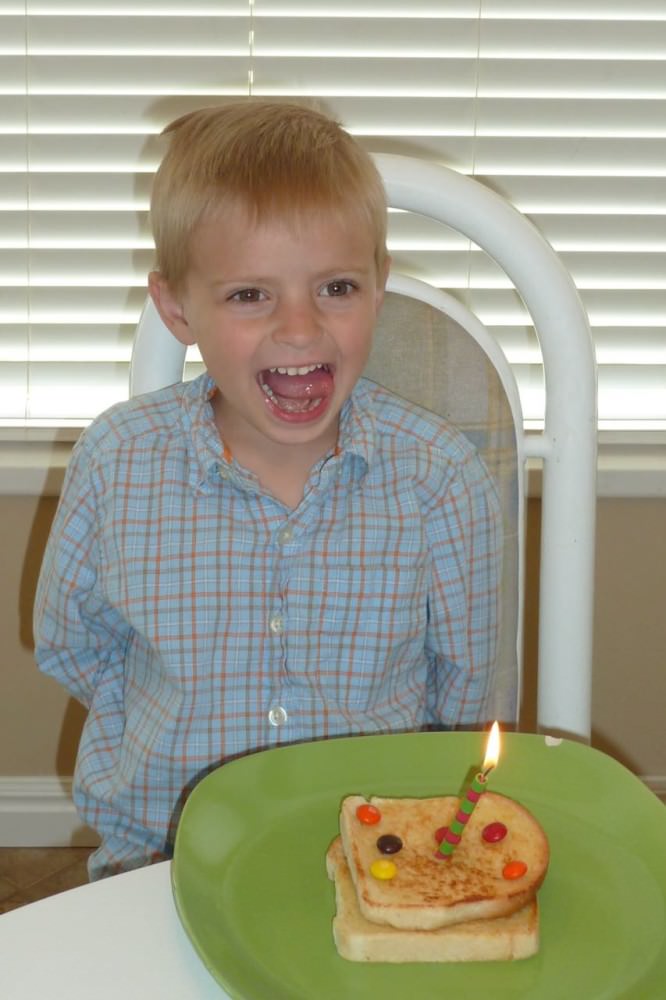 We have a bit of a situation going on over here.  Our camera broke.  We bought a new camera.  The new camera is horrible.  Now we’re trying to sell the new camera so we can buy anther camera which we hope will be better.  This means we haven’t been taking many pictures.  Add to that the fact that our computer is dying when we plug in the external hard drive that houses our old pictures and you can now understand why I haven’t been doing any blog posts as of late.  No pictures and no computer means things are pretty dire for our poor blog.

Luckily I realized I had some pictures stored in a draft that I never published so here we are!  These are pictures that the girls have done in the last many months. 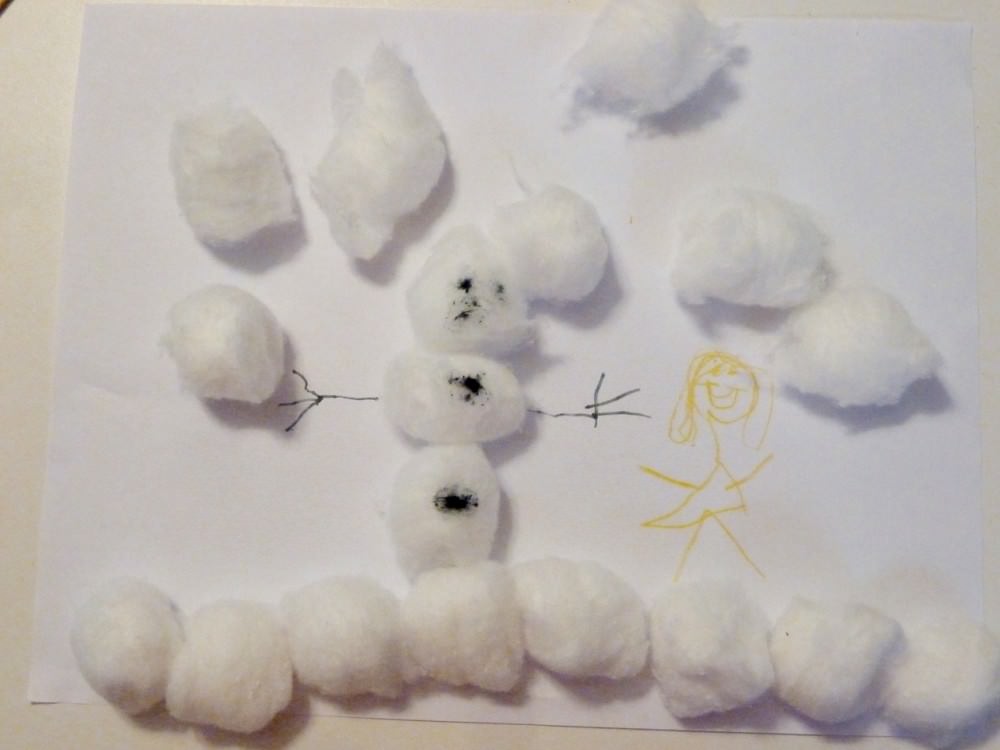 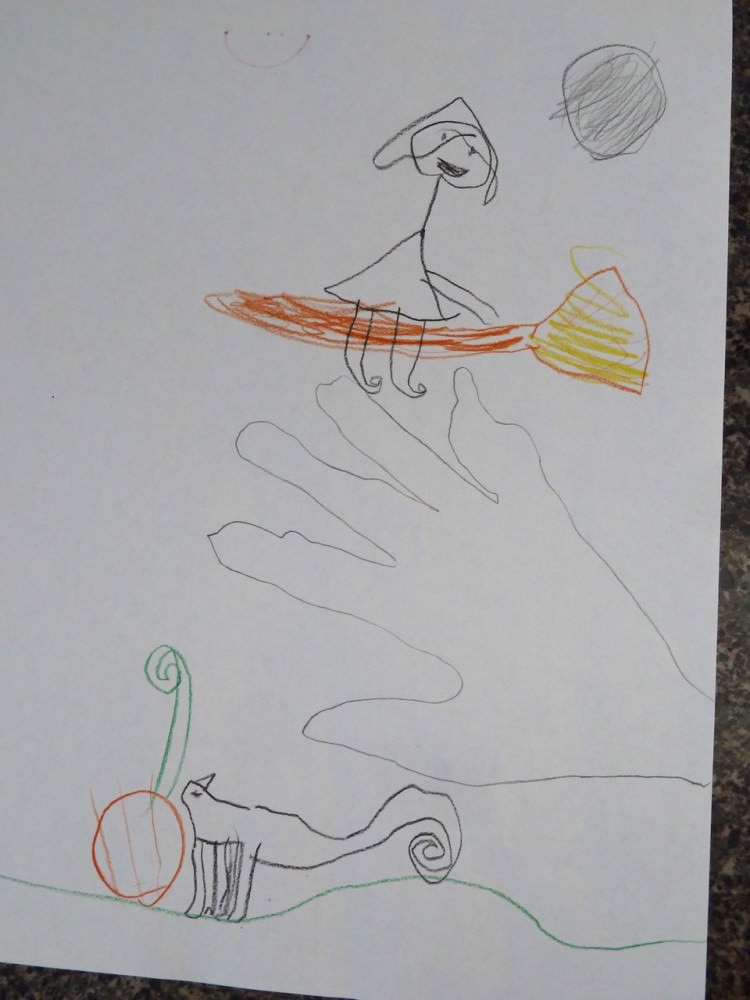 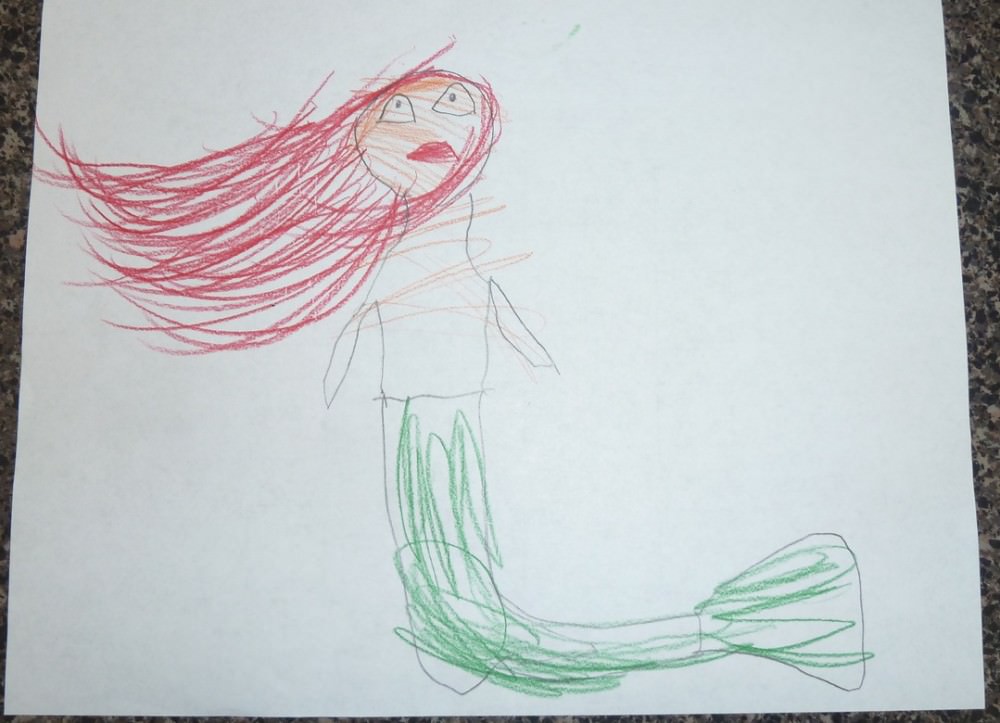 And here are some of Brooke’s drawings:

The Statue of Liberty “in pony”: 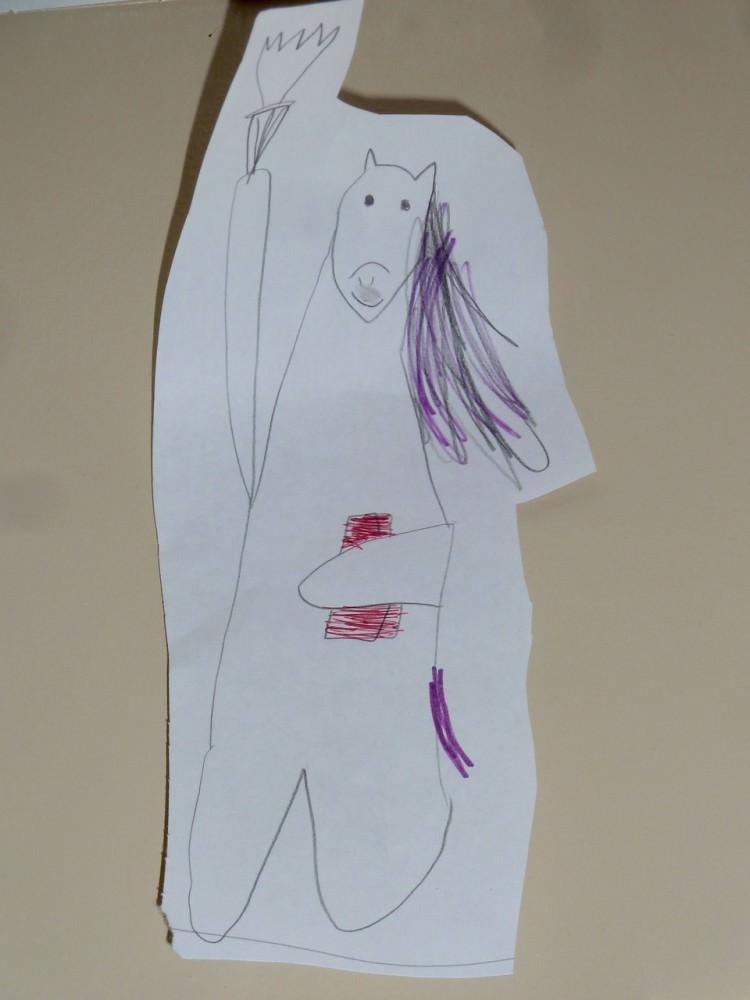 Her school paper when they were learning about similes: 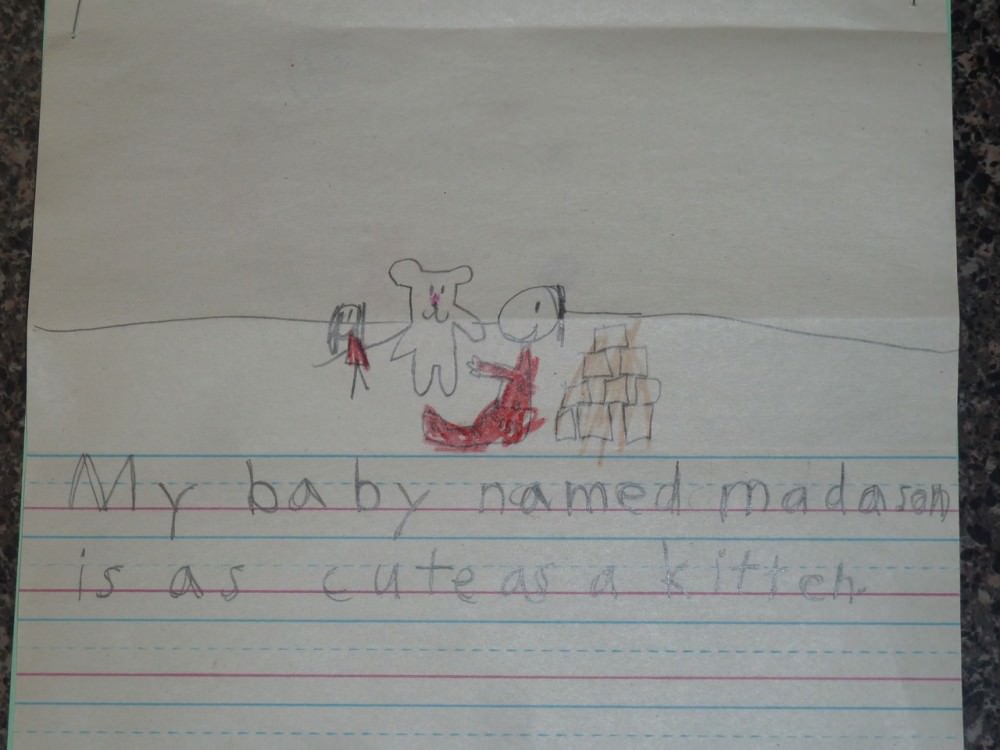 Dallas, likely sick and tired of seeing yet another pony picture, challenged Brooke to draw a superhero picture.  Challenge accepted: 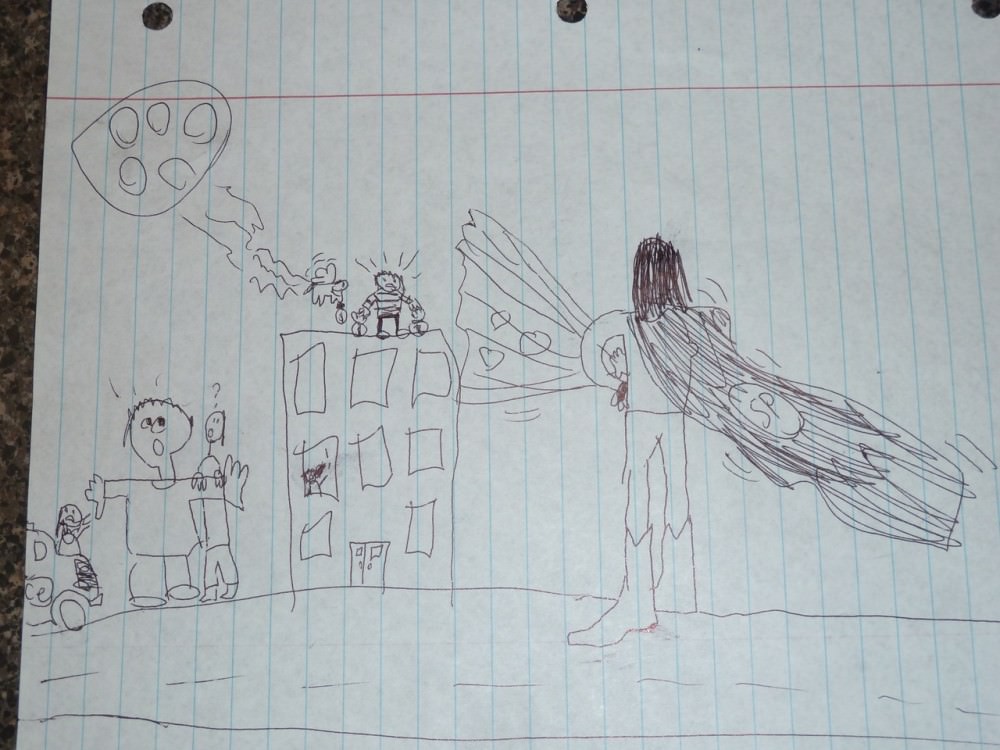 Things Brooke wants because if she has these things she could do new stop motions whenever she wanted: 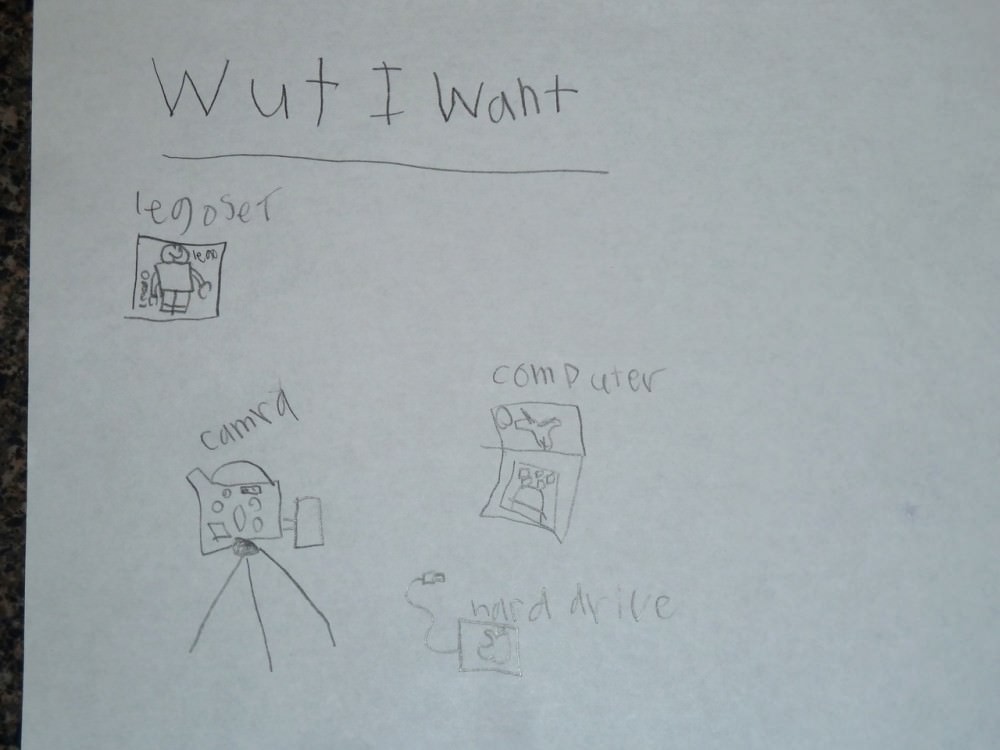 A letter to Santa (written no where near Christmastime): 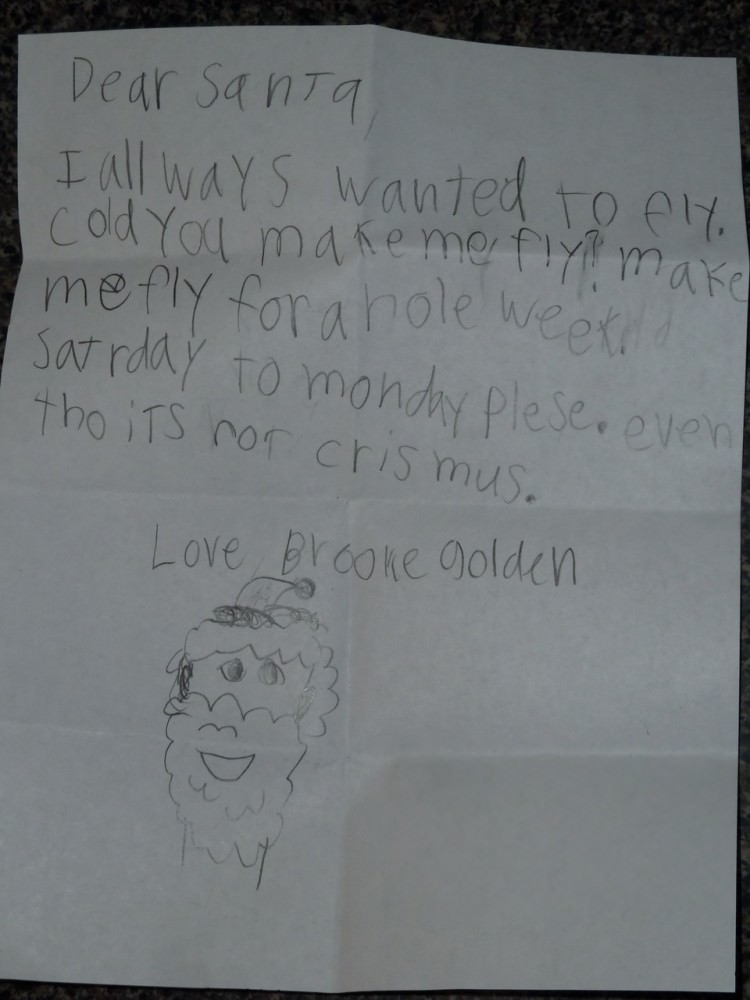 I’ll have to leave you with that.  Hopefully my next post will be in happier times when our computer and cameras are fully functioning.

I just felt like revisiting one of my favorite videos of Brooke and making it an animated gif.

Give it time to download.  It’s a big file. You can also check out the original here.

State of the Blog Address

Hello all my faithful GoldenGrams readers!  We had a blog tragedy.  The details are boring and too technical for my understanding so I won’t outline everything that happened except to say that we nearly lost the last six months’ worth of posts.  Luckily Dallas was able to piece together those entries and repost them, but we sadly lost every comment made during that time and now none of the links work properly and the formatting is sometimes wonky.  Boo.  Those of you who subscribe to our blog through email probably noticed you got an email with a million posts in it which you had already seen.  That’s why.  I think we’re back on track so hopefully we can put this unfortunate incident behind us and continue with steadfastness and a hope that this blog will never find itself in such dire circumstances again.

Also, I am wanting to turn this blog into a book of memories for our family.  We didn’t really start blogging full force until Brooke was several months old so I may be adding posts that are years old and back-dating them.  I think if you subscribe through email you might get those.  Sorry if it’s confusing to read posts that show Brooke as a newborn.  Then again, I may never get around to doing this in which case, kindly disregard this entire paragraph.

Enough with the announcements!  Let’s look at a picture of Madison! 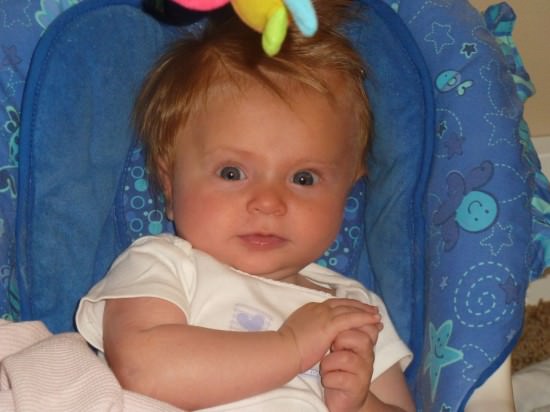 Picture of the Week

Caroline seems to be a natural model.  She sure loves to come down to my studio and have me take pictures of her. 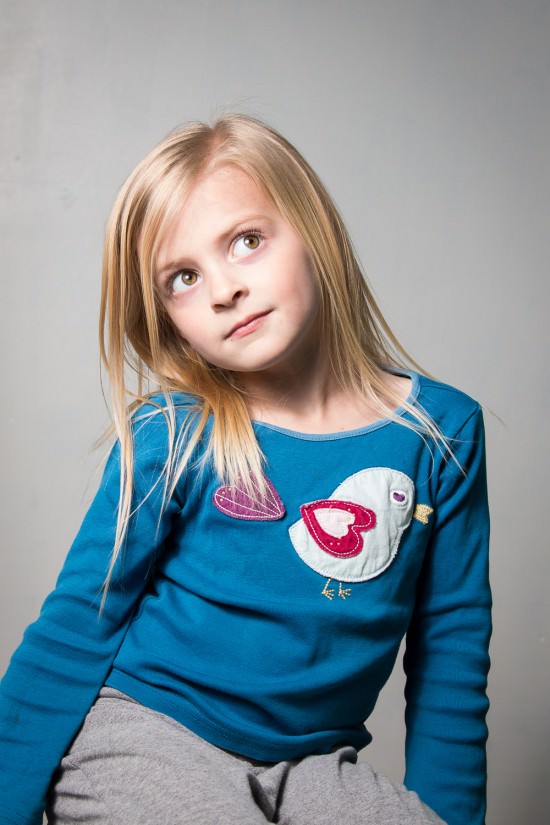