“Did you get enough to eat?”

That’s the sentence I hear in my mind when I think of Dallas’s stepdad, Bob.  When we went over to Dallas’s mom’s house, Bob would usually be there in the kitchen, putting finishing touches on the meal we were about to eat.  And without fail, at the end of the meal, he’d ask me that question.

Two weeks ago, Bob passed away.  He got pneumonia and the sickness took him so fast.  Two Saturdays ago we gathered with friends and family to remember and honor Bob. 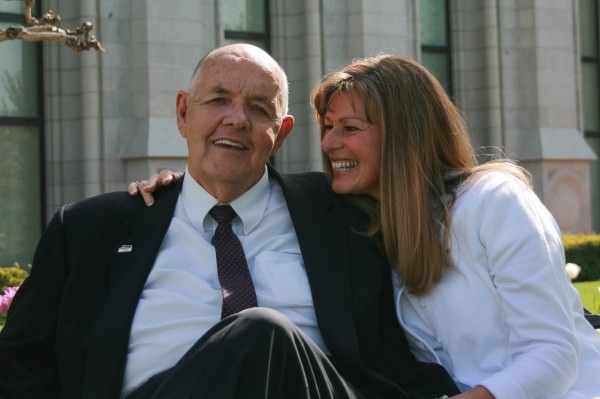 There were many common themes mentioned during the service.  Bob’s gentleness.  His kindness.  His ability to make you feel like you were the most important person to him when he was talking to you.  His willingness to help.  His easy smile.

I think the best kinds of memorial services are the ones that make you want to be better for having known the person who passed away.  That was how we felt.  The good in Bob was so good, and we already miss him. 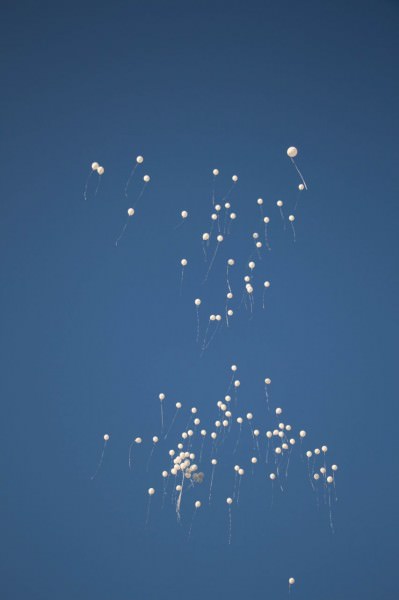 Dinners at Dallas’s mom’s house just won’t be the same.

(Bob’s obituary, a slideshow that Dallas put together, and video from the service can be viewed athttp://hboballen.blogspot.com)

The Things I Put Up With

I suppose it’s time for another pregnancy picture. 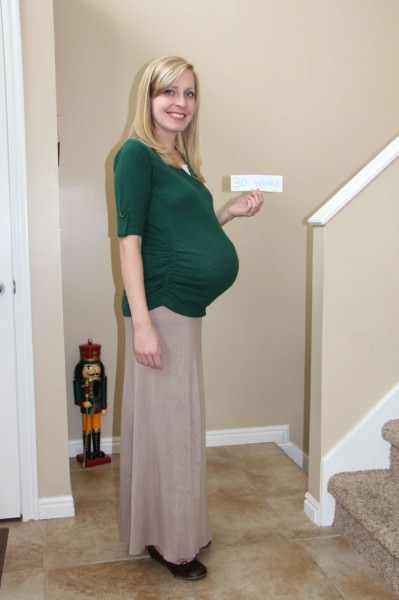 (This picture was taken about a month ago, hence the reason Nutcracker is in it with me.  We took more current pictures but they got lost somehow and I don’t know when (if) I’ll get around to taking more, so this is the best you get.  The sign that I’m holding that you can’t really read says I’m 30 weeks along.)

I’m due March 7…but I could potentially have this baby in February which is next month!  Hurray!

(I know, I know.  I shouldn’t get my hopes up about delivering early.  I try to tell my hopes that, but they just won’t listen!)

I really want to have my baby mostly so I can, well, have a new baby but also because I’d love to no longer be pregnant…mostly because being pregnant is uncomfortable but also because I sort of look like a freak of nature when I’m pregnant.  I understand this.  I’ve come to terms with this, but other people haven’t as is evidenced by their comments.

Someone:  “Oh my goodness!  Look at you!  You look like you have a ball under your shirt!”

Someone:  “No, I mean, it’s like someone literally just shoved a basketball under your shirt!  That’s exactly what it looks like!”

Brooke and Caroline were discussing Santa.  I overhear this:

Caroline:  “I think Mom’s trying to be like Santa because her tummy is just getting so big!”

I was at church and I noticed a little girl eying my midsection.

Girl (whispering with a satisfied smile as if we were sharing a secret):  “Oh…triplets!”

My family (continued):  “Ha ha ha!  Did Dallas’s family…ha ha ha…think your belly was this funny?”

Me:  “Well, probably, but they had enough sense to keep their comments to themselves.”

Someone:  “Look at you!  You must be getting close!  When are you due?”

Now maybe you understand better why I’m extra antsy to have this baby.  It’s a lot more fun to hear how cute my newborn is as opposed to how strange my tummy looks. 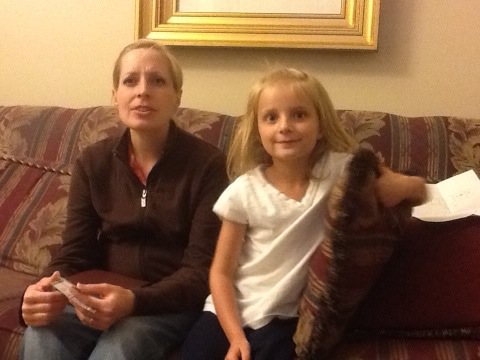 Rebecca: (Holding up her temple recommend) Who knows what this is?
Brooke: A passport to the temple.
High-fives to Brooke

Since it’s the end of the month (guys know what I’m talking about), I just wanted to share something funny I found online.

Last week I got to go with Brooke’s class on a field trip to the pumpkin patch.  Brooke was SO excited for the trip.  We had such a fun time riding a tractor, choosing a pumpkin, and playing on the slides and rides. 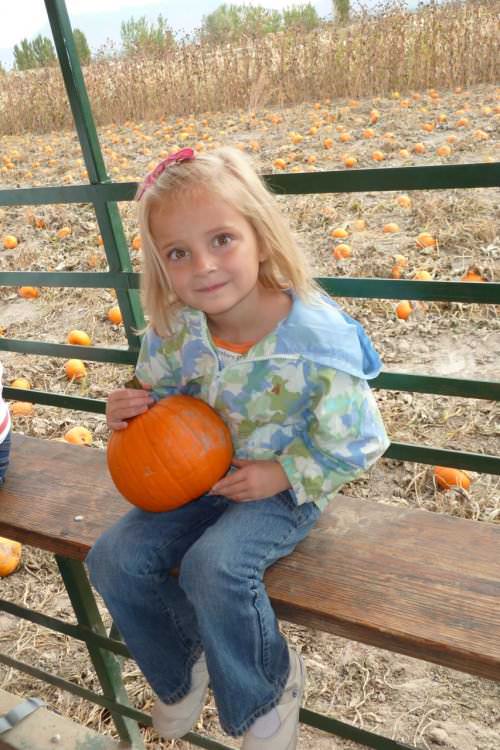