Fortunately or unfortunately (depending on who you talk to) the days and weeks passed and the first day of school was upon us. 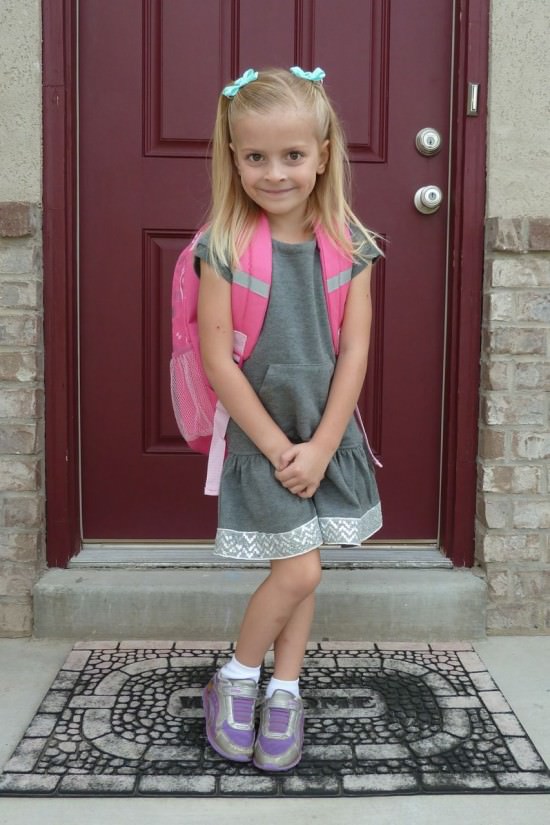 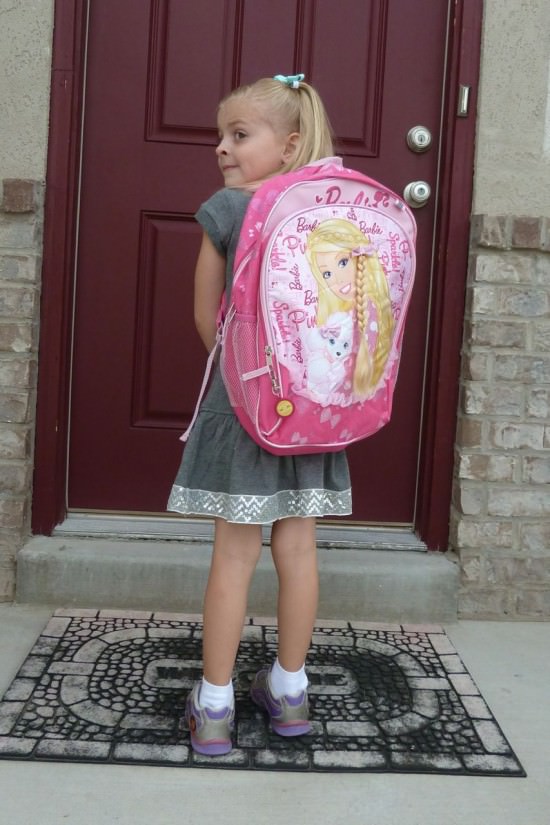 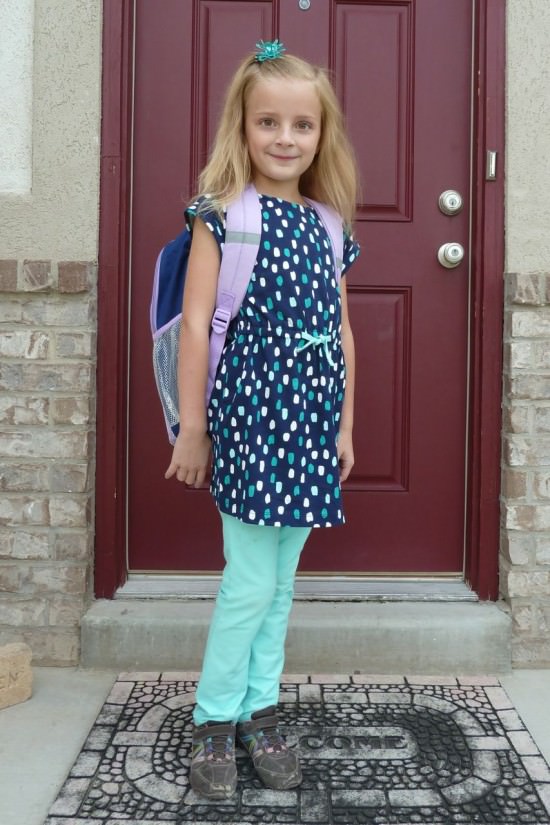 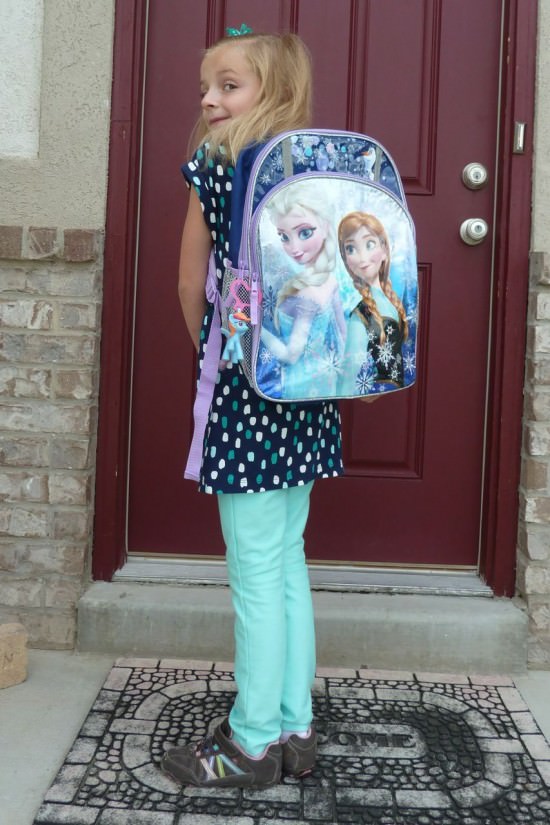 Ready to scooter to school: 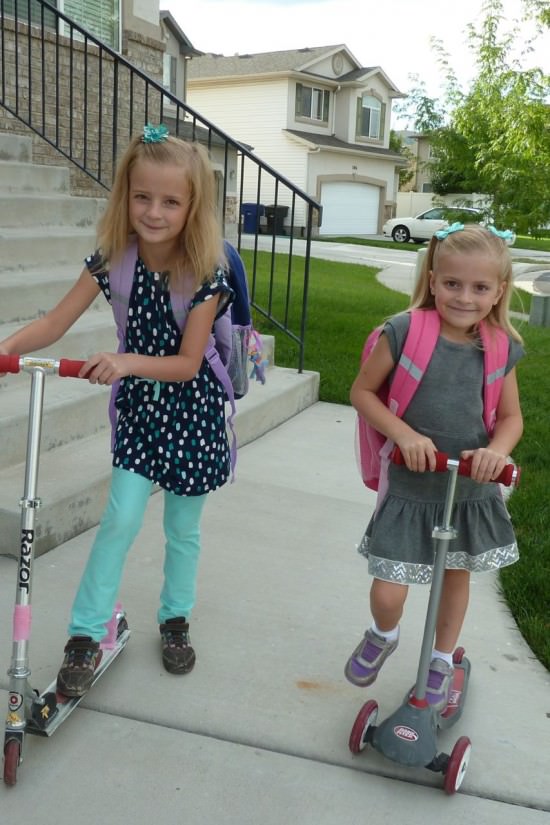 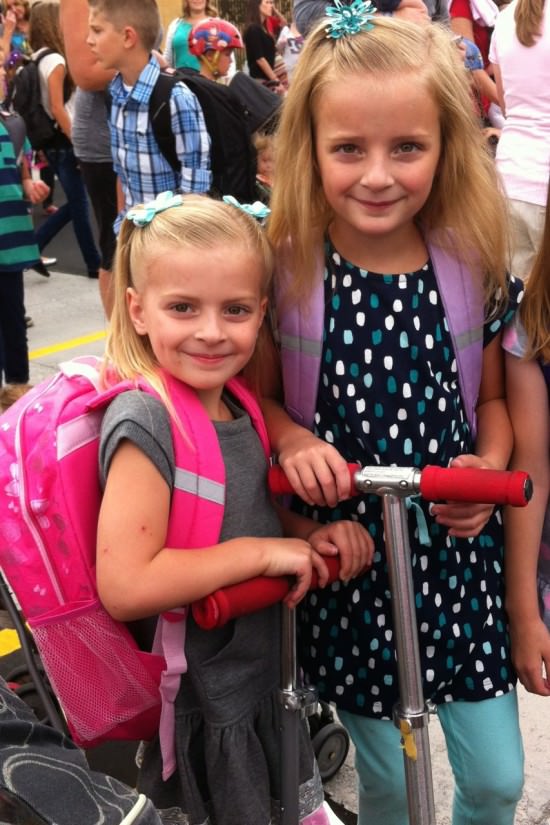 I got to attend kindergarten orientation with Caroline. 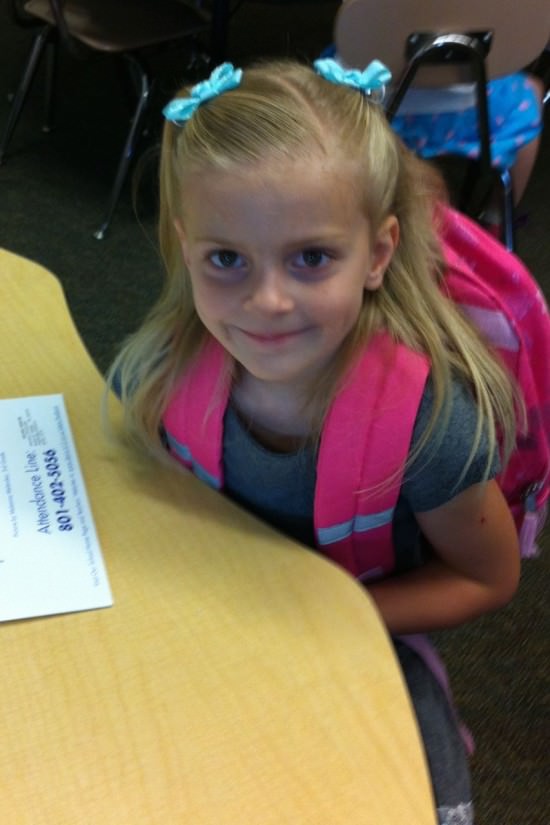 The kindergartners had their first day of school and then were off for the next two days so the teachers could test them all individually.  Oh cruel world!  FINALLY the testing days ended and Caroline was able to start for real.  She has loved school and I love having her in school.  She happily tells me about what they did during the day and greets me with new words and phrases that she’s learned in French.  I can also catch her singing songs and repeating school rules to Brooke and Spencer.  Brooke hasn’t been one to volunteer much about what happens during school so the insight I’m gaining now is wonderful.  It’s also fun because Caroline will say something such as a French word or a song she learned in music class and Brooke will jump in telling her the correct pronunciation or will start singing along so I’m finally able to glimpse a bit of what Brooke’s learned also.

I know I’ve mentioned before how much Caroline simply adores Madison.  Have I told you that last year when she went to preschool she would come home and while cuddling Madison she’d say, “There, there.  It’s okay.  Mama’s home now.”  Once I asked Caroline if she realizes that I’M actually Madison’s mom.  She gave me a quizzical look and matter-of-factly stated, “No, she’s my baby.”

Another time Dallas took the big kids camping while I stayed behind with Madison.  When they returned, Caroline immediately asked where Madison was.  I responded that she was napping.  Caroline visually crumpled and said almost in a panic, “No!  I need to give her a hug!”  She just missed her baby so much that delaying their reunion even further was almost too much for her.

All of this is to say I guess I shouldn’t have been surprised at what happened when I went to pick her up after her first real day of school.  I stood at the gate with a big smile and open arms ready to give her a huge hug and hear all about her day.  She hardly glanced at me.  Instead, her eyes locked on Madison in her stroller. She ran right past me mumbling, “Baby!  Baby!” and then stooped down to give Madison a hug that lasted a good minute at least.  Every day since then it’s the same story.  I get bypassed and Madison gets her hugs every time.  I’m so glad Madison has a “mom” who loves her so much.

One day the girls were playing and I heard Brooke say to Caroline, “So, now do you understand that school isn’t fun?”  Despite her insistence that school’s the worst, Brooke seems to be enjoying herself as much as the situation allows.  A few days in she came home from school and announced, “I have a new BFF.”  Cute.  I don’t know the girl at all but I hope it’s a good friendship.  I also hope this year is a good one for the girls.  I think we have a promising start.  Let’s keep the positive momentum going!

A Holy Place Something Spooky Underfoot