I know in my last post I referenced the time six years ago when Dallas and I went to Moab by ourselves and left the kids with my parents. Ever since then we’ve been itching to get away again just the two of us. With my parents leaving for their mission in less than two months, we knew we needed to act fast!

We needed a destination that wasn’t too far away since we were just planning to be gone a couple of nights. I had a friend suggest looking through the Groupon Getaways to see if we could find a good hotel deal. That’s how I stumbled upon Glenwood Springs, Colorado. I’d never heard of the place and Dallas was skeptical that it would be any fun to visit, but I reminded him that going grocery shopping without the children feels like a luxury so anywhere we went without carting our four precious kids along would be just fine. It was settled.

We took off on a Monday morning. After briefing my mom the best I could of all our kids’ preferences and quirks, we were off. We made it to Colorado without a hitch and decided to take our picture next to the sign like the tourists that we were. 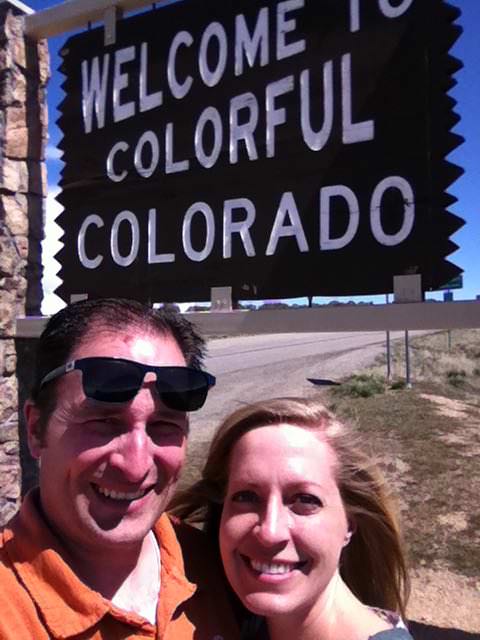 Me: “You couldn’t have taken your sunglasses off?” 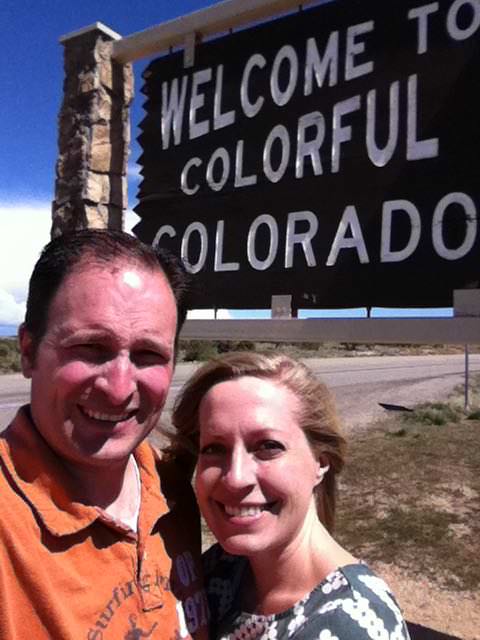 Me: “Now you’re squinting. Maybe you need your sunglasses on.”

Obviously our selfies weren’t cutting it. Luckily another family stopped for their photo opportunity and we took each other’s pictures. 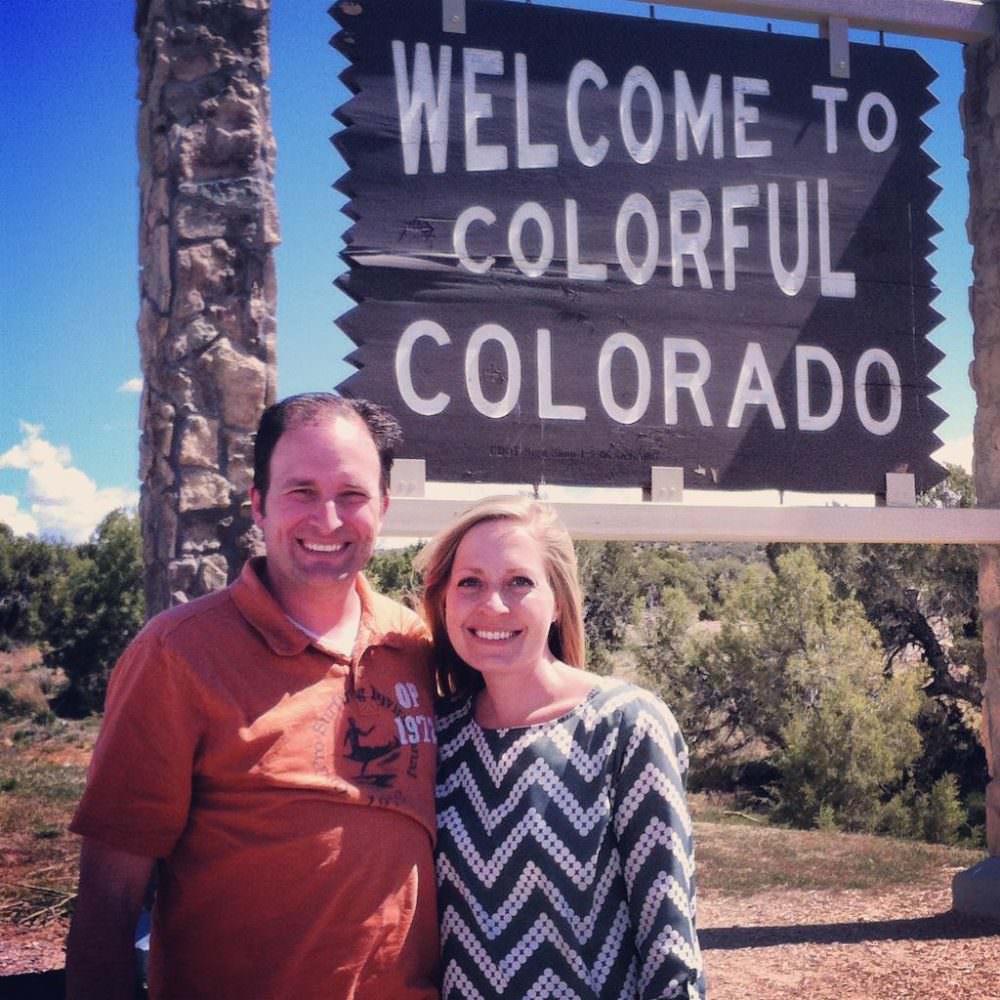 Now there’s a picture we can be proud of.

We checked into our hotel and they told us our room had been upgraded. We had more space in our hotel room than we had in our first home. Things were off to a good start.

We decided to drive around the town and see what it had to offer. Dallas heard that Doc Holliday’s gravesite was in the town so we decided to pay our respects. I didn’t really recall who Doc Holliday was or why we would care about his grave, but what did that matter? 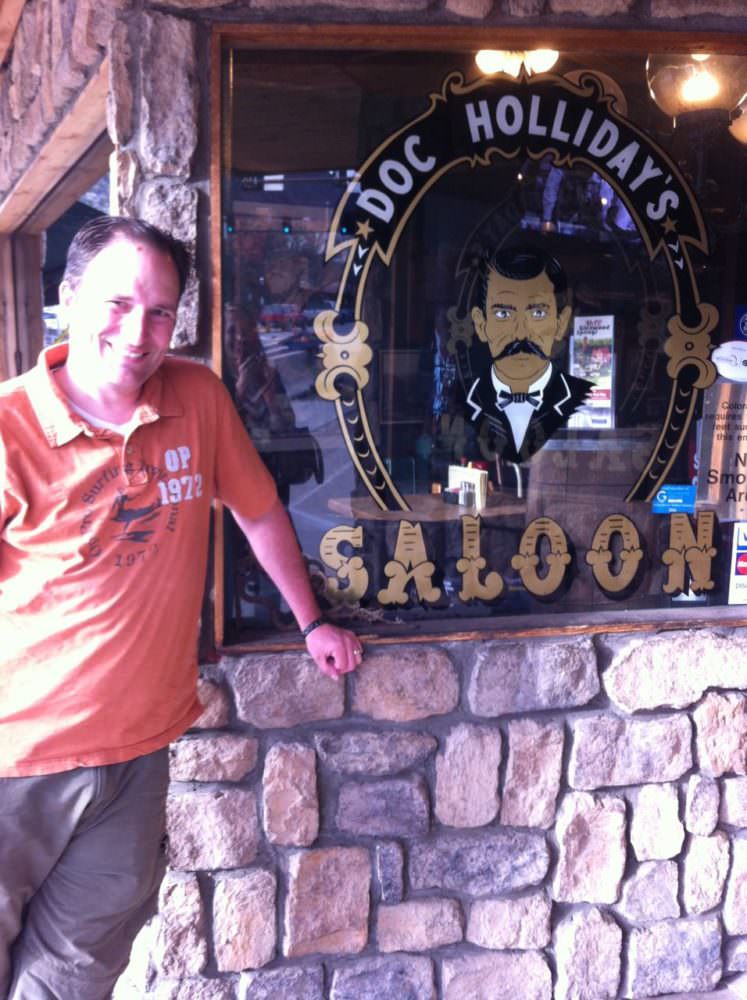 You have to hike up a little mountain to get to the graveyard. On the way we encountered this tree: 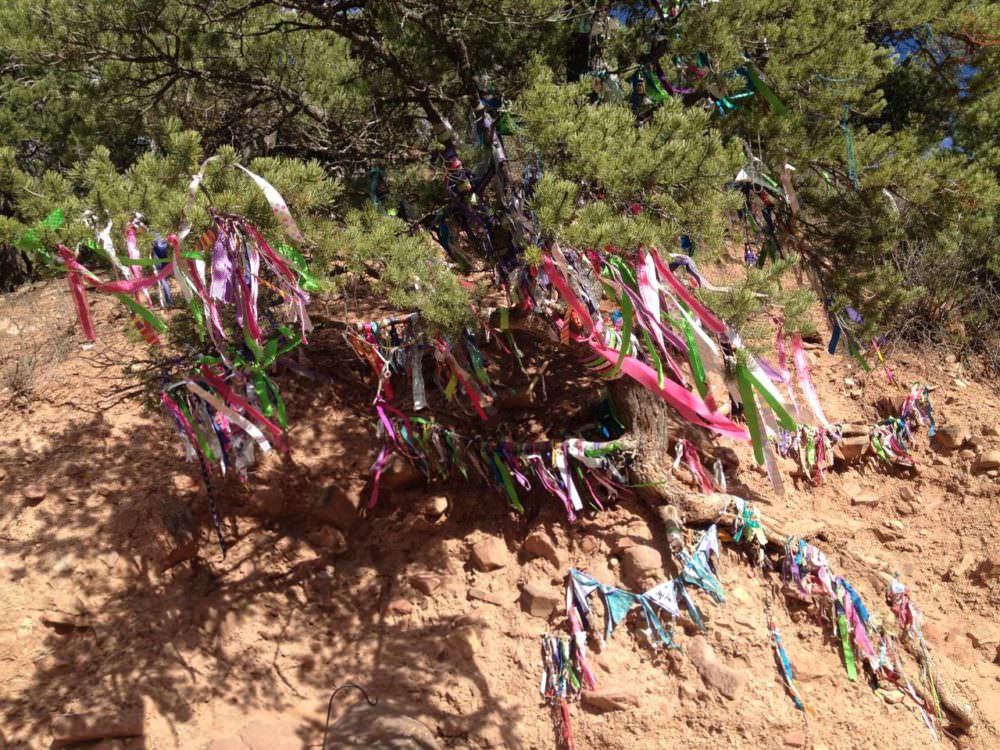 We’re still not quite sure what that was about. We think it was a tribute to someone who had cancer? Maybe?

We made it to the graveyard and found that they have a monument for Doc Holliday, but they don’t actually know where he’s buried. I felt scammed. 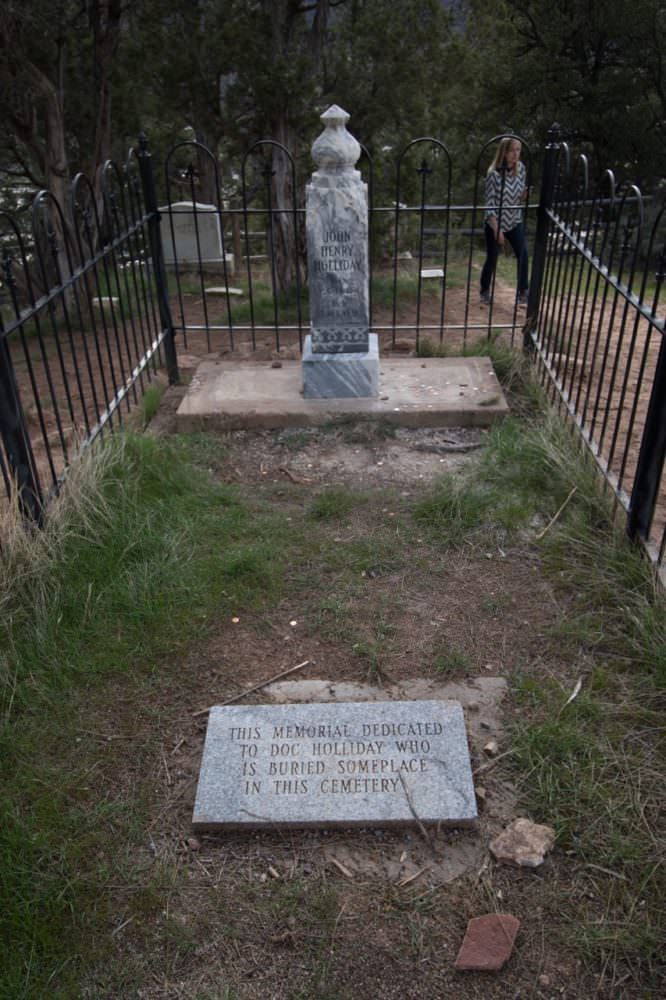 We needed dinner so we walked down their Main Street looking for some places to eat. Glenwood Springs is a pretty small town, so everything about it seemed charming and quaint. I mean, look. Someone used a ski to fix the gaping hole on their balcony. Adorable, no? 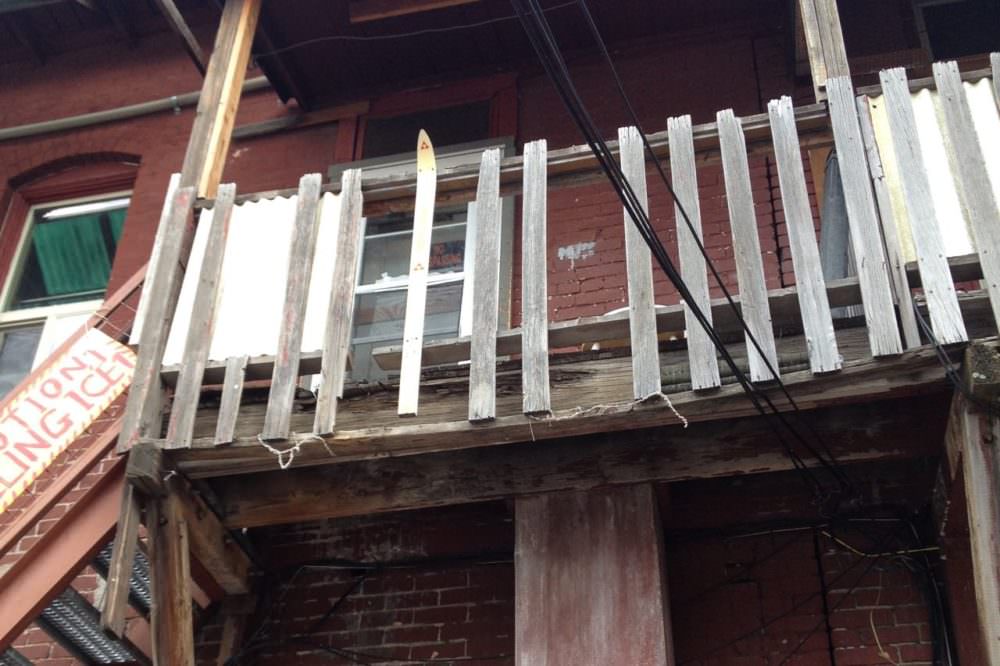 However, we were there on the off season and it was a Monday night to boot, so we found not many places were open.

We did keep seeing these buildings with green plus signs on them that were always open. We couldn’t for the life of us figure out what they were. Something medical probably because of the cross, but why was it green? Then our wanderings brought us to a building with a funny smell wafting from it and this sign outside: 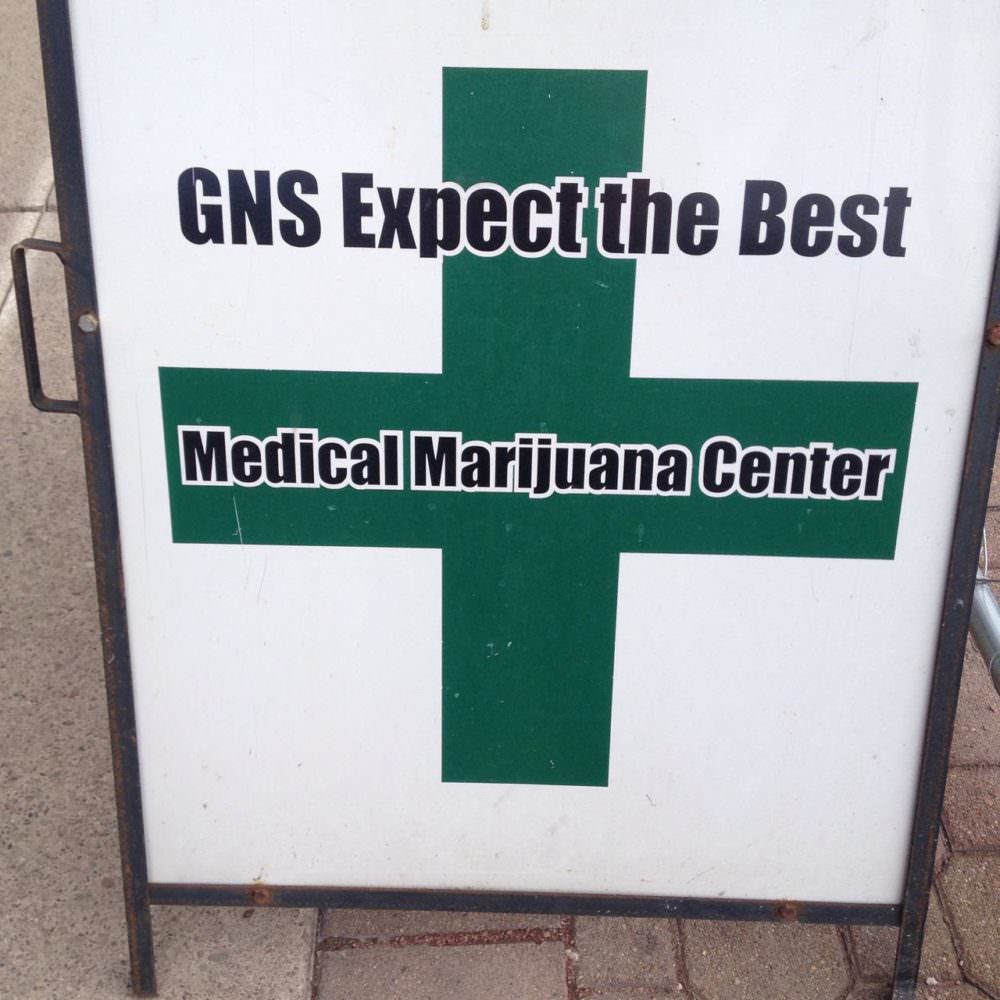 Oooooh yeaaaaah. We’re not in Kansas anymore. Our favorite marijuana shop was the one in the Walmart parking lot complete with its own greenhouse in back: 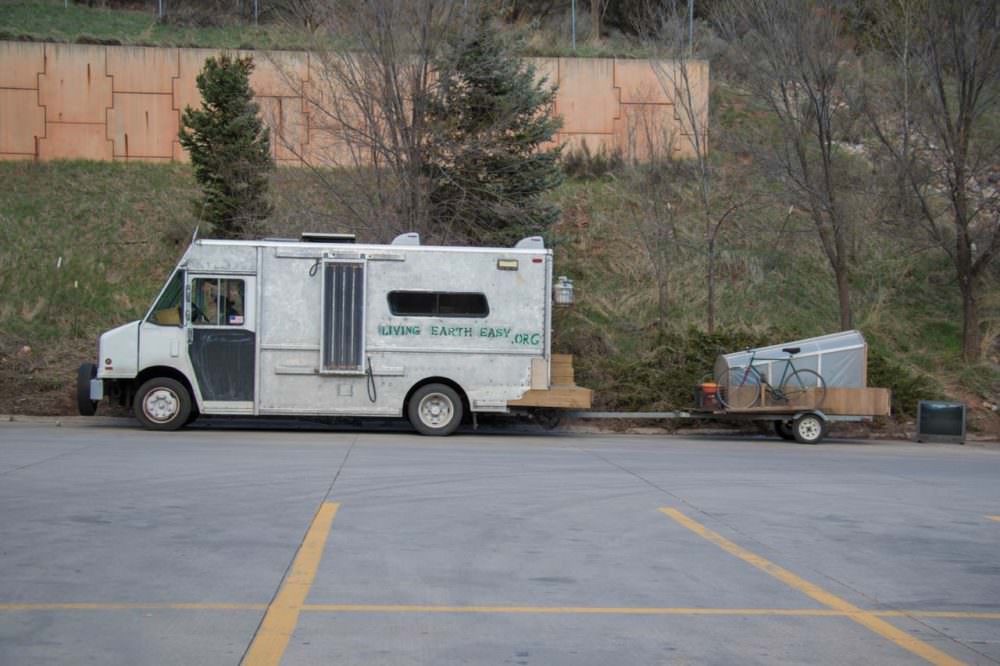 The next day we went to Glenwood Caverns Adventure Park. You buy your tickets at the base of the mountain and have to sign a liability waiver to continue. That’s how you know you’re in for some good fun.

Then we took a tram up to the top of the mountain where the amusement park was: 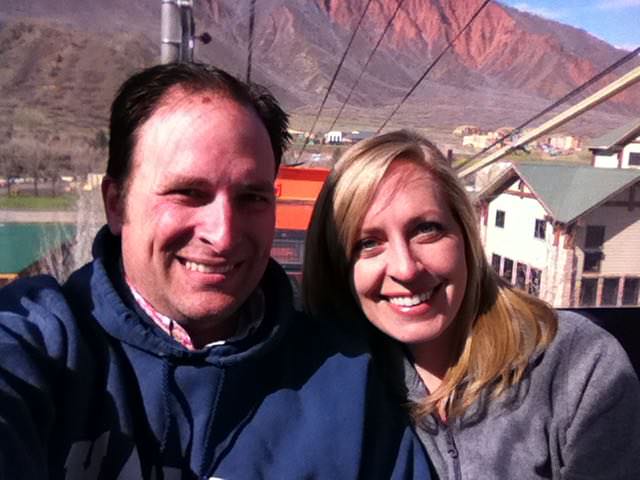 It was an interesting park because of the variety of amusements available. 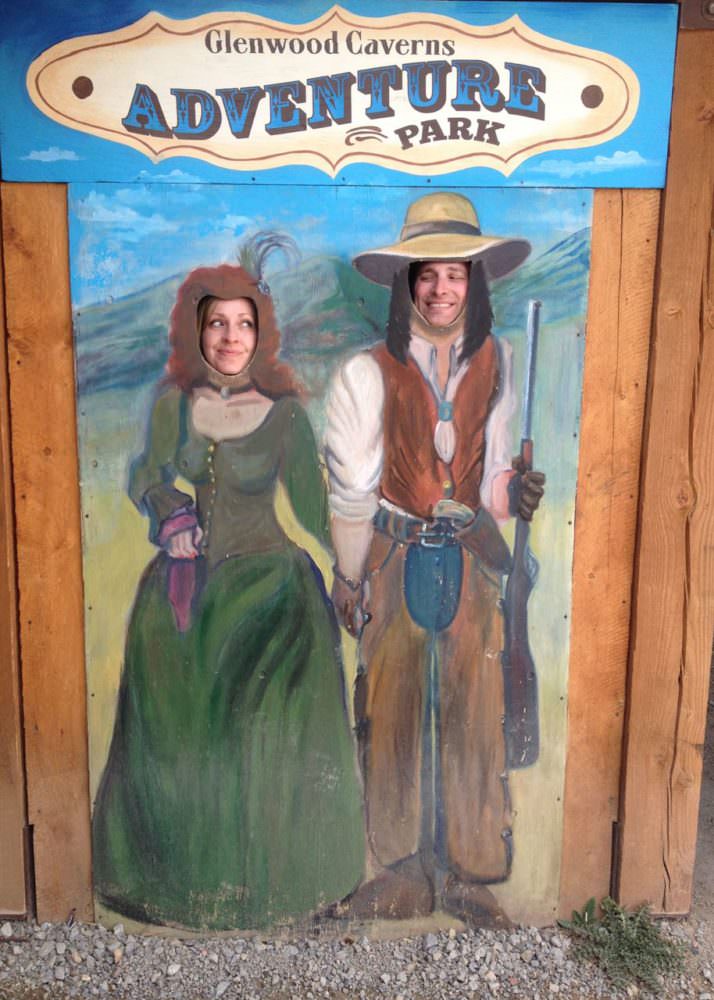 There were two caves that we toured. We joked that our first tour guide was on a completely different tour than the rest of us were on. She told us she had been up all night partying, and she definitely smelled like she had been partaking of some of what those green-cross buildings had to offer.

Luckily our second tour guide was a little more grounded in reality making that tour a bit more informative and enjoyable for us. 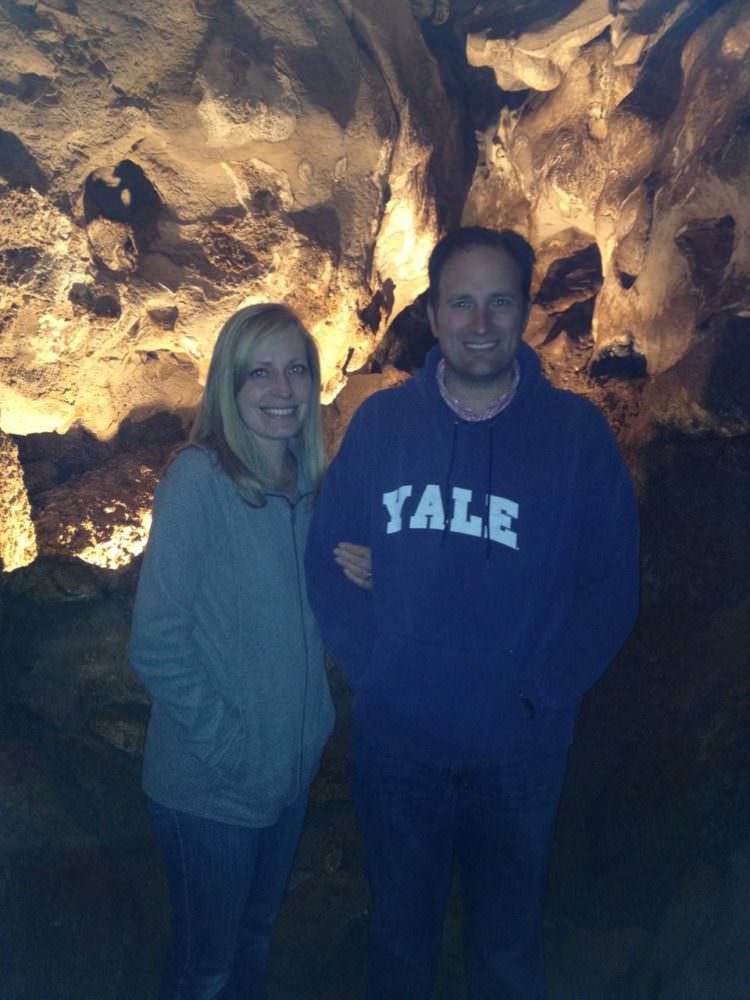 The amusement park had four 4-D movies for us to watch. Those were fun: 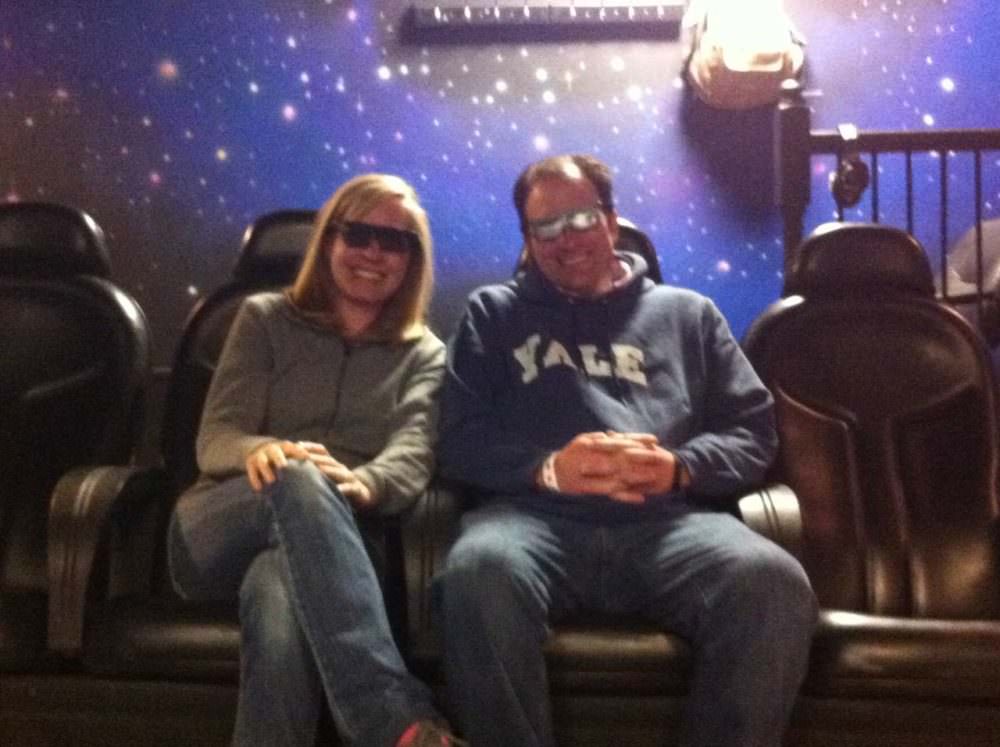 We played laser tag and found some crazy mirrors: 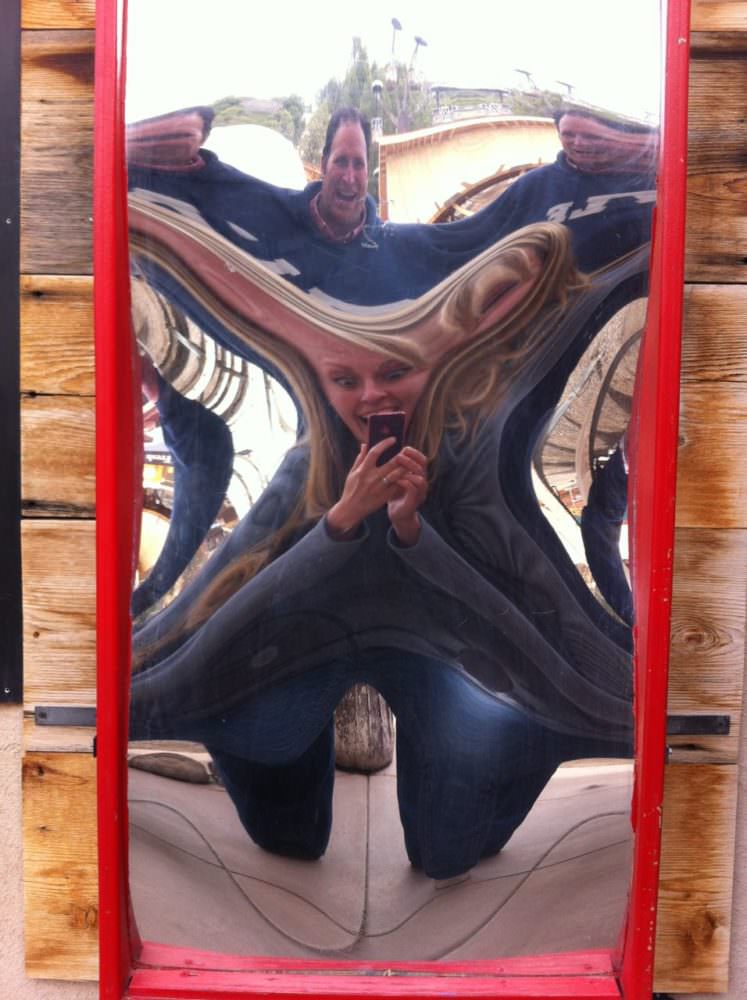 Then there were the thrill rides. There was a zip line ride which I didn’t get a picture of. Dallas’s favorite ride was the alpine coaster: 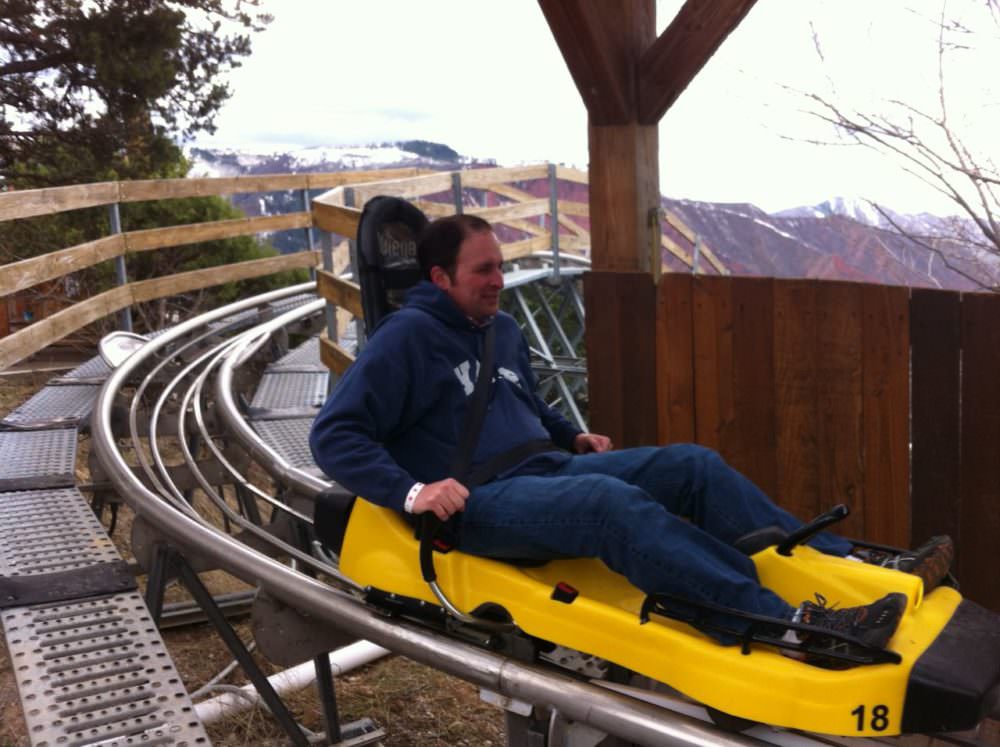 You’re in these coaster cars and you can control how fast you go. It was really fun. 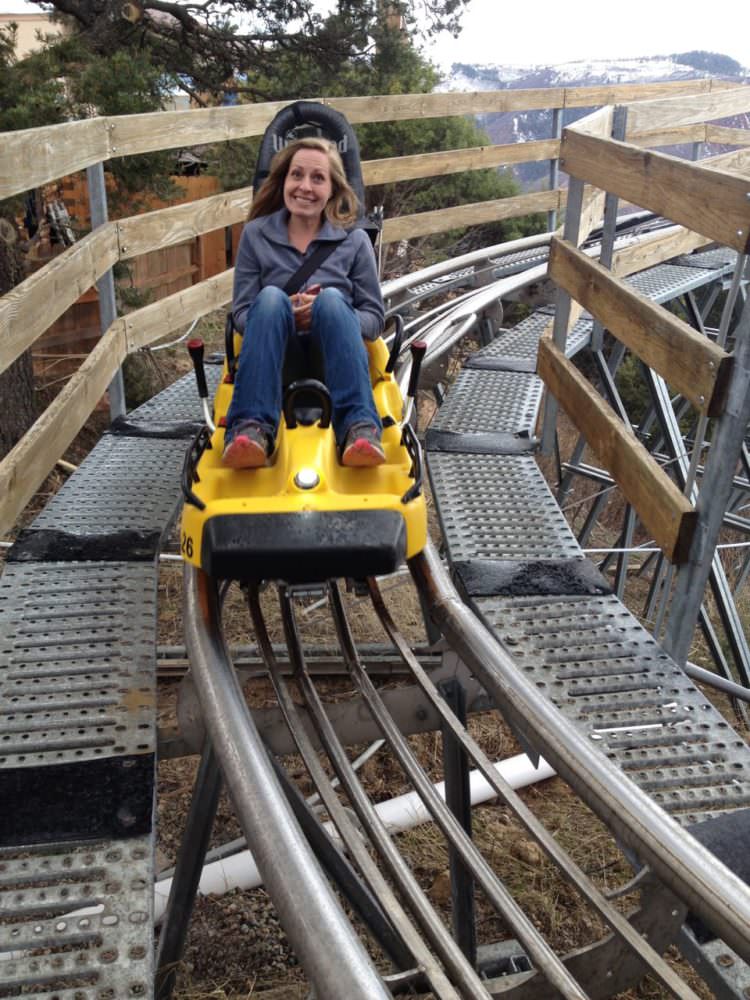 My favorite ride was the swing. There was hardly anyone at the theme park so we didn’t see the swing in action before riding it. I was expecting to simply rock back and forth a little. Oh no. We were strapped to this contraption that shot us super fast right over the side of the mountain so we could look down over the cliff and feel like we were plunging to our deaths. You can see the ride to the right of this picture and you can see how high up we were and how you just fly off the side of the mountain: 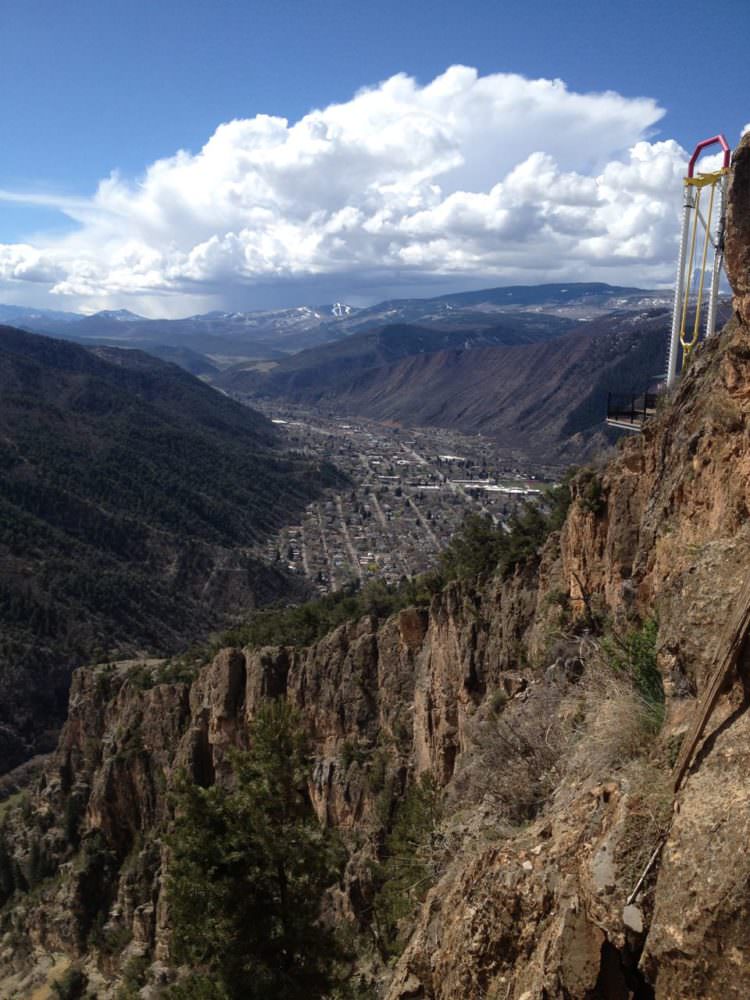 You can face two ways on the ride. After our first ride no one else was in line so I asked if we could ride it again facing the other direction. The worker seemed to think it wasn’t the greatest idea to ride twice in a row, but we were sure we were up for it. Or at least I was sure I was. Unfortunately, after that ride Dallas started feeling sick. That put an end to our stay at the adventure park.

We had a quick nap back at the hotel and then were ready for more fun. We grabbed some gourmet burgers which were delicious. We took pictures of our food because I guess that’s what you do these days: 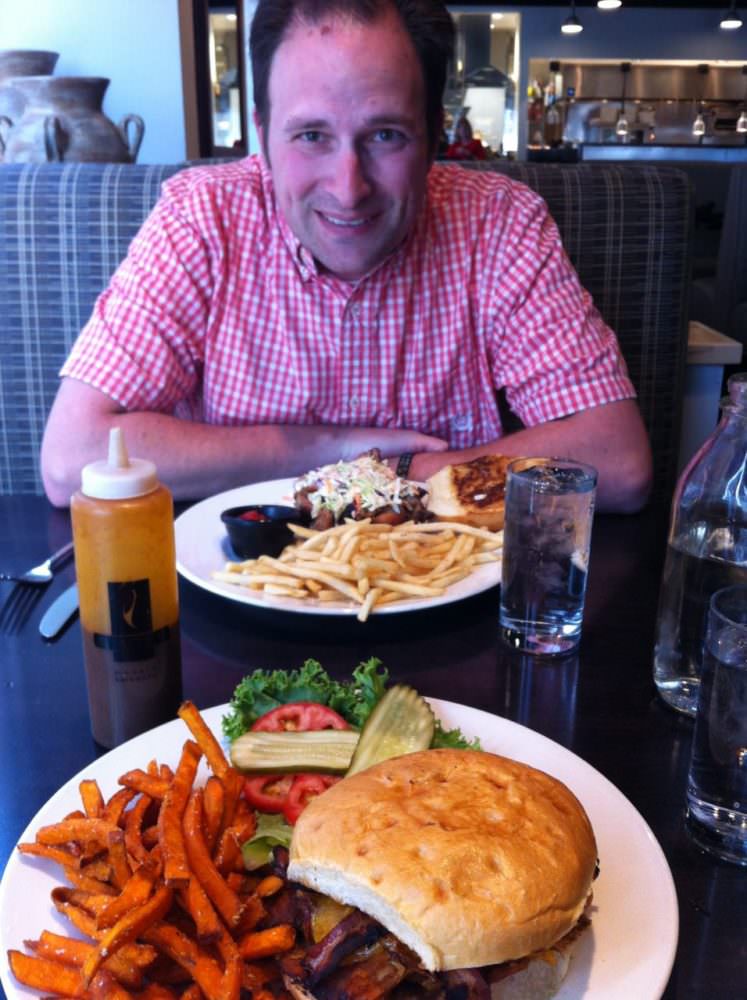 Glenwood Springs didn’t have a movie theater, but a neighboring town did, so we drove there and saw a movie in the theater which we haven’t done in ages.

The next day we decided to hike to Hanging Lake. The hike was only about a mile long, but it was like doing a StairMaster the whole way up. That was some good exercise. We were happy to make it to our destination: 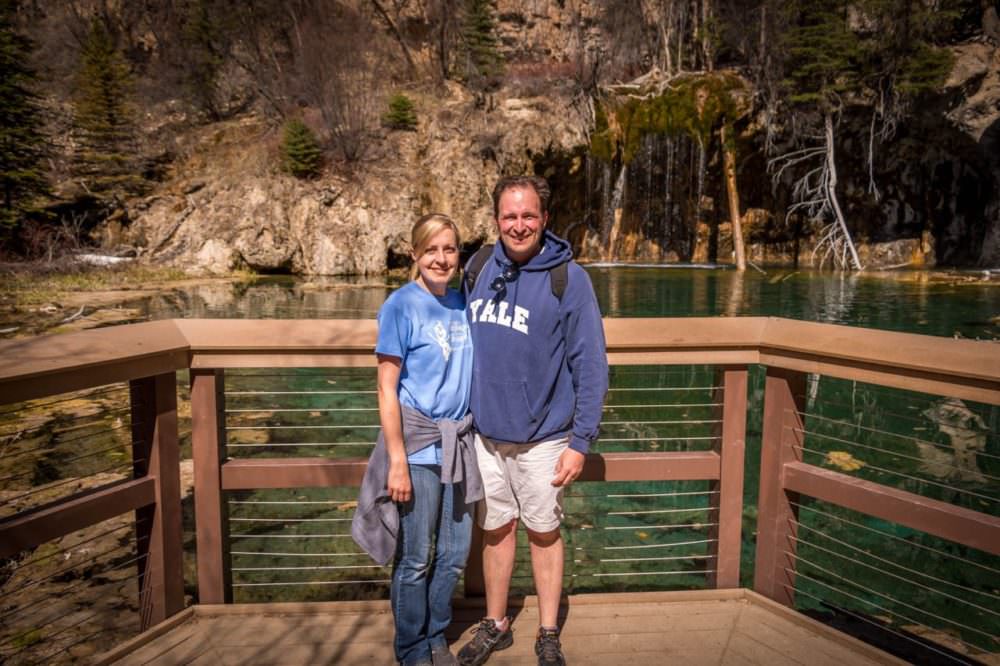 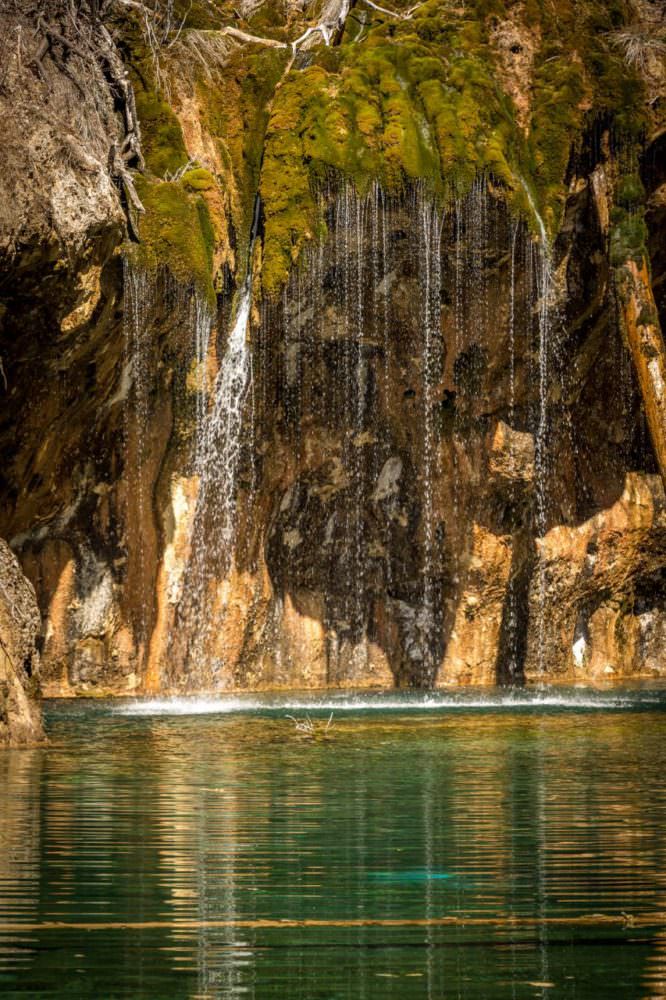 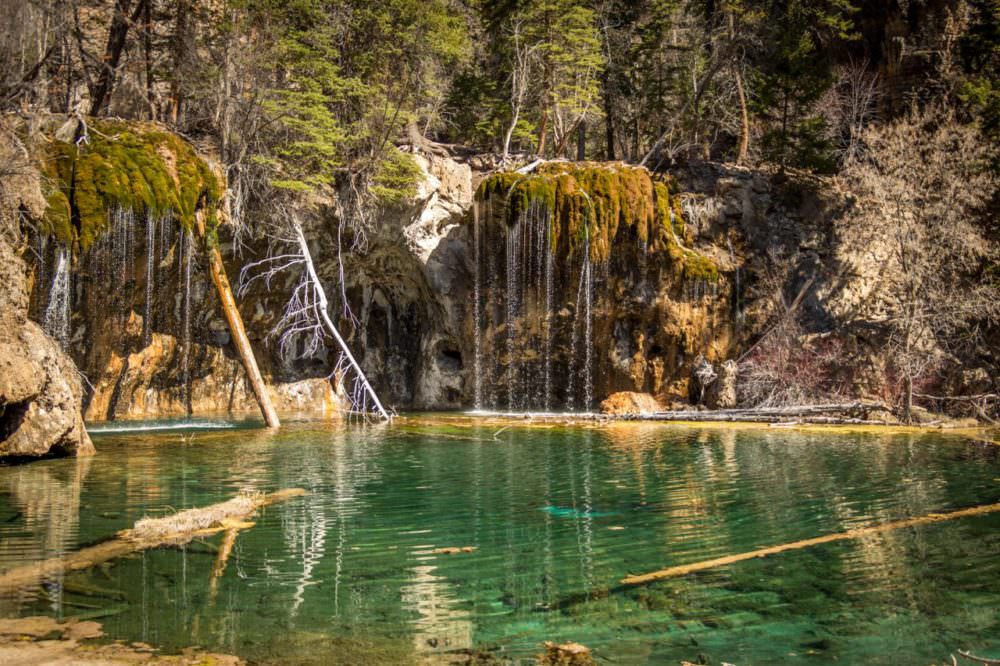 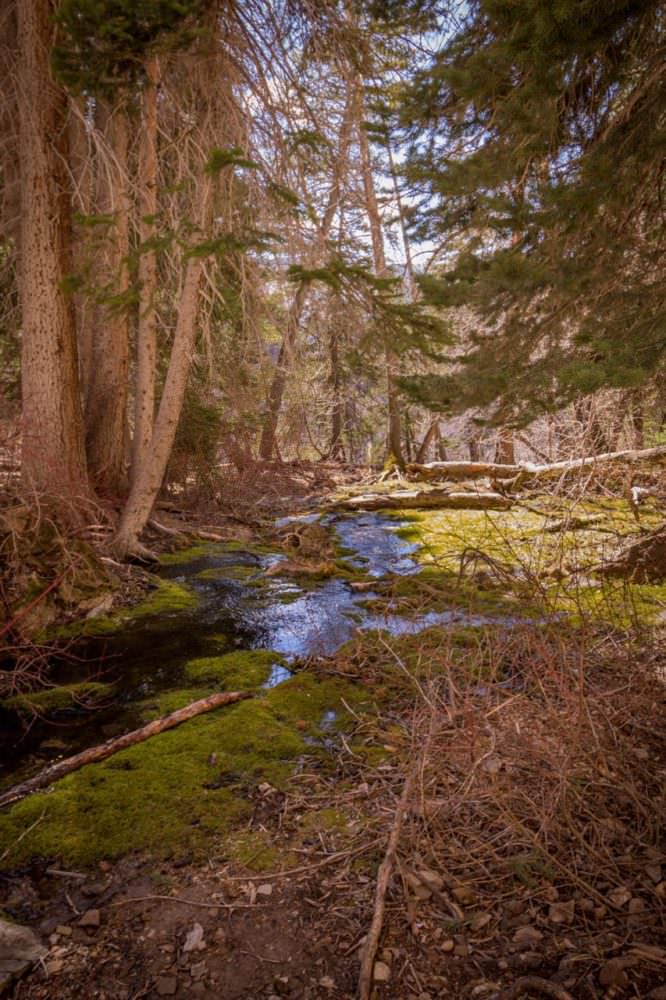 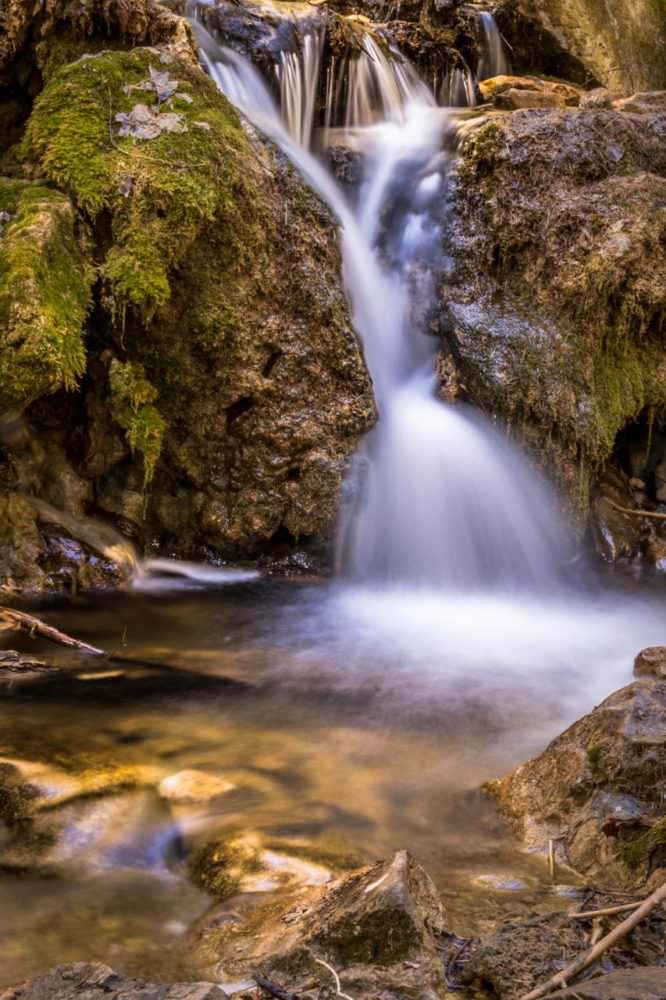 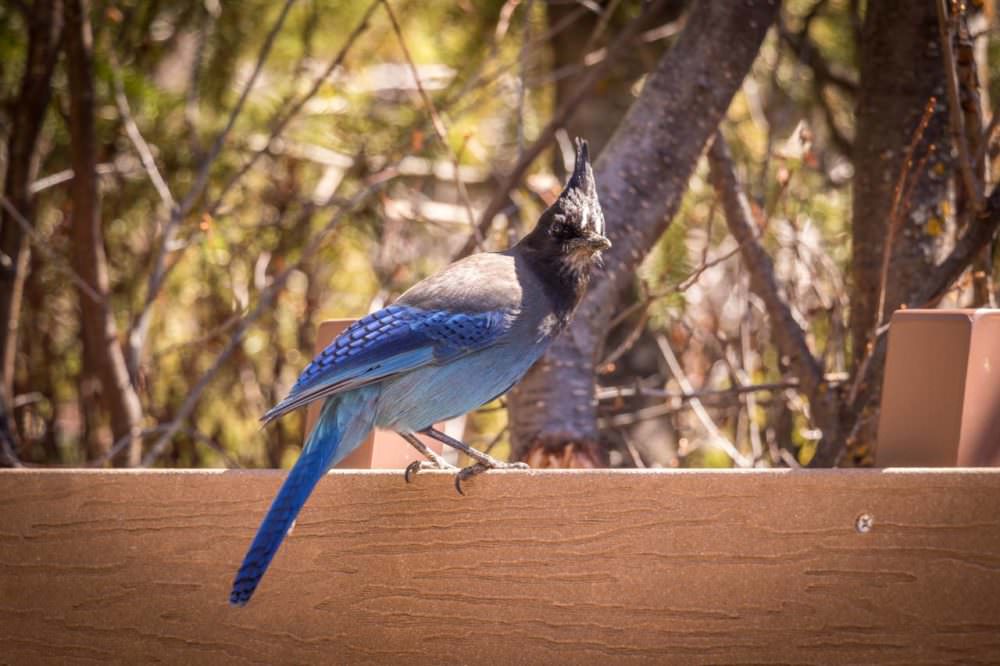 We stopped for some lunch on our way out of town and headed back home. It was so nice to get away for a couple of days and play and do whatever we wanted without having to worry about nap time and homework and keeping kids happy. We were glad to relinquish those duties temporarily to my mom so that we could have a fun little trip.

Thank you Glenwood Springs. You were very good to us.

A Visit to Paradise