September 23, 2006 I woke up to find this sign hanging in our kitchen: 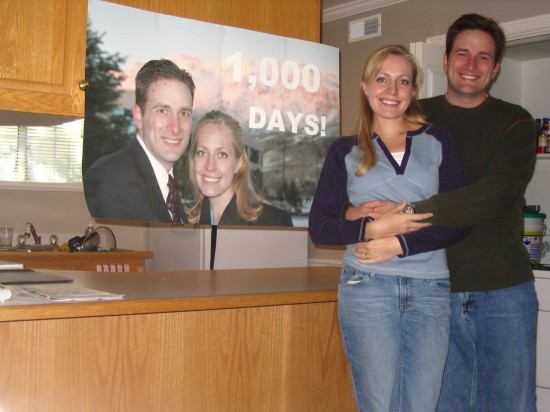 Dallas had a tally on his Pocket PC of how many days we had been married and he made a little celebration in honor of our thousandth day.  So sweet.  We had been suspecting I might be pregnant, so he thought it would be fun for me to take a pregnancy test on this most auspicious of days.  Positive!  Brooke was on her way!

Weeks later Dallas was reading parts of his journal to me and we got to the part where he wrote about this day.  It said something like, “Today I made a big sign to celebrate being married for 1000 days.  I actually forgot to do it on the real thousandth day so I did it a couple of days later but Rebecca will never know the difference.”  Ha!  Naughty husband trying to trick me and then exposing himself in his own lie!

Dallas and I went to St. George and visited the temple: 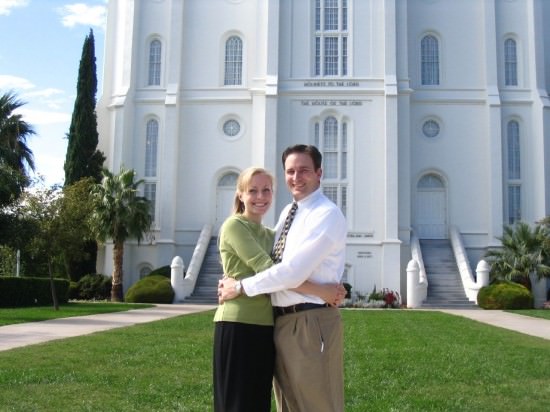 Here’s Dallas getting ready for Halloween. He wanted to go as Bob from the movie What About Bob?.  I loved that idea.  We bought him a goldfish to wear around his neck and he made a T-shirt that said, “Don’t hassle me, I’m local.” 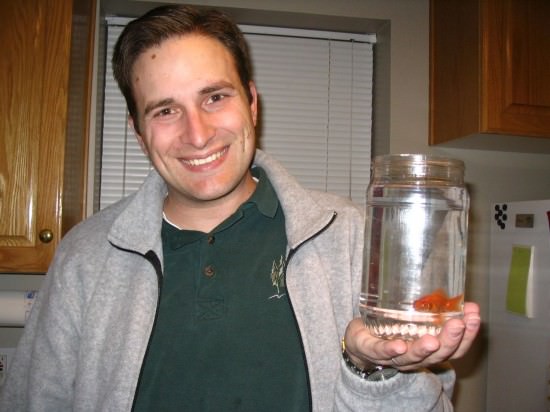 No one knew who he was, but that’s typical when it comes to his costumes.  I went as Amelia Bedelia and no one knew who I was either.  Oh well. 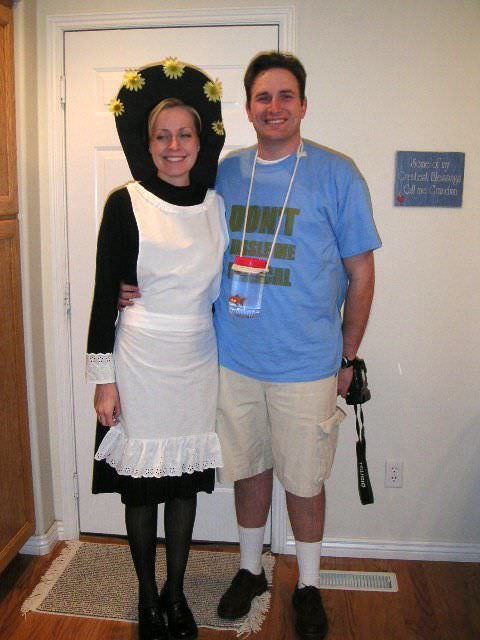 We ended up hating that stupid goldfish.  We bought it on a Friday and the family costume dinner was on Sunday.  I was worried it would die before then.  The pet store said we could exchange it if it died that soon.  Well, little Gill ended up living way beyond Halloween.  We put him in a bowl and thought it might be nice to watch him swim all around.

Gill had a horrible habit having to do with pooping.  If you don’t want to read more, avert your eyes.  I cannot be held responsible for any possible scarring you may have after hearing this story.

Until Dallas’s friends came by with their little son.  We showed Caleb our cool fish and talked about how awesome it was and how he should ask his parents if he could have him.  Bwah ha ha!  It worked and before long Caleb was the proud owner of a disgusting fish and we were happy to have our counter space back.

(Unfortunately, Gill didn’t take to his rehoming very well.  He died the next day.  Oops!  Sad to get Caleb excited about a new pet only to have it die on him hours later.  I think his parents felt so bad about it they bought him another fish.)

Moving on.  Here are my parents in costume.  They went as white trash: 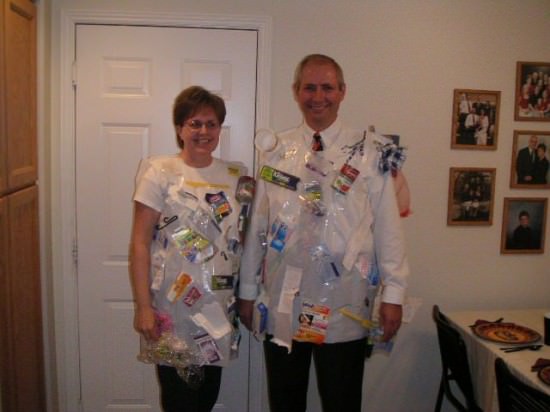 Ben stole the show in his Napoleon Dynamite costume.  My aunt, Nani, also gave a good showing in her costume: 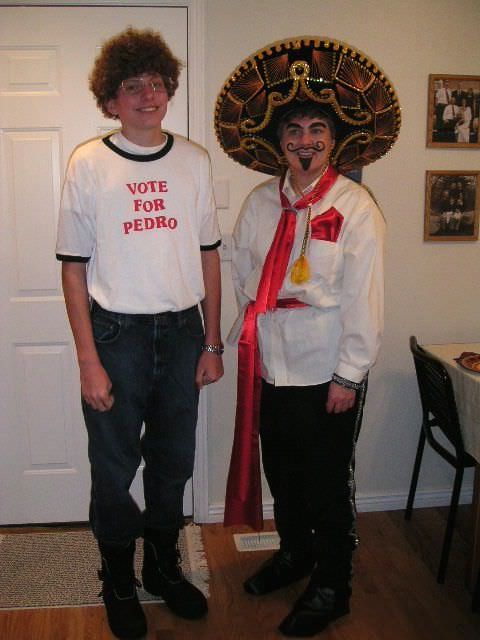 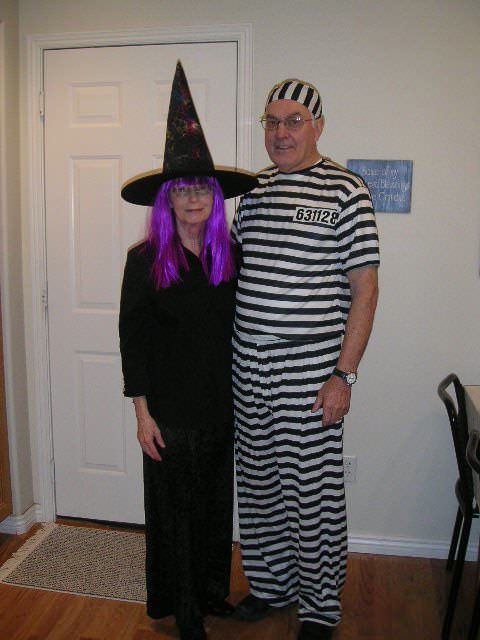 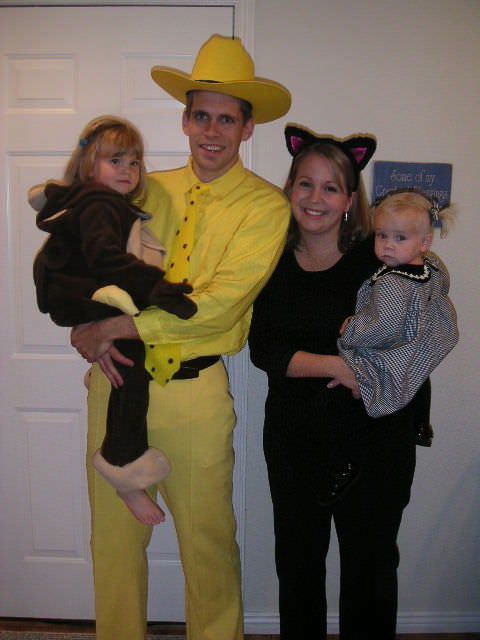 Ben stayed in character all evening: 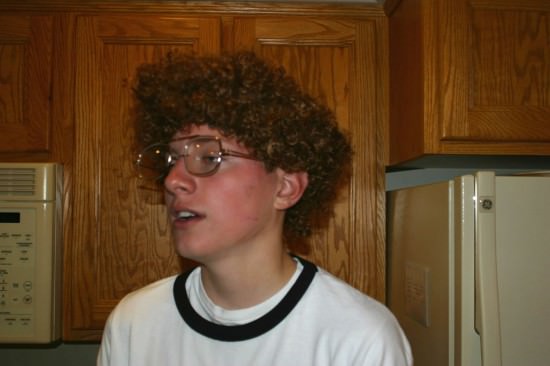 We went to a football game.  I’m writing this years after the fact so I can’t exactly remember which one…but I’m sure my brothers and Dad know exactly which game this is and who won and what the score was and how many passing yards each team had, etc, etc, etc. 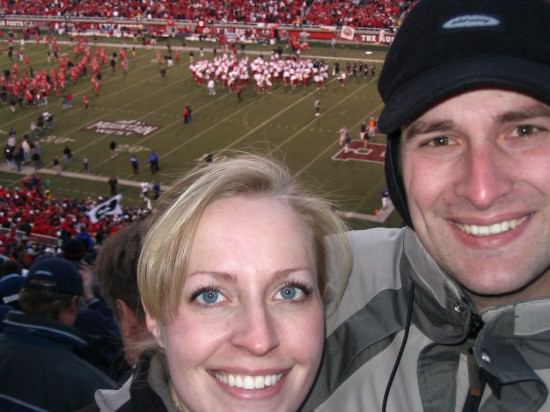 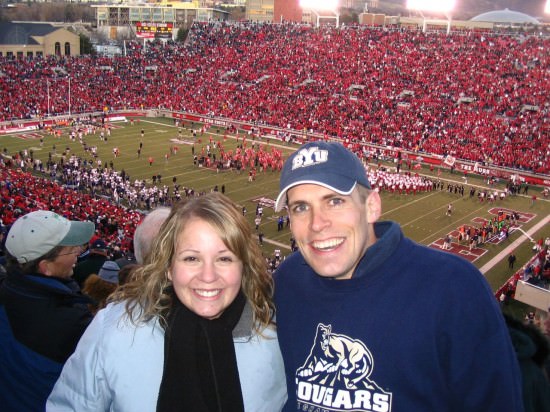 Yep, definitely must have been a win to see this guy so happy: 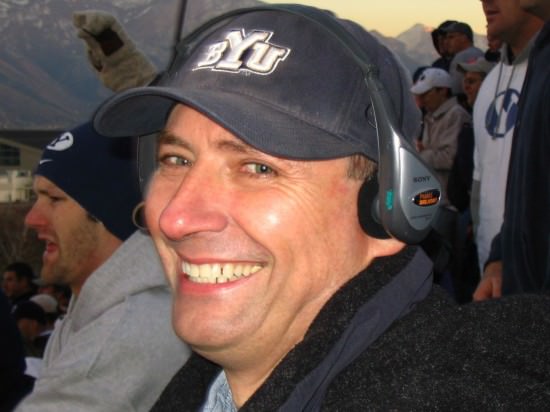 After doing a candy window last year by ourselves Dallas and I just decided to help someone else this year.  We helped glue candy on this cactus: 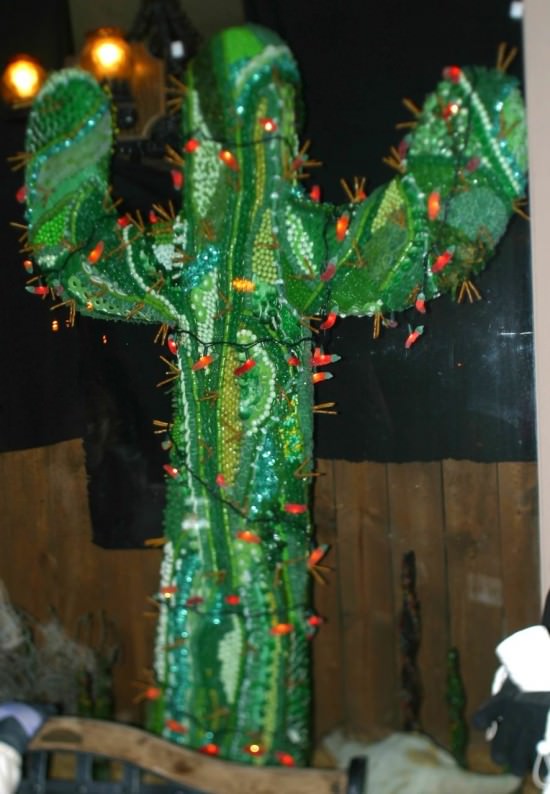