Last week I found myself in Las Vegas for a couple of days to attend a convention called NAB (National Association of Broadcasters).Â  This is the convention for broadcasters all over the world.Â  I can’t believe how big this was.Â  It was held in the Las Vegas Convention Center and I looked online and found out that the convention center has 3.2 million square feet for the convention floor.Â  It’s a little over two miles to walk around the perimeter.

There were a lot of cool things that only a geek like me would appreciate so I’ll skip going into details.Â  I talked to a lot of cool people and learned a lot of interesting stuff, some useful for me and some not so much. 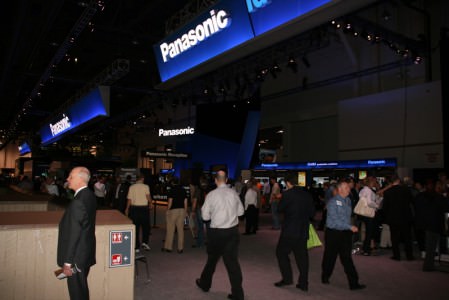 I had to take a picture of the Panasonic area because I use a Panasonic video camera.Â  They had a large section about 3d for home consumers.Â  I read somewhere that they are hoping to having 3d home movies coming out by 2010 using Blu-Ray DVDs.Â  There were quite a few booths that were demoing 3d camera systems. 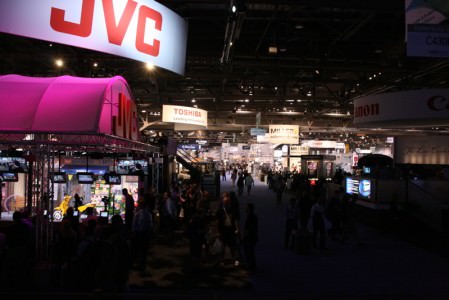 This is a shot looking over one of the floors.Â  Huge! 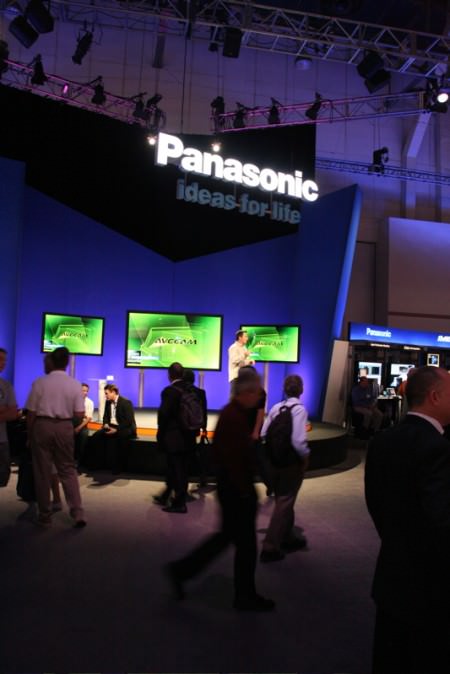 There were people giving speeches about the technology.Â  I found it funny that most of the speakers were attractive model-like women.Â  I wonder how much of what they were talking about they actually understood. 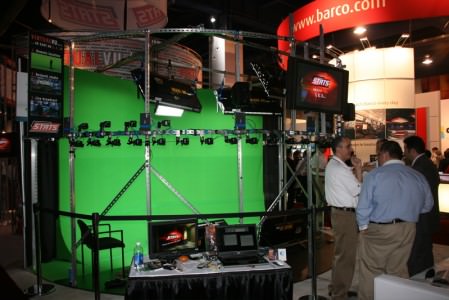 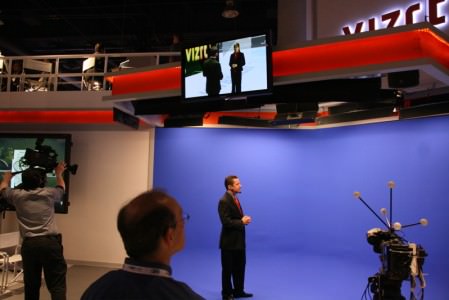 This you might find interesting.Â  I certainly did.Â  This is the technology they used with Cooper Anderson during the 2009 election.Â  A person stands in the green screen area.Â  This was located in a remote location.Â  The little black boxes attached to the horizontal bar are cameras.Â  On the other side, Cooper Anderson stood on the CNN set like the one pictured on the lower picture and talked to a blue wall.Â  Through the power of camera location tracking and computers they were able to make it look like Cooper Anderson was talking to a hologram.Â  You can see the result on the monitor located on the top of the picture. 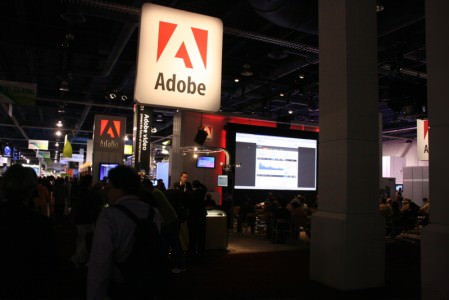 The greatest fun were in big booths where they were giving seminars on how to do things with the software.Â  I sat in on every one I came across and learned some pretty cool things. 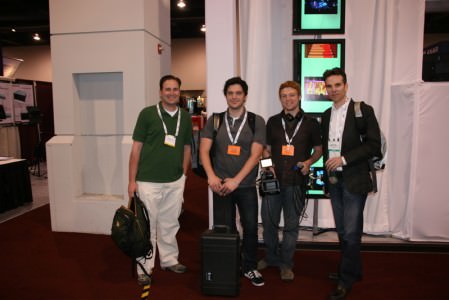 I even ran into a celebrity of sorts.Â  I watch a podcast about Final Cut Studio and the guy on the right is one of the hosts of the show.Â  He and I talked for about half an hour and I watched them film an episode of the podcast.Â  Nice guys.

Well that is a very small portion of what I saw.