One of These Babies is Not Like the Other

My babies have not generally loved tummy time.  Usually I make them endure it for a few minutes a day here and there.  However, three months seems like the magical age where almost overnight they go from hating being on their tummies to pulling their head and chest up and enjoying their new view of the world.

I quote from babycenter.com talking about babies’ neck control at 3 to 4 months of age:

“You’ll notice a definite improvement in head control by this time. Your baby will be able to raise his head to 45 degrees while on his tummy and keep it up steadily.”

Here is Brooke at three months: 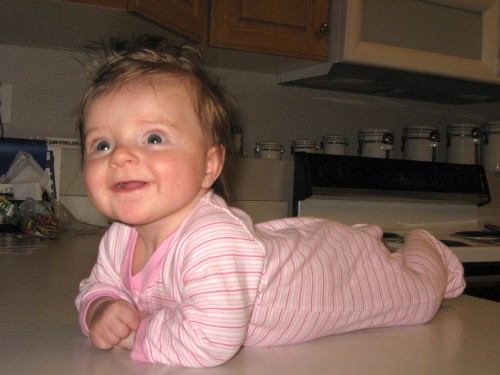 So far so good.  The next picture is Caroline at three months (funny that she’s wearing the same thing Brooke was in the previous picture): 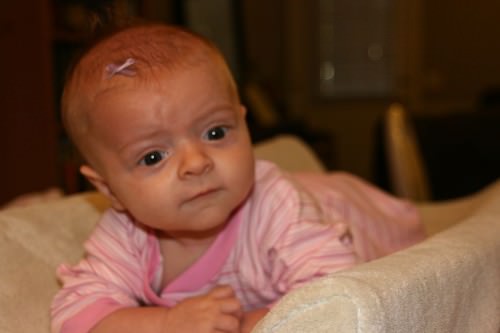 Yep, she’s also got the hang of it.  Baby #3 is where we hit a snag.  Here’s Spencer at FOUR months: 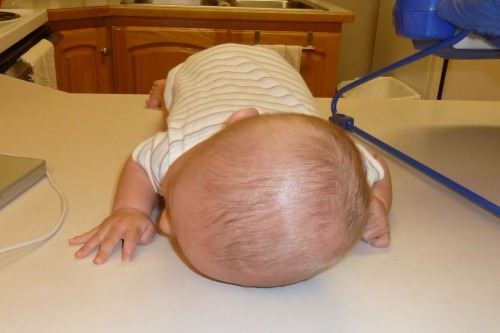 I think my baby is having a little problem with his neck muscles. 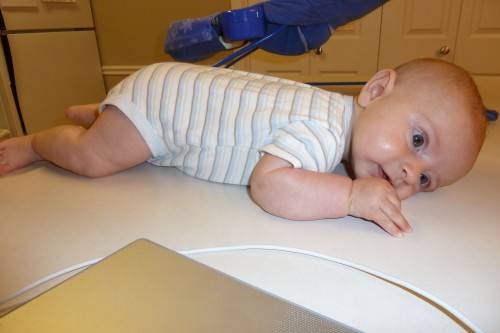 For at least the past three weeks I’ve been aggressively giving Spencer tummy time as often as possible and have seen little improvement in his ability to lift his head off of the ground (much less to the 45 degrees that Babycenter assures me he will be able to do at this age).  We go to the doctor on Tuesday for his four-month appointment.  I’m interested to hear what the doctor says about this.

She’s Had a Birthday, Shout Hooray! We Have Liftoff!