Dallas was on set at the LDS Motion Picture Studio as they were filming the Joseph Smith movie: 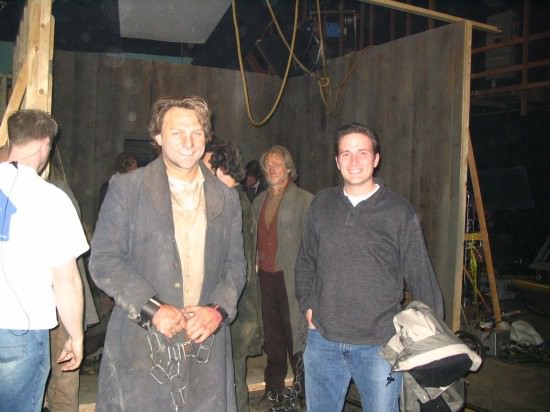 Dallas painted our closet door in our first apartment.  I was a little upset by this considering we didn’t own the place, and I was pretty sure our landlords didn’t want a depiction of the sky, a house, the ground, and China on their door forever but Dallas assured me it would come right off.  It did: 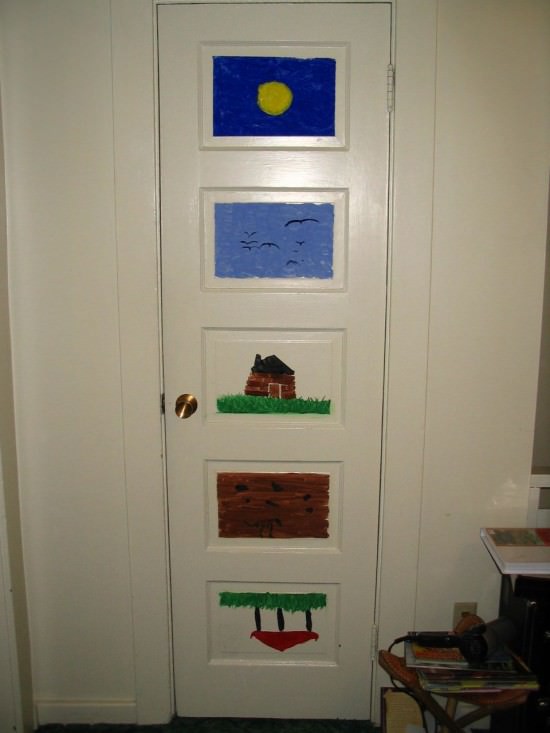 For my birthday Dallas and I went to the temple.  When we got there, Dallas realized he had “forgotten” his recommend.  We had to go all the way back home.  When we entered our apartment I knew something wasn’t right.  It was the weirdest feeling.  I could see little things were out of place.  I went into the kitchen.  Our friends and family popped out and yelled, “Surprise!”  Dallas had given me a surprise party.  So sweet…but still such a weird feeling to walk inside your house knowing it’s not how you left it. 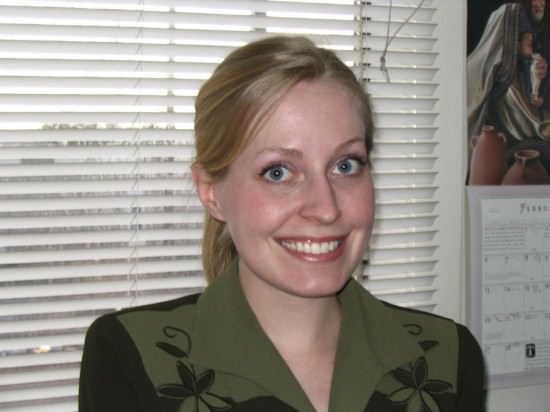 I was turning 24.  Dallas had to get creative with the candles: 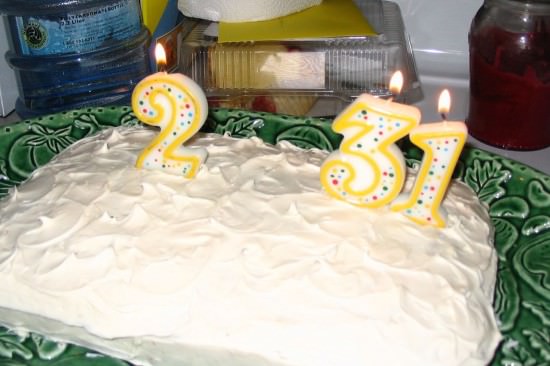 One night there was a huge windstorm.  Afterwards Dallas and I were in our apartment and the lights started doing strange things.  They’d get brighter and dimmer every few seconds.  We couldn’t figure out what was going on.  It was a Sunday so we decided first thing Monday morning we’d call the power company.

We didn’t last that long.

As we were walking home from church was saw smoke.  As we walked closer we realized it was coming from the general direction of our apartment.  As we turned onto our street we saw firefighters and trucks dousing our backyard.

Apparently the windstorm had knocked a tree onto some power lines.  One of them broke and was swinging freely.  Every time it hit another power line it would create a huge fireball that fell to the ground.  That’s why our lights were pulsing brighter.  One such fireball ignited the backyard and burned it all up, including the neighbor’s trampoline.  Luckily that was the only casualty and nothing else was damaged and no one was hurt. 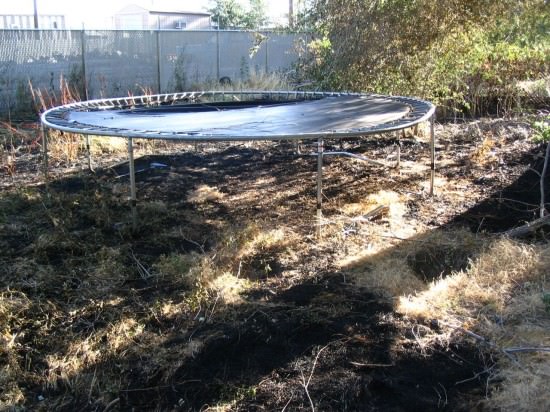 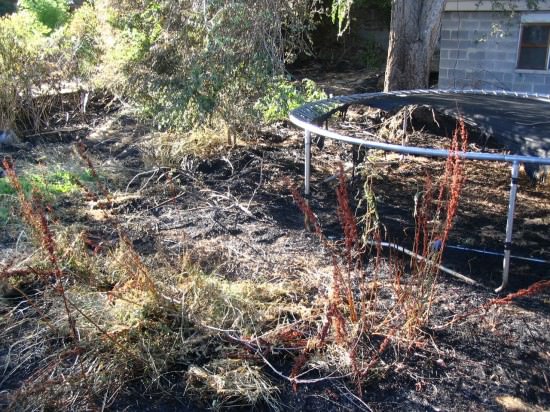 For Halloween Dallas was his usual creative/obscure self and went as The Son of Man painting.  Call me and my family uncultured because we weren’t familiar with this piece of art but now that I know what it is, I love the costume.  I was still teaching first grade and decided to go as Ms. Frizzle from the Magic School Bus books/movies: 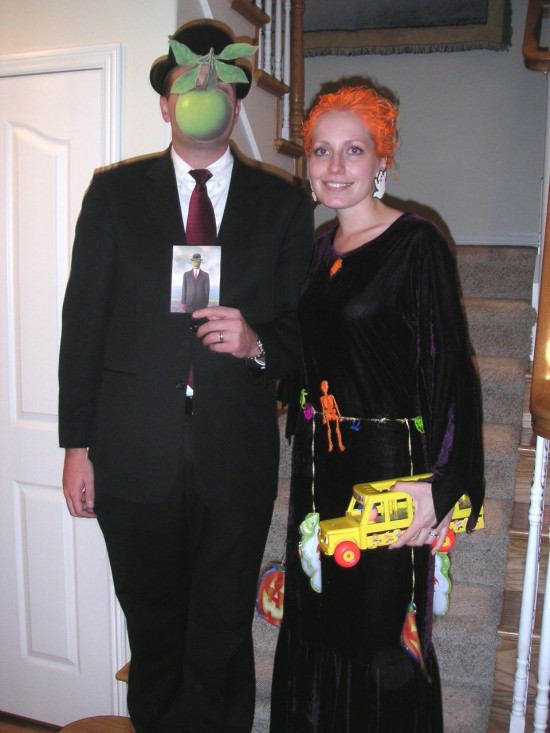 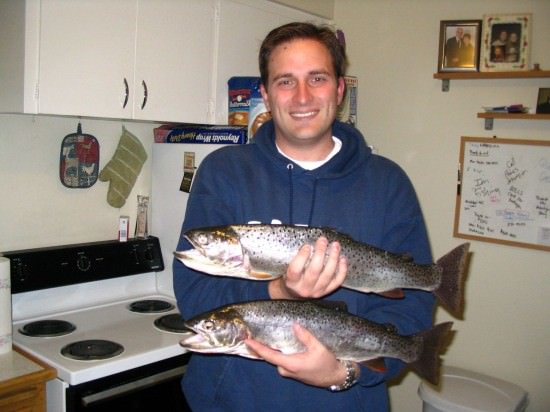 Dallas’s mom was in charge of Provo’s Children’s Celebration of the Arts – a day where kids could go to the park and do all sorts of art projects.  It was such a fun activity.  Dallas and I enjoyed helping out: 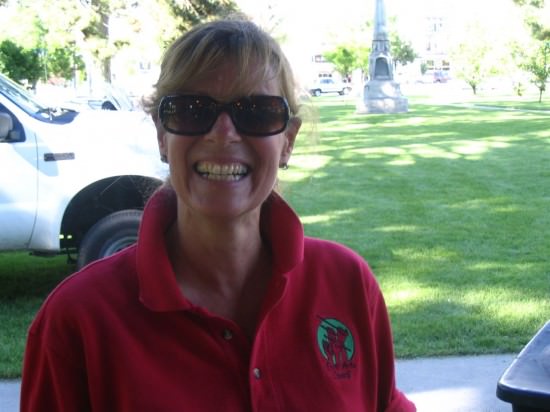 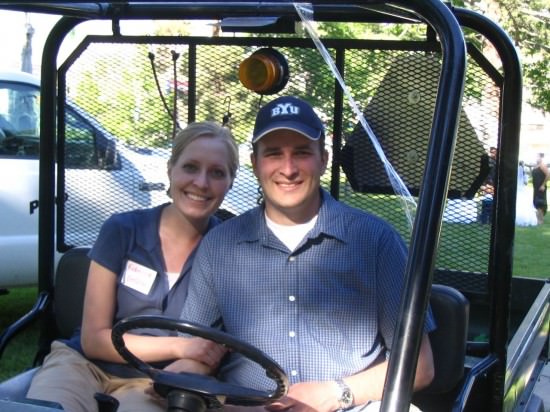 Jacob’s family came for Thanksgiving.  Here he is with Emma: 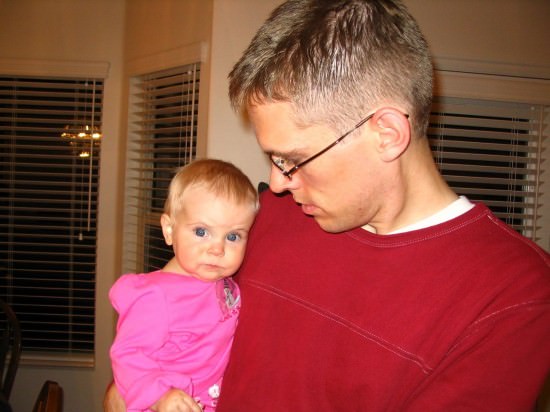 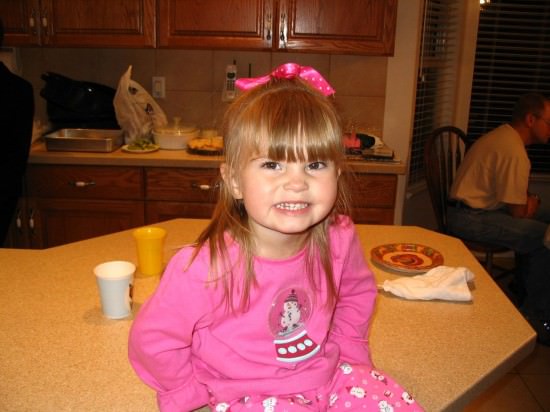 My family all went to Las Vegas to see BYU play in some bowl game out there. 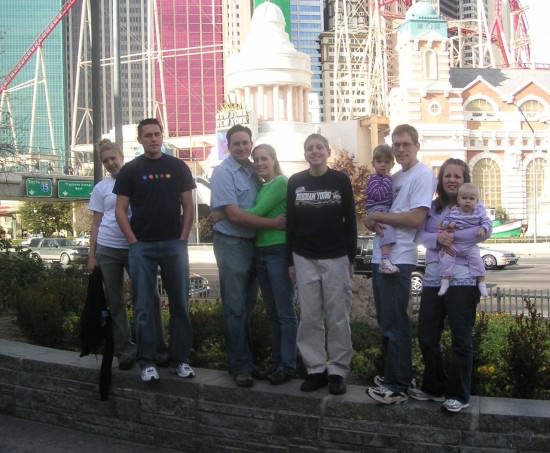 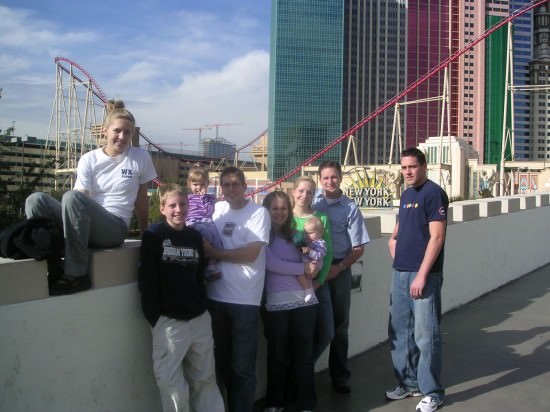 The Nani That One Time We Won the Lottery