Once again I have a million pictures I’ve been meaning to post and haven’t so you get them all at once!  Lucky day!  I’ve been saving some of these pictures since January.

The girls helped me decorate Dallas’s birthday cake.  Dallas just informed me that it was totally disgusting.  Now you know:  never add gummy bears to cakes: 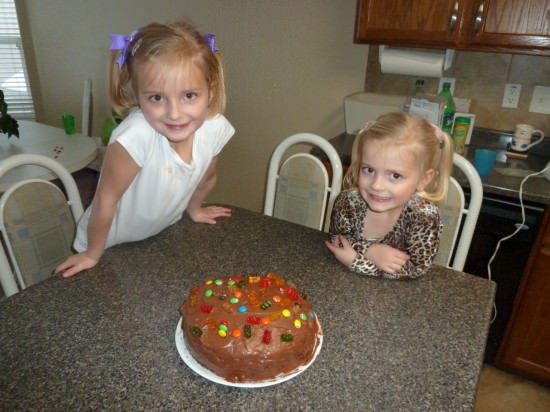 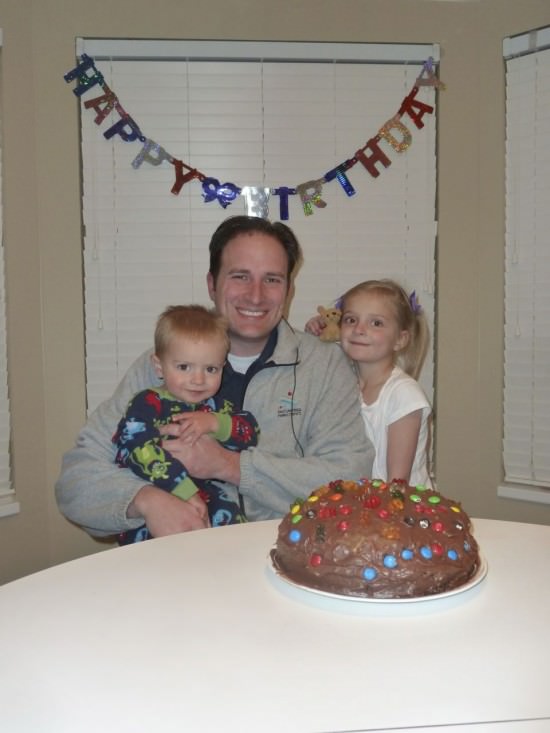 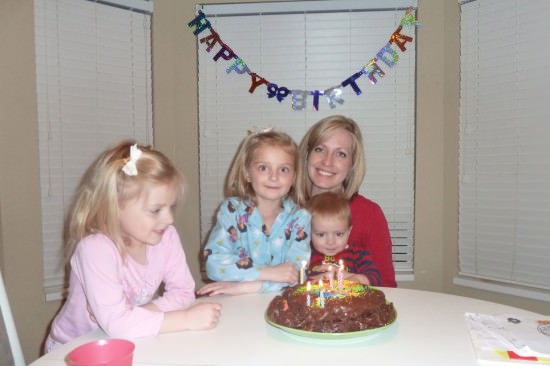 I never took a picture of what Brooke got from Christmas so one day she set out her pony things so we could document: 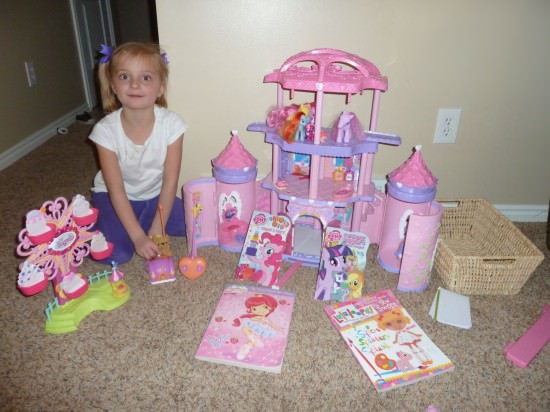 Brooke is sitting right by me and is demanding that I let her add her own caption to the picture.  Here’s what she wants you to know, “I got lots of ponies and I’m getting more.  I love them all.”

One day Spencer was coloring.  I loved that he was using his hand to hold up his head.  This is probably only cute to me: 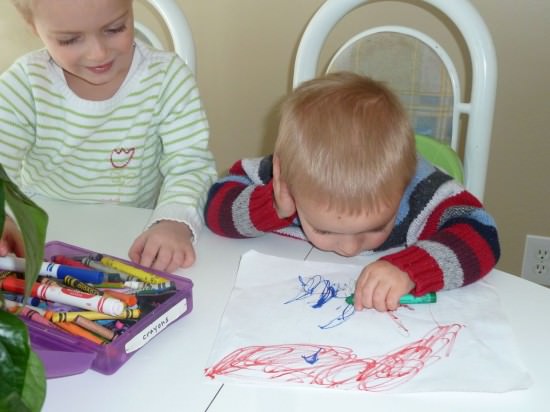 Spencer went through a phase where he wouldn’t stand up.  It was really strange.  It was as if it hurt him to put any weight on his legs.  Growing pains?  Who knows.  He had a hard time rolling his cars on the couch while kneeling: 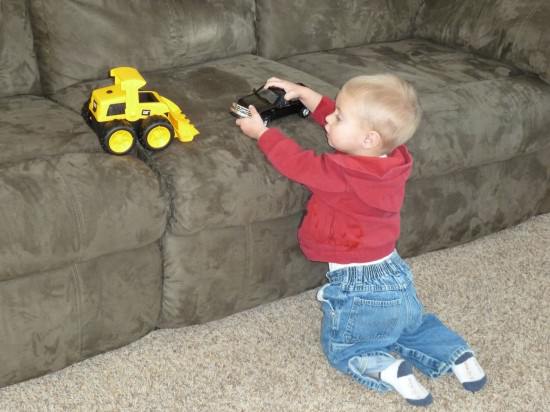 Here he is in happier times.  Who knew toilet paper could be so fun? 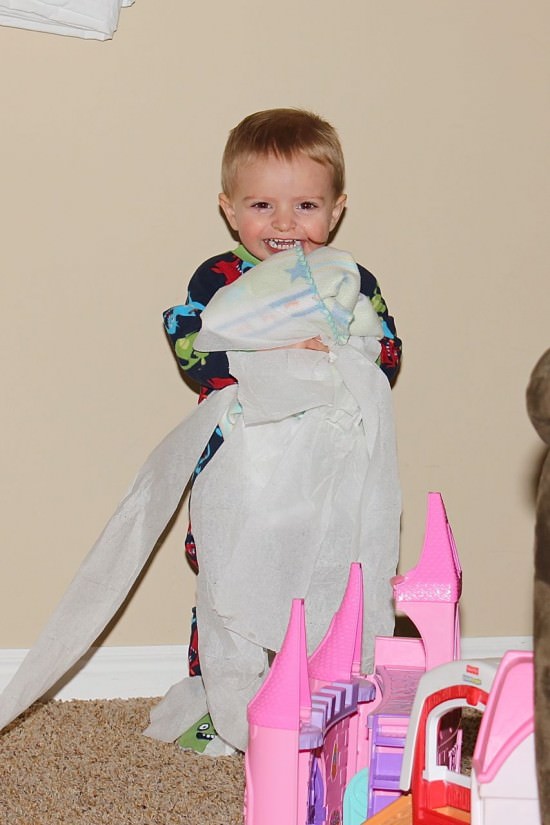 (That stripe on his cheek is my eye liner.  Rascal.) 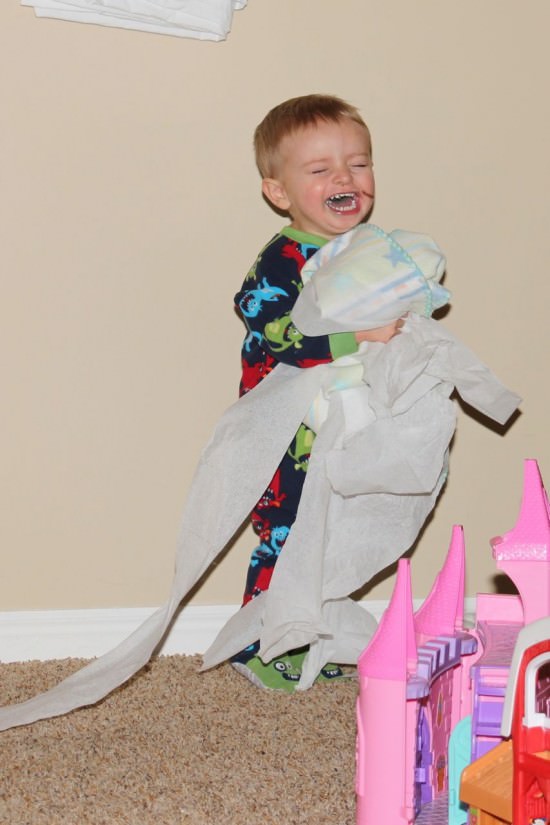 Dallas made the kids a snow fort: 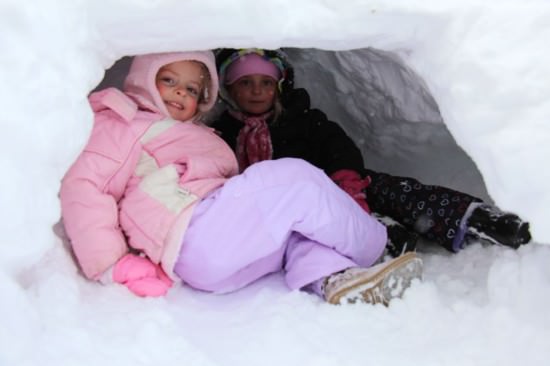 We all went sledding.  Caroline was terrified to sled so I forced her to ride down with me to prove how much fun sledding is.  I love her face in this picture: 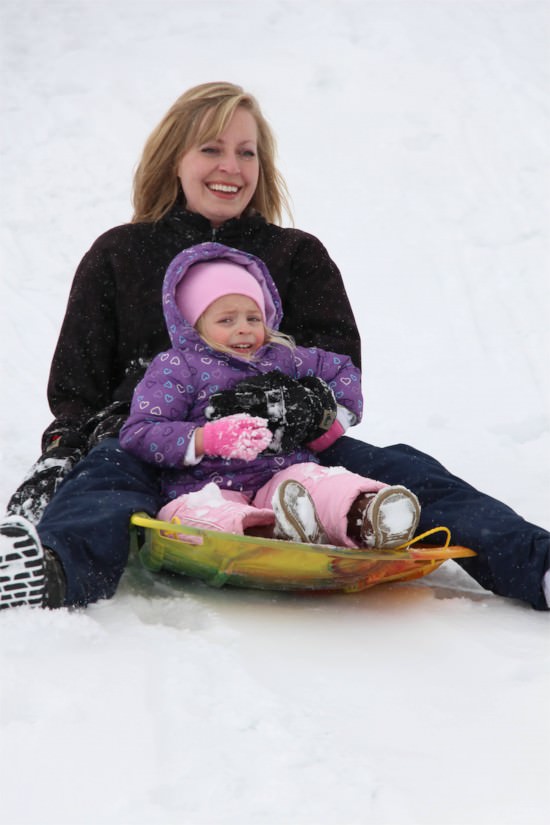 (My evil plan worked and after that first terrifying slide down the hill she begged to go again and again.)

My two boys hard at work: 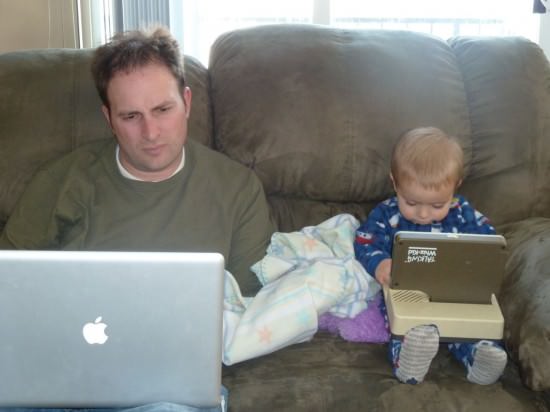 Spencer in a container: 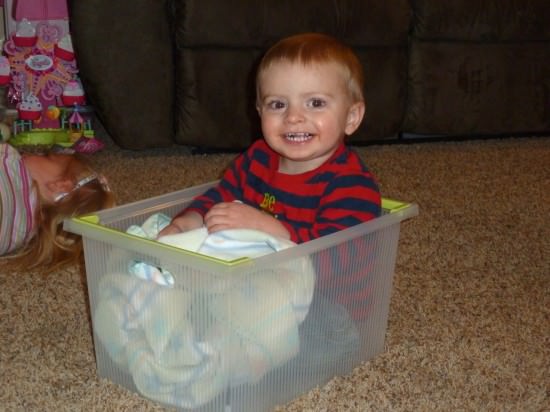 Spencer found Caroline’s headbands and wore both of them one day: 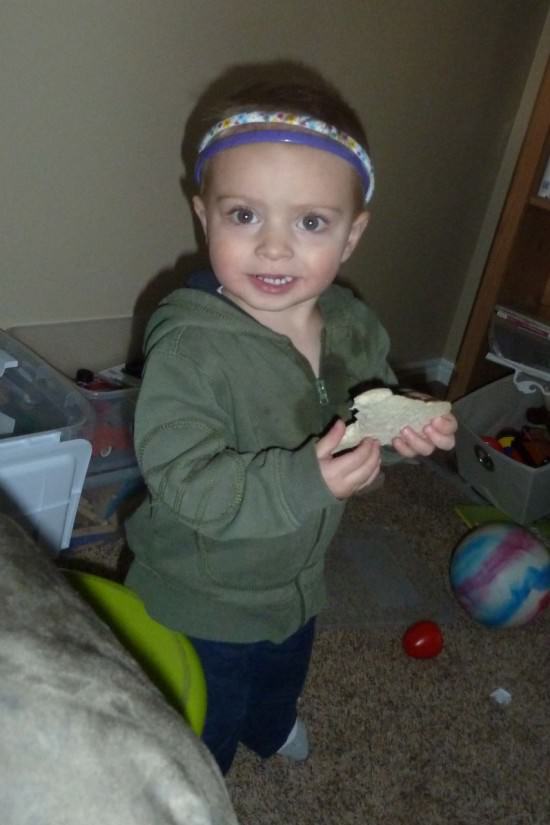 I didn’t realize I had so many Spencer pictures.  Here someone drew all over the table.  When I saw it, I gave Spencer a stern look.  He immediately and innocently exclaimed, “Hey!  Who did this?!”  It was a very convincing act.  Too bad he was still holding the orange crayon: 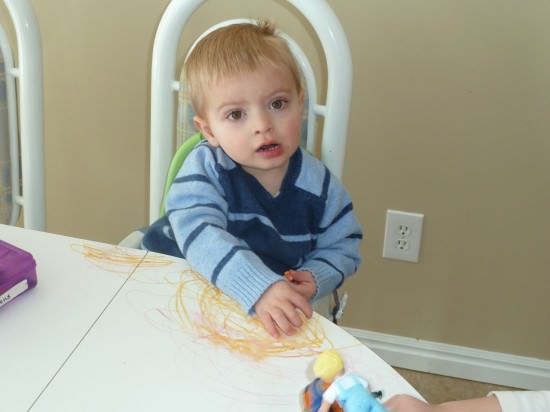 Caroline found some fabric scraps and dressed up like a princess.  She felt very beautiful all day with that bow in her hair: 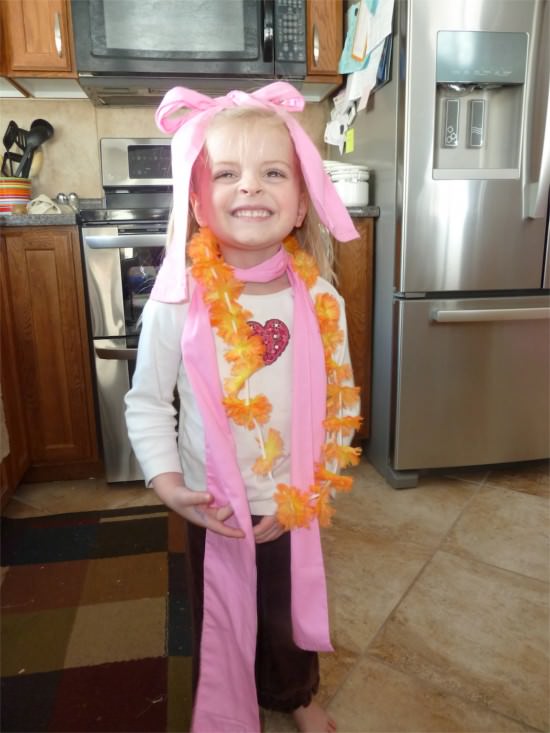 Dr. Seuss had a birthday.  We went to a city activity: 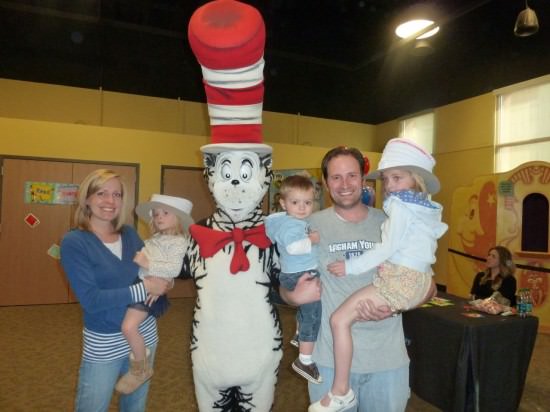 Dallas asked The Cat in the Hat to sneak up behind Brooke and scare her.  She didn’t appreciate the surprise: 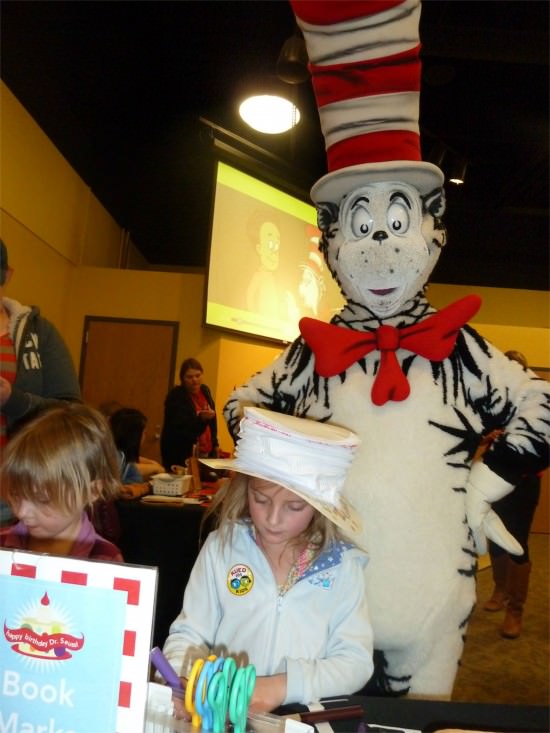 Spencer routinely carries this stool to his room to act as his piano bench while he’s playing with his toy: 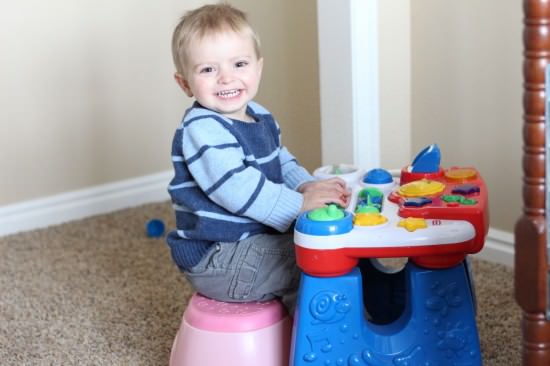 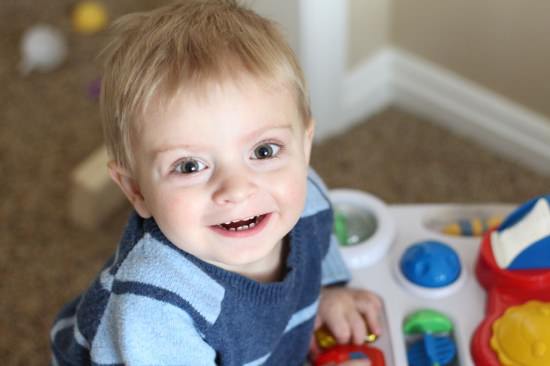 Spencer is terrified of the vacuum.  When he sees me getting it he piles up all of his prized possessions on the couch and waits for me to be done: 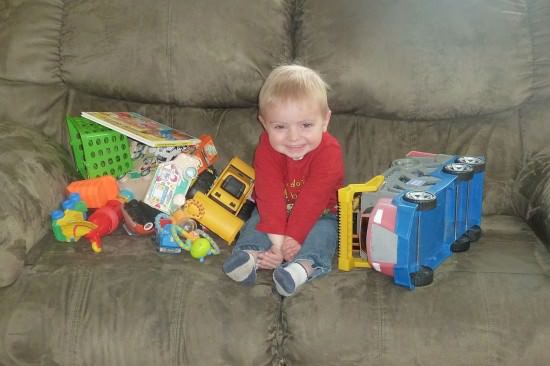 We fed ducks.  The girls used the tall weeds for their fishing poles: 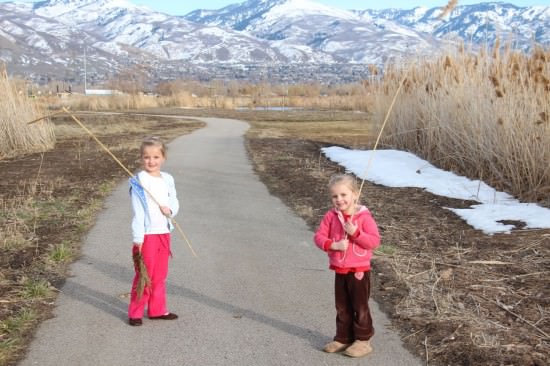 More Brooke commentary, “I like to go fishing, but this is just a pretend fishing rod.” 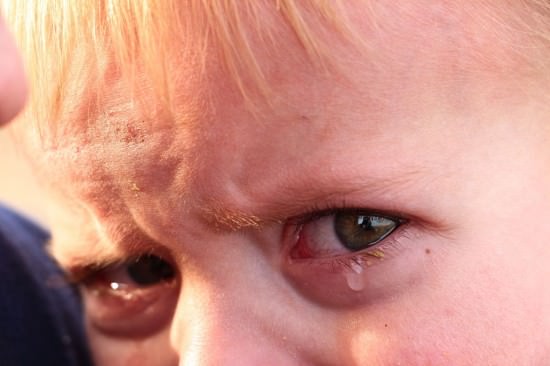 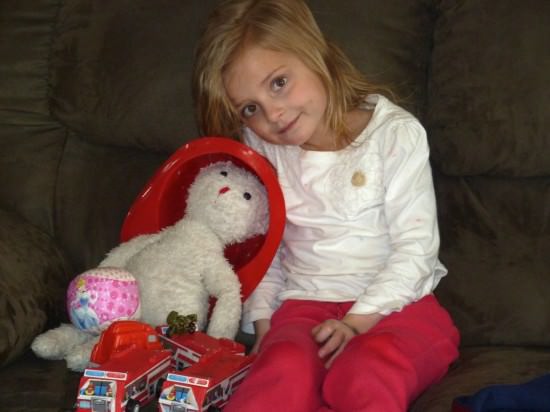 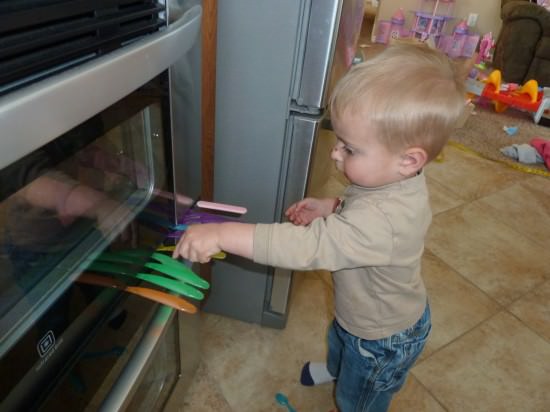 I’ll end with some artwork by Brooke.  One day I saw she had drawn a CTR ring on the back of her school paper: 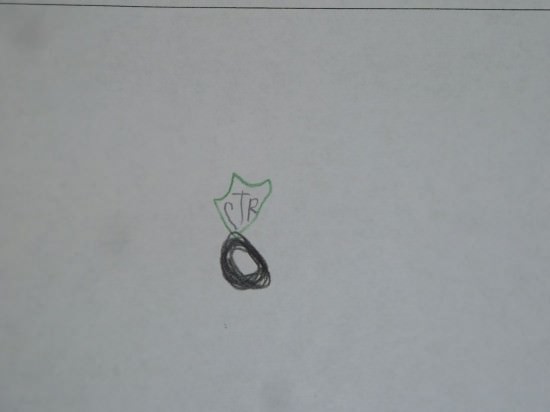 Brooke has taken to using her creativity when completing a task that requires absolutely no creativity – writing her name on her papers.  That girl. 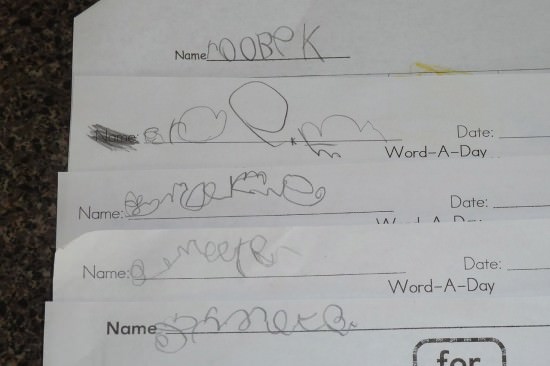 Brooke drew a picture of me.  I’ve never looked prettier: 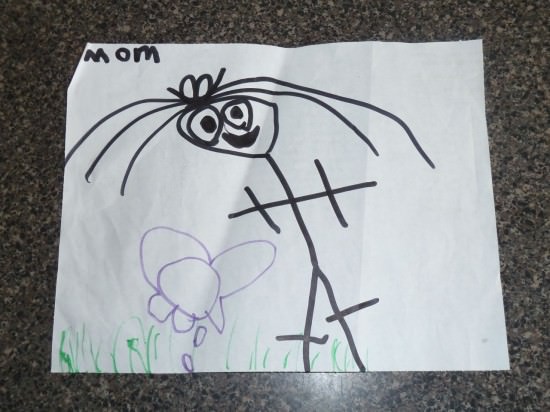 Brooke’s favorite show is Wall-E.  Here she has drawn the characters from the show: 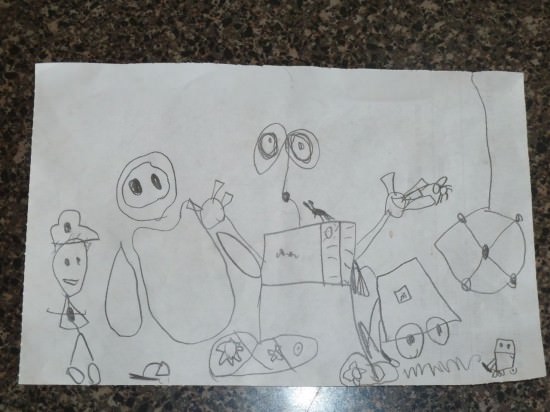 Left to right:  The captain, Eve, under Eve is the Pixar lamp, Wall-E (notice the cockroach on his shoulder and that he’s holding the plant), one of the robots, Auto, and another cleaning robot

I Made a Teddy Bear Easter