Runt of the Litter

Spencer had his two-week checkup on Wednesday.

He weighed 7 pounds 10 ounces putting him in the 18th percentile for weight.

He was a whopping 19 inches long which translates to the third percentile for height.

At two-weeks old he is almost exactly the size of Brooke and Caroline when they were born.

This kid’s got some growing to do! 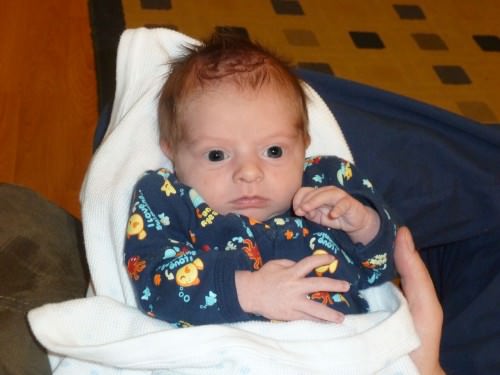 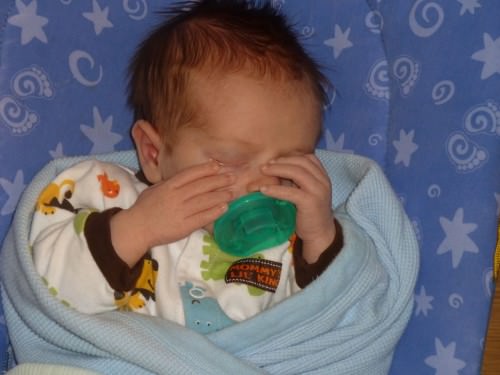 Spencer hasn’t been the greatest eater.  I was getting so frustrated with him.  One day I happened to notice that Spencer takes after his uncle, Ben.  Unfortunately, Spencer had a butt tongue meaning he had a tight frenulum (the tissue that connects the underside of your tongue to the bottom of your mouth) which was restricting how far he could move his tongue.  I suspected this was making it difficult for him to properly latch on during feedings.

You may have noticed I used the past tense in that paragraph.  Yes, Spencer had a butt tongue…but doesn’t anymore.  I reported my suspicions to the pediatrician and he confirmed that Spencer’s frenulum did seem a little tight.  He said he could clip it in the hopes that that would solve our feeding troubles.  I gave the okay and the next thing we knew Spencer was pinned down to the table with hands and instruments invading his mouth.

The procedure was no big deal.  The doctor took scissors and snipped the little tissue back a bit.  Spencer screamed for a second but was fine once I got to hold him again.  Tough kid.  Then Spencer started moving his tongue in ways I’d never seen before.  I mean, he licked his lips!  Hooray for tongue range of motion!