I can’t get enough of Caroline’s growing vocabulary and ability to piece words together to get her idea across.

Lately she’s started saying, “Look, Dad!Â  Watch this!”Â  Then she proceeds to do something she thinks is remarkably clever (such as spinning around in a circle or burying her head in a blanket), and expects us to shower her with smiles and laughs (which we readily do).

She has also started saying “Want this!” at the dinner table.Â  When I type that, it seems like a cute thing to say until I confess that her “Want this!” is said while vehemently shaking her head no and is closely followed by an “Uck!” sound.

I’ll wrap this post up with a picture.Â  Do you think this much yarn around a toddler’s neck presents a strangulation hazard? 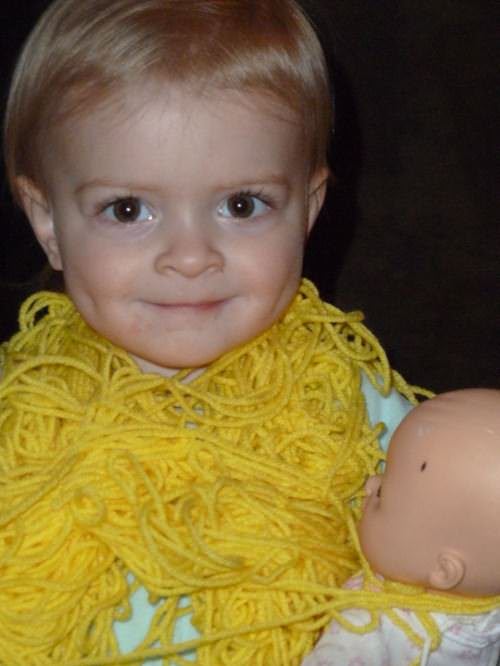 Christmas In Pictures “Self Portrait” by Brooke