A few weeks ago we had our ward campout.  I have this idea in my head that I don’t like camping.  I think it started when I was little and my parents said they hated camping, so even though I hadn’t gone much, I just assumed I hated it too.

Dallas loves camping.  He tries to talk me into going camping with him more, but our compromise has been that I’ll camp with him once a year, for ONE night, on a designated campsite, during the yearly ward campout.

As I read the fliers for this year’s campout, I caught myself accidentally thinking, “Wow.  This sounds…fun.”  We were promised flushing toilets!  Showers!  Games!  A slip and slide!  Skits!  Dinner, dessert, s’mores, and breakfast all provided!  I told Dallas I might actually enjoy myself this time.

We got to the campsite and it was wonderful.  There was a huge field where kids could run and we could set up tents: 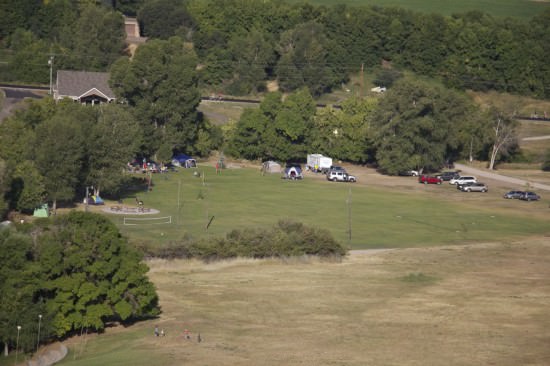 There was a little exercise area that the kids loved to play on: 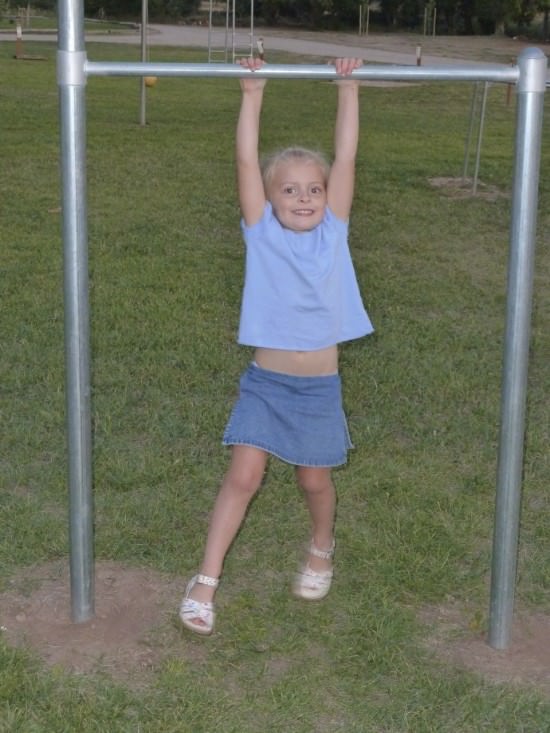 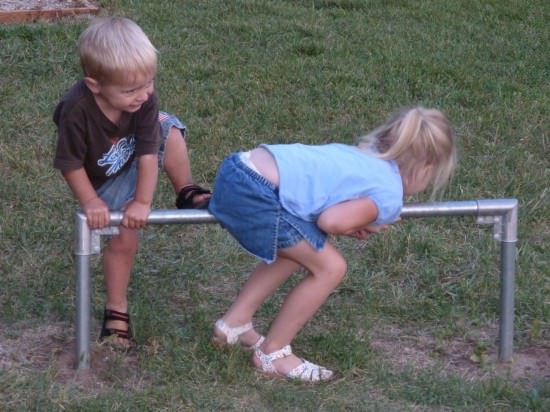 There was the promised slip and slide which Brooke loved: 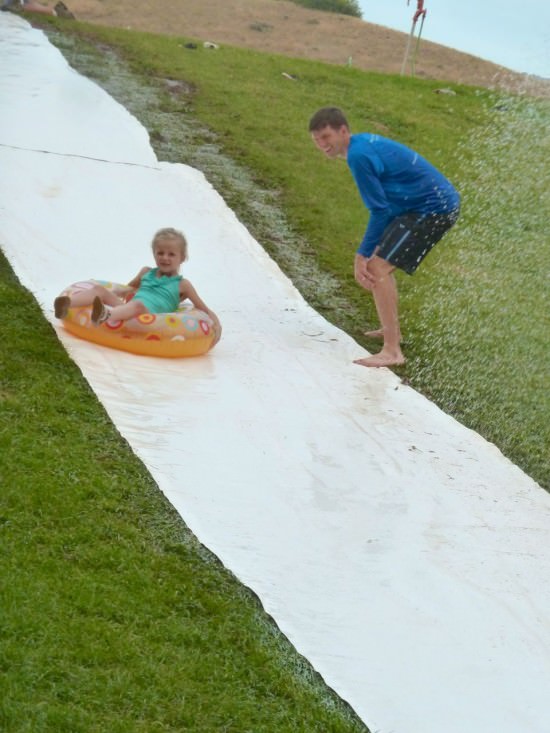 Spencer wasn’t a huge fan of his solo ride: 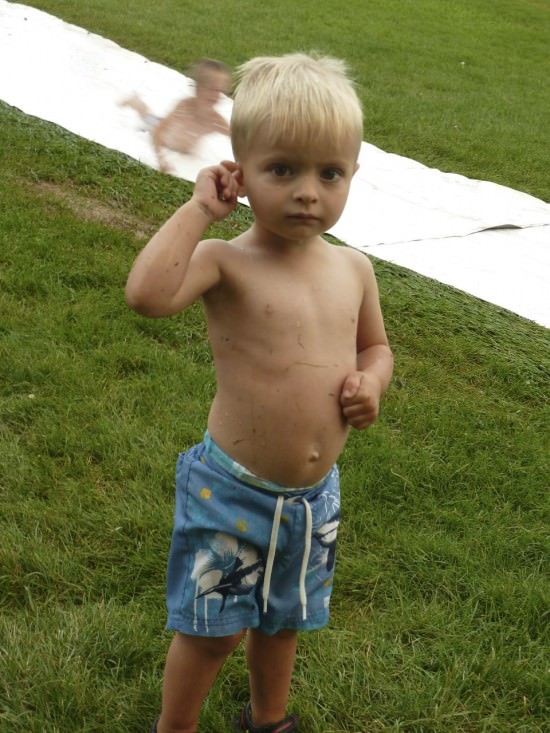 So we convinced him to try again with Brooke.  He still didn’t love it: 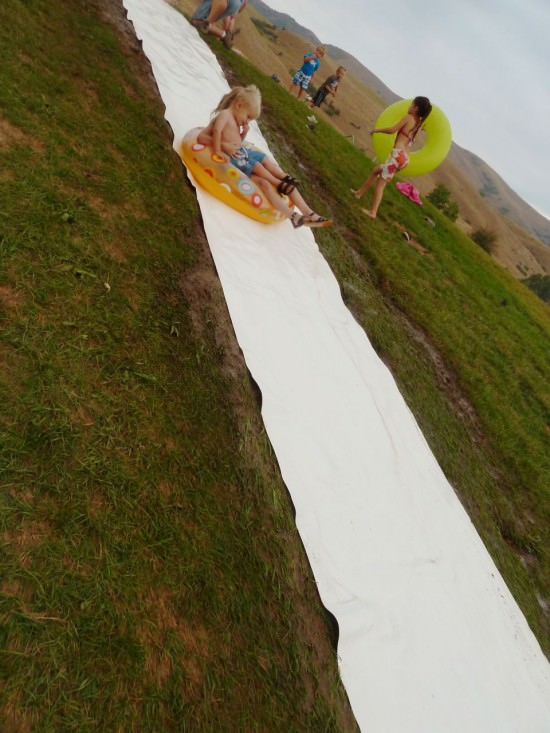 Caroline also did it but seeing as she made me walk her three fourths of the way down the slide before putting her in the tube, her ride wasn’t long enough to snap a picture.  Apparently it was still scary enough for her to never want to do it again, though. 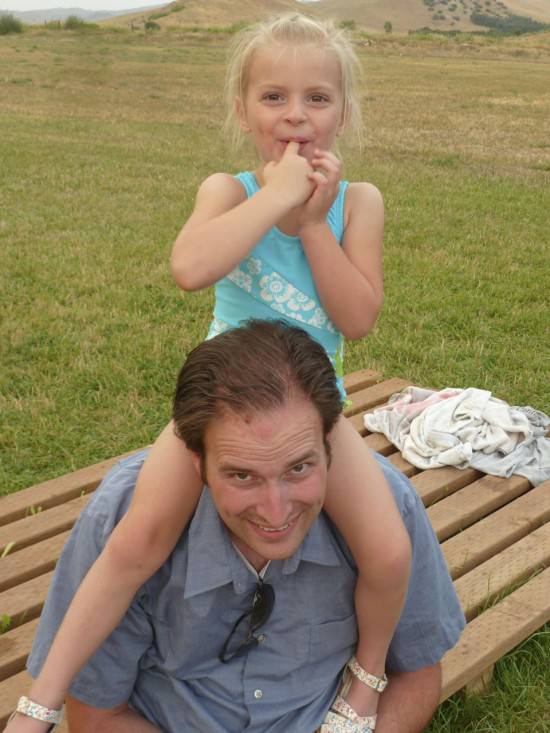 Brooke’s favorite part of the campout was this silly rope swing: 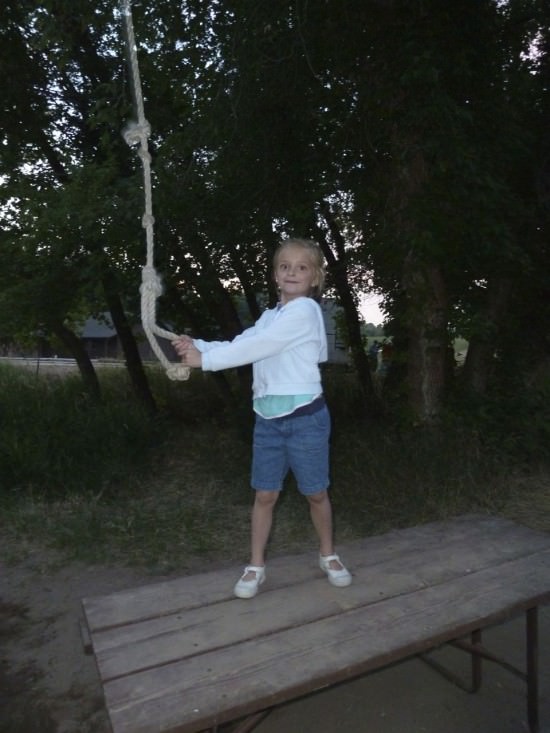 Just when I was starting to think I may like camping after all, bedtime came.  No sooner had we gotten the kids settled in their spots than Dallas said, “See ya!  I’m off to take pictures.  Be back sometime!”  And he left.

He left me in a tent with three raging lunatics who were all still wide awake, of course.  Notice our sleeping arrangements, because this will come into play in a minute.  Caroline was on one side, then Brooke, Spencer, me, and (eventually) Dallas. 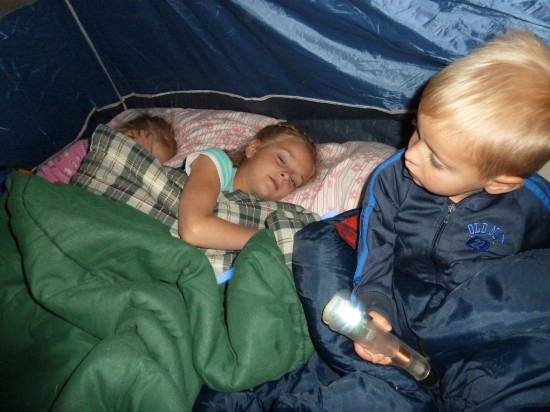 Within ten minutes sweet Caroline had nodded off and was happily dreaming.  Brooke and Spencer were still running around the tent, hitting the sides of the tent, screaming, yelling, laughing, turning flashlights on and off, etc.  When that got old, they started bugging each other.  Why didn’t I put Caroline in between those two?  I’ll never know.

This campout marked the first time in his life Spencer has slept without being confined to a crib or a pack and play.  For some reason I thought he would settle down quickly, but…no.  Finally, by some miracle, Brooke fell asleep.  It was about that time that I realized I hadn’t given Spencer his pacifier.  No wonder he was still awake!  I took the paci out of our bag with a flourish, plugged the kid up, and knew that within seconds he’d be sleeping.

He was still having way too much fun romping around the tent.  I just decided to lay down and try to sleep anyway.  Spencer was by my feet, and I must have dozed for a second because the next thing I thought was, “Huh.  Spencer sounds really far away.”  I bolted upright and realized he had escaped the tent.  Rascal.

Luckily he was just outside the door giggling like a maniac.

Just as I was again dozing off, Dallas returned from his midnight photowalk.  I reminded myself to get really mad at him the next day for abandoning me with the hooligans while he had a peaceful evening.

Again I bolted upright and thought, “What in the world?  Caroline escaped?!”  I felt all around her spot and sure enough she was missing.  Then I realized she was curled up at the bottom of the tent where all our feet were.  Crisis averted.

Brooke went back to sleep.  I didn’t.

By about 3:30 I needed to go to the bathroom but it was so far away.

By 4:00 I decided to make the trek to the bathroom.

By 4:30 Spencer had migrated to my head and was hogging all my pillow.

By 5:00 Caroline had crept up into all of my foot space.  I was curled up in a little ball unable to move for fear of waking her (or Spence).

By 5:30 I knew my childhood notions of hating camping were true.  Camping is the worst.  I hate it.

At some point everyone woke up. 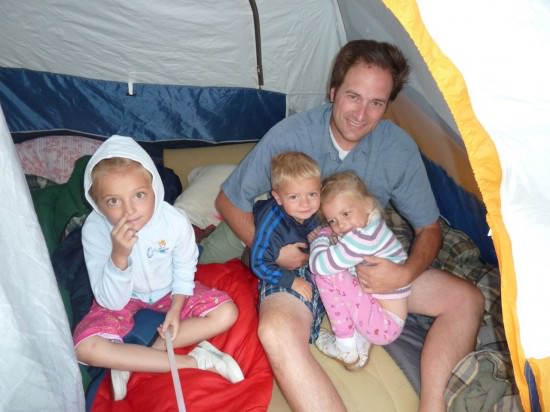 We went for a morning hike: 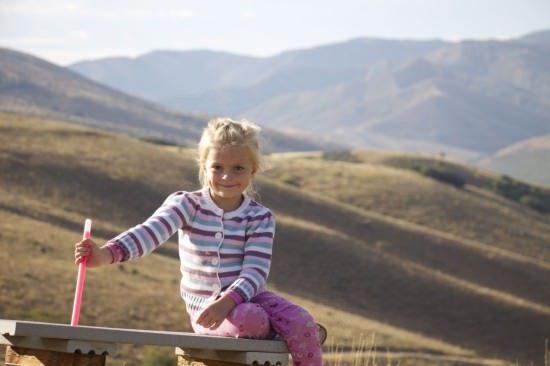 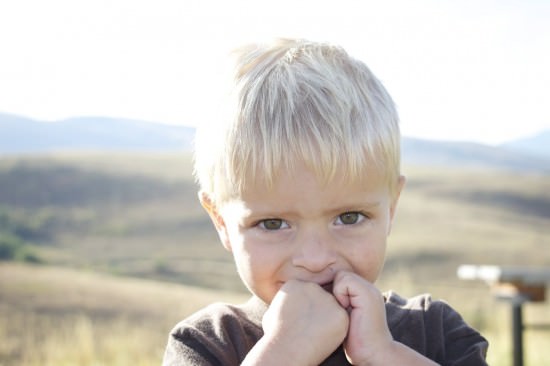 But I hate sleeping in the mountains.  Dallas and I pay good money on our mortgage to keep a roof over our heads.  Doesn’t it seem wasteful to choose to give up that sleeping arrangement…for a tent?!

Glen vs. The Deer Disneyland Here We Come!