You Probably Shouldn’t Read This

Sometimes your day does not go as expected.  You might have to run to the store to pick up a forgotten ingredient or have to reschedule visiting teaching because of a sick child or, in my case yesterday, have to go to the doctor because your son accidentally kicked your toenail off.

If just hearing the phrase “kicked your toenail off” makes you feel queasy and light-headed, you may want to stop reading right now.

Don’t say I didn’t warn you.

Let’s start with diapers.  I read a blog of a mother who always seems to be running out of diapers which I find slightly baffling.  I mean, is it really so hard to remember to pick up diapers every couple of weeks?  I don’t think I’ve ever come even remotely close to running out of diapers.  Until this week.  I opened up Madison’s diaper drawer and bam – a taste of humble pie.  One diaper left.  I had just been to the store, and I knew I wouldn’t be able to go to the store that day.  After scrounging every diaper from the car and various diaper bags, I was able to make it through knowing I could get to the store the next day (yesterday).

We also needed to go to the library.  We had books on hold that were about to expire and I need them because we’re getting ready for a car trip and those books are crucial to our road trip success.

So there we were, Spencer and I happily gathering books and getting ready for our morning of errands.  Spencer stooped down to help me pick up a stack of books and as he did so his foot bumped the top of my foot right were my toenail is.

Maybe I should back up and talk about my toenail now.  For ten years I’ve had a disgusting-looking toenail.  I can’t exactly remember what I did to injure it in the first place, but I ended up needing to have it removed when I was pregnant with Brooke.  It didn’t grow back normally.  Three years ago Caroline kicked it loose during church.  Restraining myself from screaming at the top of my lungs during sacrament meeting demonstrated self-control I didn’t know I had.  I had it removed for the second time the next day.  I was prepared to have the podiatrist kill my nail bed at that time so I wouldn’t again have another fungusy nail grow in.  I told my doctor my plan.  He looked at my toenail and was CONVINCED that with a little work (and a lot of money!) we could get my nail back in beautiful shape.  I foolishly trusted him and babied my stupid toenail more than any toenail deserves to be babied. I put special medicine on it to kill any fungus that may try to grow.  I went in for laser treatments to keep it sterile and fungus-free.  One year and over a thousand dollars later and what did I have to show for it?  A yellowish, thick toenail that my sister likened to looking like a turtle shell on my toe.  I assured myself that with a little toenail polish, no one else would be the wiser and I could wear sandals without shame.  Never mind that every baby or toddler who saw my foot was immediately drawn to that toenail and they tried mercilessly to pull it off at every opportunity and I’d occasionally see people’s eyes casually drift to my feet and stare a bit longer than was necessary at that toe.  (Is this where I admit I wasn’t fooling anyone but myself?)

For the past several months I could tell my toenail was getting worse.  I knew the time was coming for me to get it removed again.  However, it was summer and I didn’t want to have a gaping toenail wound when we were swimming all the time.  Plus, we have that trip coming up so I thought I’d just wait until after my trip and then face the unpleasantness that is a nail avulsion.

So back to the story at hand.  I have a gross toenail.  That Spencer just ripped off.  I knew the second I felt his shoe hit my nail what had happened.  I closed my eyes and screeeeeeeeeeamed.  Spencer immediately took cover in his room.  Madison hilariously brought me my phone for comfort.  It’s because of her that we have this: 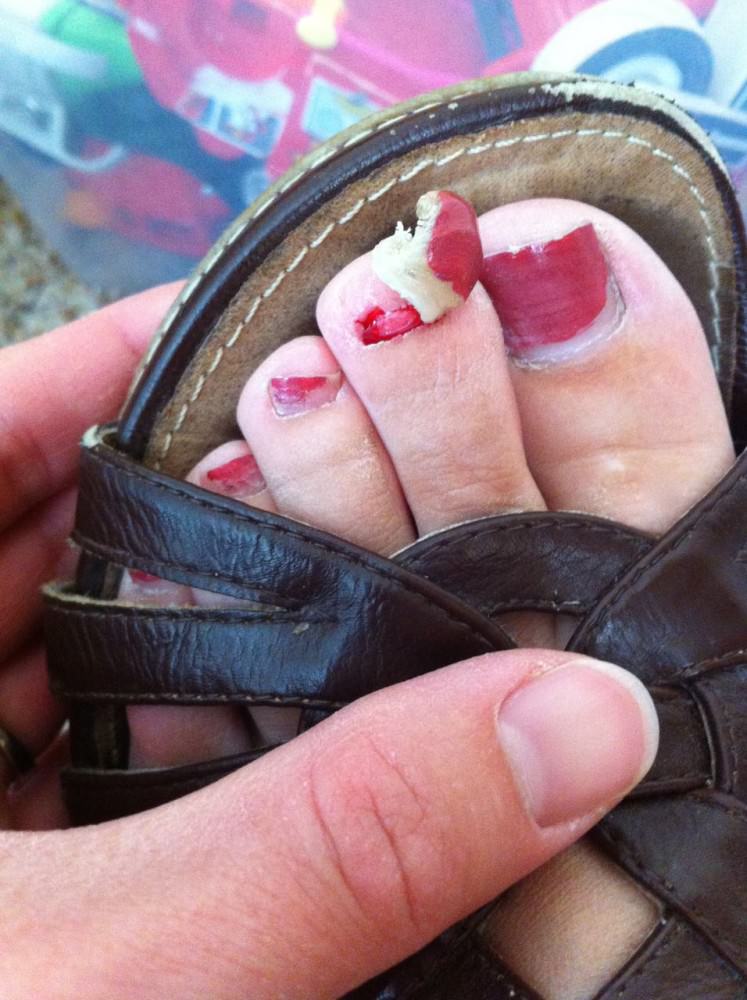 Probably the only thing worse than getting your toenail ripped off by accident is getting it partially ripped off.  I now found myself in the unfortunate position of having to finish the job Spencer started.  Spencer had inched his way back to me to see what exactly he had done.  When he laid eyes on my dangling toenail, he ran for the hills again.  He made it back to me just as I was about to pull the nail out.  I told him what I was going to do and he said, “Okay, but let me go back to my room first.”

I did the job with minimal screaming mostly because my throat was hoarse from my first outburst.  I hobbled over to the Band-Aids as my nail bed pooled with blood and spurted everywhere with each step.

I called the doctor and they said they could get me in later that day.

Life goes on, and we still needed diapers and library books so I sucked it up and told Spencer we were going to do our errands.  We were able to do them without incident other than having to park super far away, forgetting to pay for two things, and going back into the store to pay and avoid being a shoplifter.  No big deal – it’s not like my toe was throbbing with each step I took.

I made it to my appointment.  I was really hoping since my nail was already out that the doctor wouldn’t have to numb my toe.  That’s the worst part.  No such luck.  He proceeded to give me the most painful shots I have ever had.  Then he said, “Now I’m just going to dig around in your nail bed to make sure there aren’t any pieces of nail still in there.”

I told him I was pretty sure Spencer had made a clean break, and I had even brought the nail in case he needed to inspect it.  He seemed to be amused that I had done that.  Is that a weird thing to do?  I don’t know the proper etiquette for situations like this.  The doctor assured me he didn’t need to see the nail.

I feel like I’ve already gone off on too many tangents while relating this story, but here’s one more.  When I was getting braces in middle school, I had to wear a bite plate. At one appointment the orthodontist told me I no longer needed it.  I asked him what I should do with it and he said something like, “Whatever you want.  Keep it.  Throw it away.  Turn it into a Christmas ornament.”  The absurdity of something like that hanging on a Christmas tree has always stuck with me which I guess explains why I then said, “Okay.  I’ll just keep the nail and turn it into a Christmas ornament.”

The doctor only acknowledged my ludicrous comment with a slight pause in his procedure and an almost imperceptible eyebrow twitch.  Did he not get that it was just a joke?  I’m not really going to turn my toenail into a Christmas ornament!  Doctor, really!  I’m not THAT weird!

I’m only planning to post it on my blog. 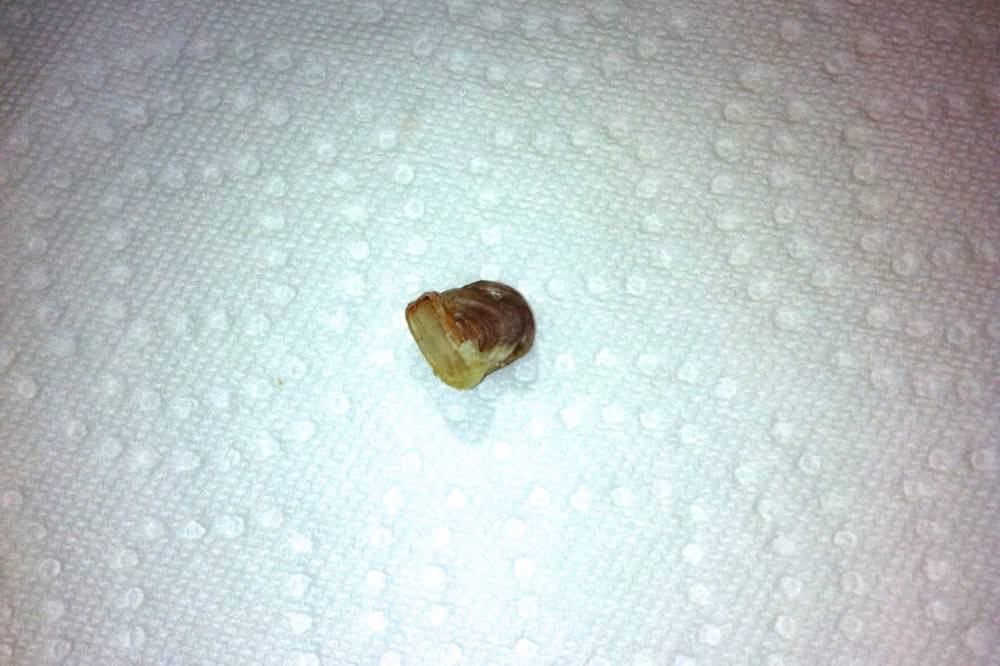