I Made a Teddy Bear

Brooke’s obsession with bears has been pretty well documented on our blog. (Want to see Bear in his prime?  Check here and here.)

So maybe what happened next shouldn’t surprise me so much.

I decided to search our library for bear books.  One of them ended up being a book all about how to make bears.  I checked it out for Brooke because I knew she would have fun looking at the pictures of all the different kinds of bears.  Never in a million years did I anticipate I would actually use the book.

However, I should have known that Brooke would fall in love with the bears pictured on the pages…and her love would cause her to beg me to make her a bear.  I wasn’t sure my sewing skills were up to par, so I kept trying to brush her off hoping she’d forget about it, but it was no use.

Luckily, she took a liking to one of the easier bears to make.  After studying the instructions I started to think I might actually be able to make her a bear. 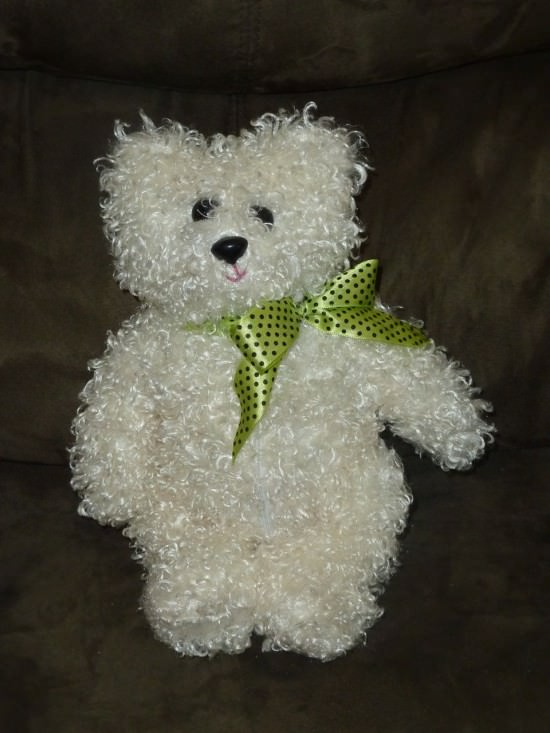 Meet Treasure Bear Ice.  He’s a treasure bear because his belly is a zipper so Brooke can keep all of her treasures zipped up inside of him.  He’s named Ice because I finished him the week that she was studying the letter “I” in school, and her show-and-tell needed to start with that letter.  “Ice” was the only “I” name she could think of. 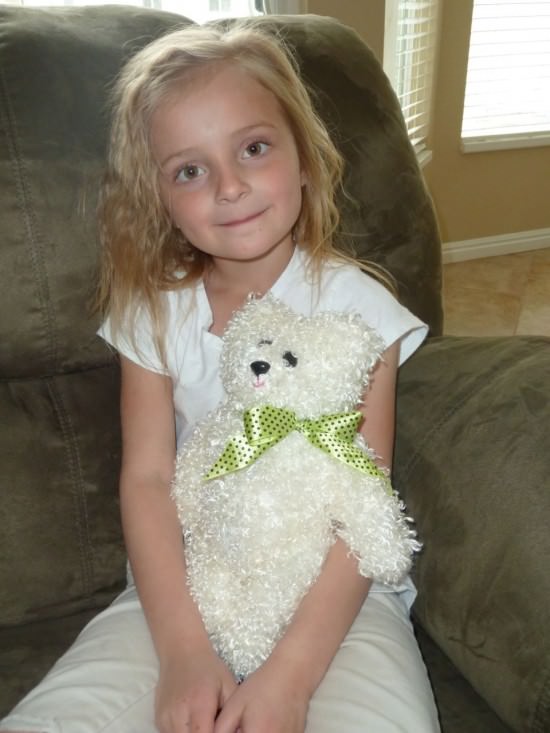 Luckily for me his flaws aren’t readily seen in these pictures so you will all be under the impression that I’m a great bear maker. 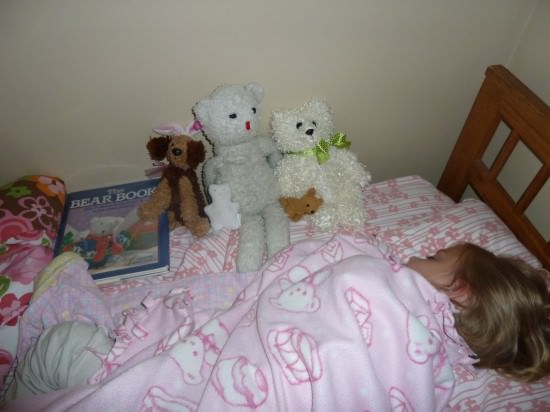 Brooke loves Treasure Bear Ice.  She now drags him along with her other bear everywhere we go.  One day she said, “I love Treasure Bear Ice more than Bear.  It’s kind of like Andy when he got Buzz.”  I could tell she sensed she was betraying her old friend, Bear.  Then she added, “I still love Bear though.”

And thus begins Treasure Bear’s journey of getting as dingy and matted as her old bear.

Picture of the Week Potpourri