Once again I have a million pictures saved up that I feel compelled to show you, so here’s another installment of Potpourri!

The kids wanted to go to Yogurtland.  Dallas said it was too expensive and that we could have a similar experience buying our own ingredients and doing it at home.  Then he proceeded to go to the store and spend more money on ice cream and toppings than we would have had we gone to Yogurtland in the first place.  (Dallas would like to point out that at least we got multiple servings from the ingredients he bought.) Either way, we all had fun: 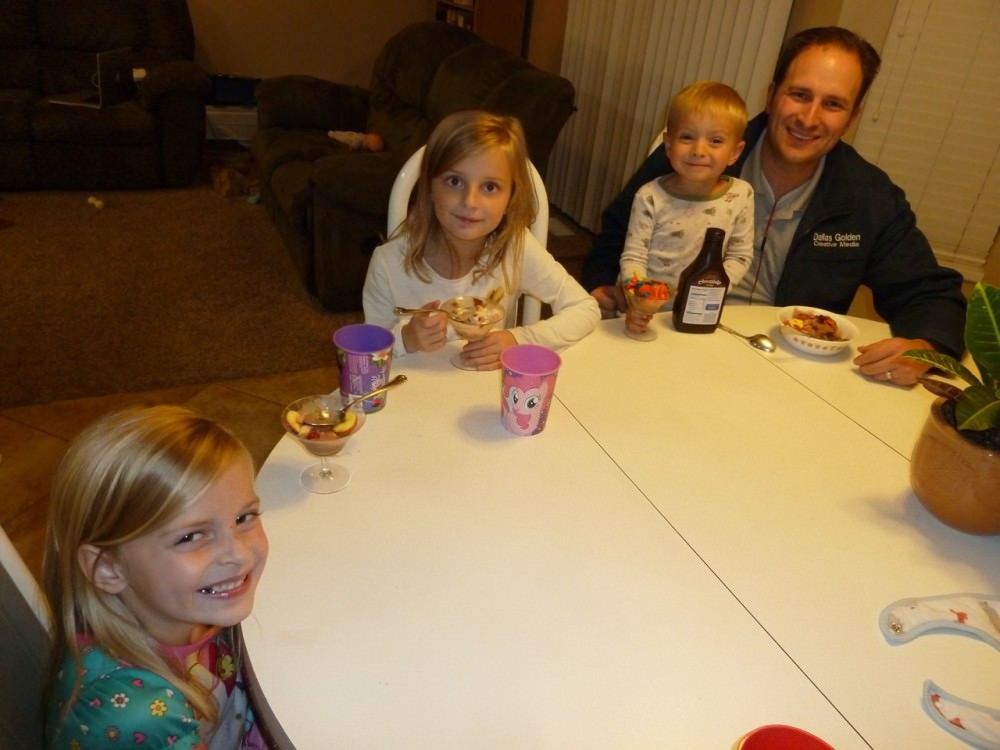 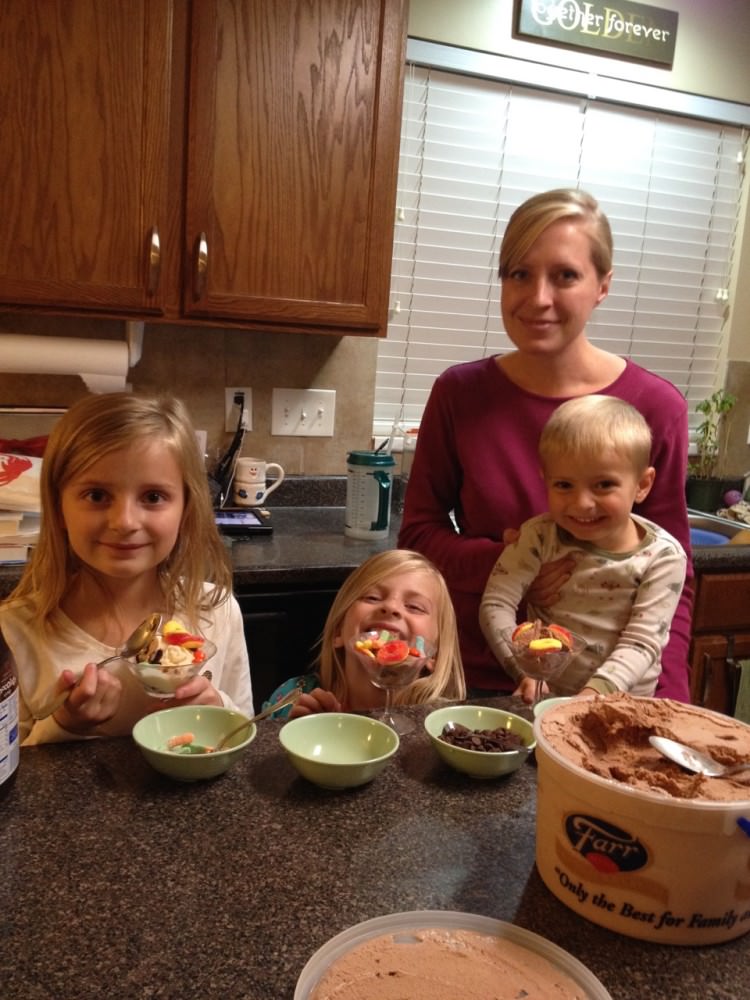 Dallas allowed us an authentic trip to Yogurtland. (It was the day they were giving out yogurt for free.) 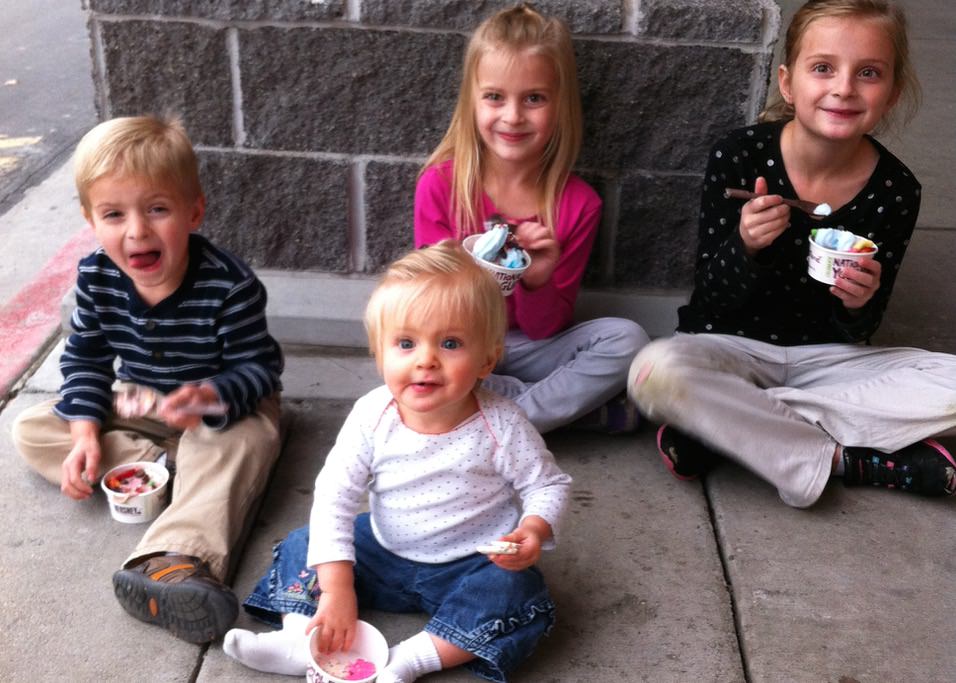 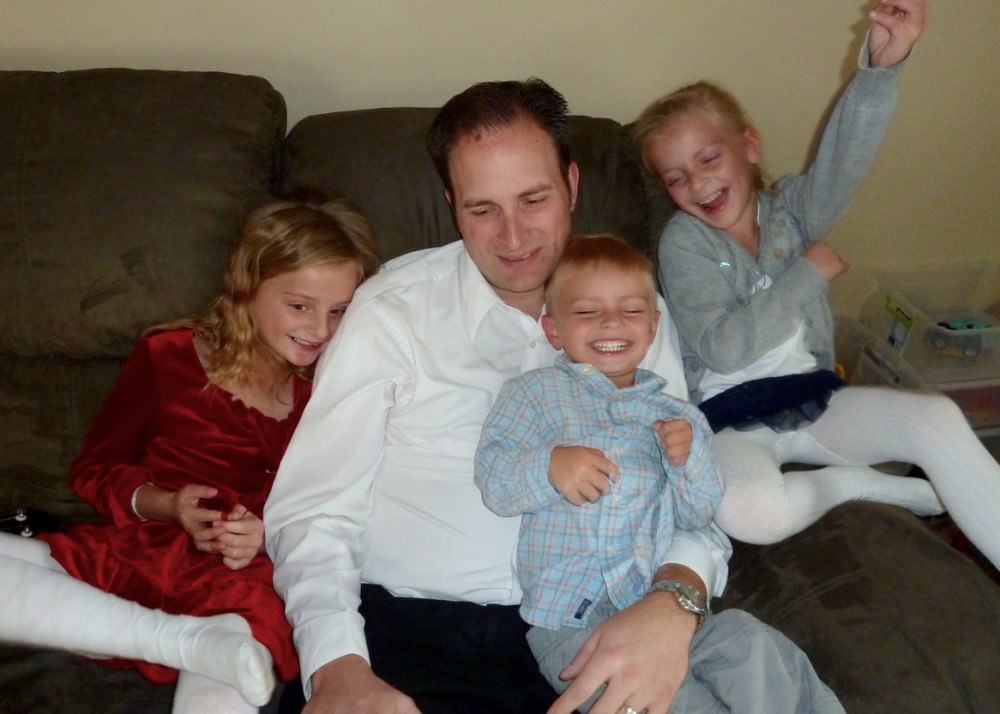 Dallas had a birthday (…four months ago…): 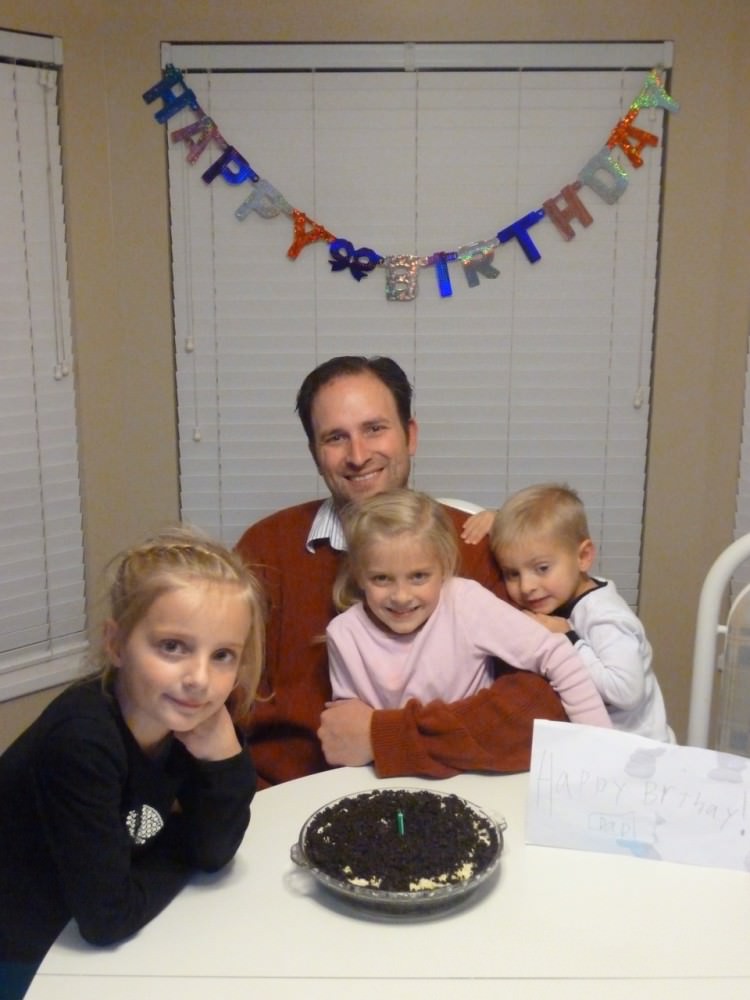 Brooke made a stuffed pony: 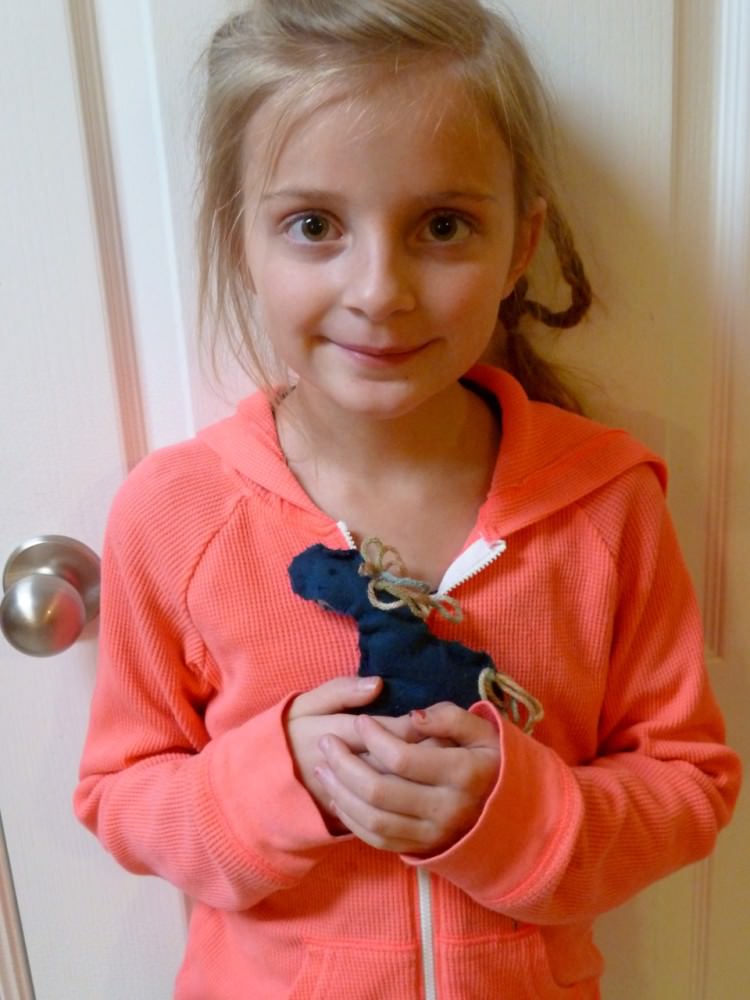 Dallas thought Spencer needed a stuffed animal so he got him a Hobbes tiger.  Spencer loved him immediately: 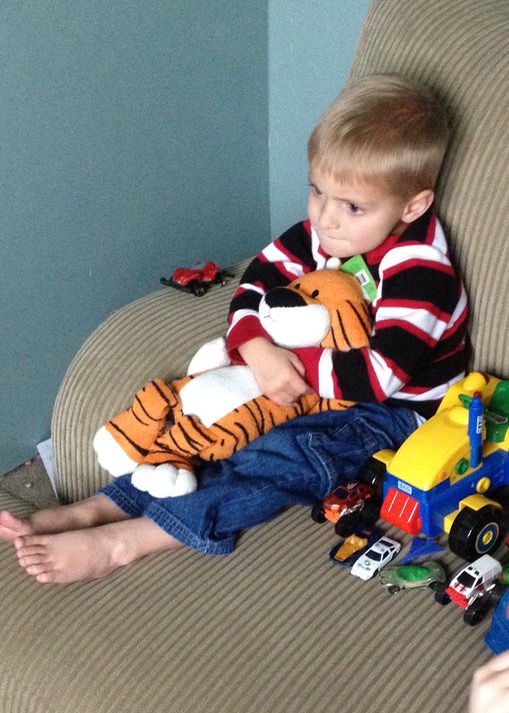 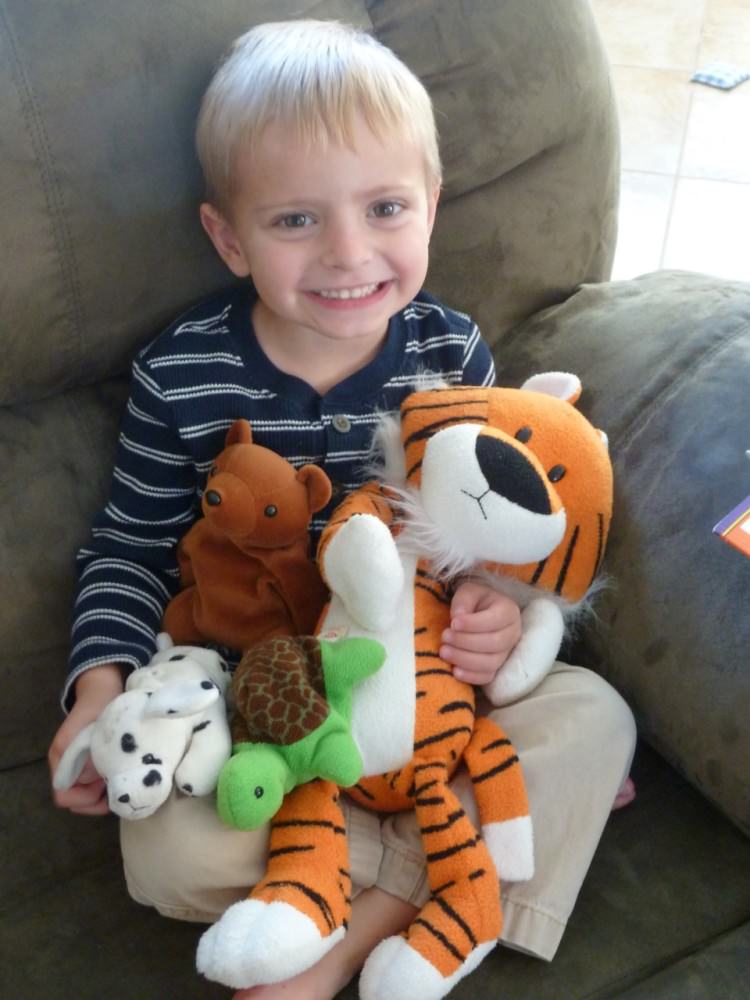 We’ve been trying to be better at using our children for slave labor while we sit back and take pictures: 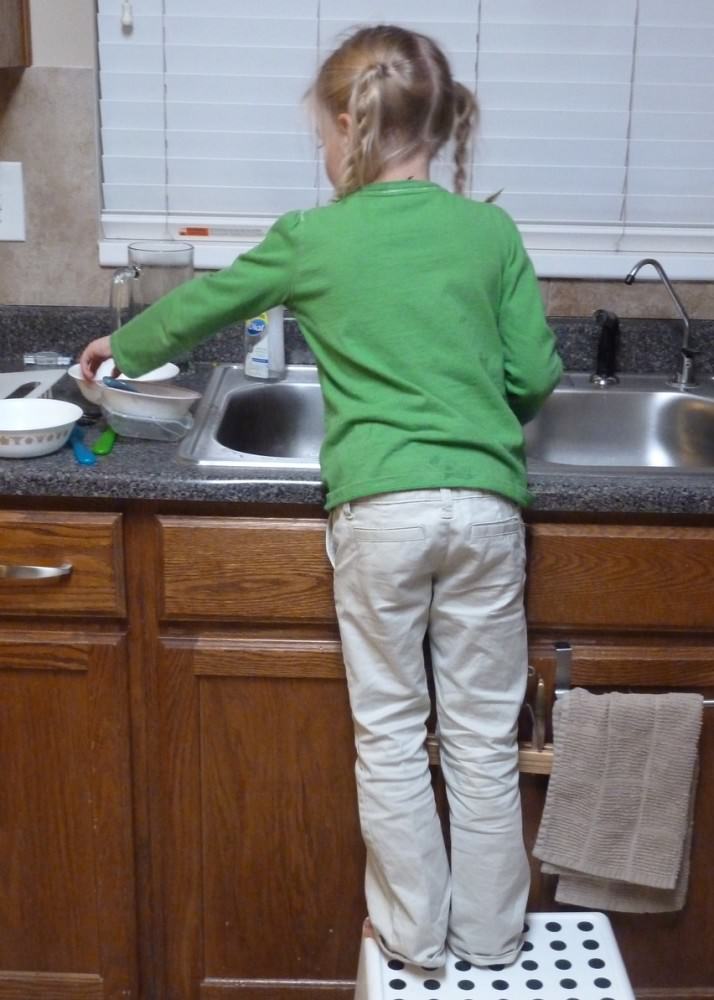 I stumbled upon the kids and this setup.  I asked what was going on.  Caroline was in the baby’s room speaking into the monitor so her voice was projecting into the living room where the rest of the kids (and stuffed animals) were in “church” listening. 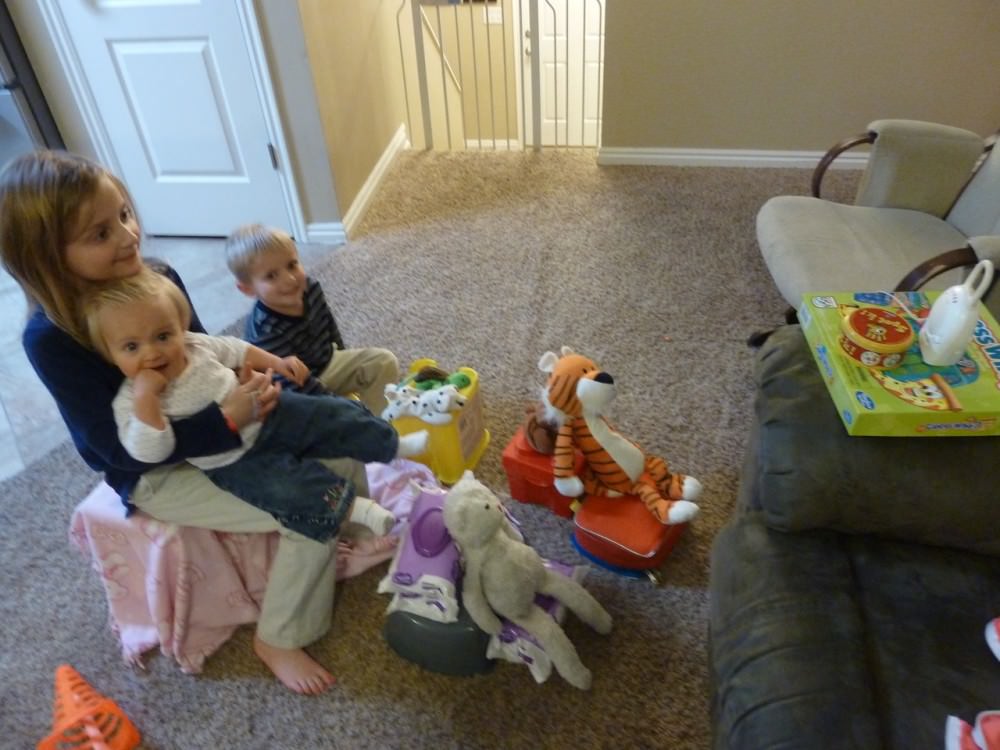 Brooke made a house: 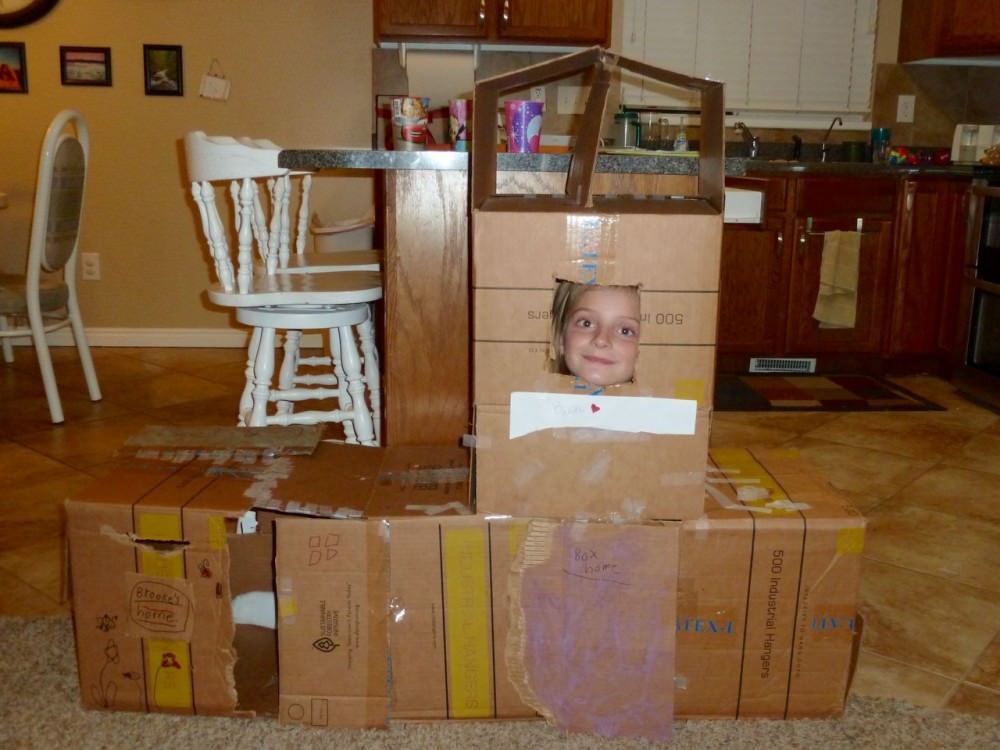 Apparently the kids felt like we didn’t get enough use out of our sleds this year during our winter of no snow so they pulled them out of the garage and gave each other sled rides: 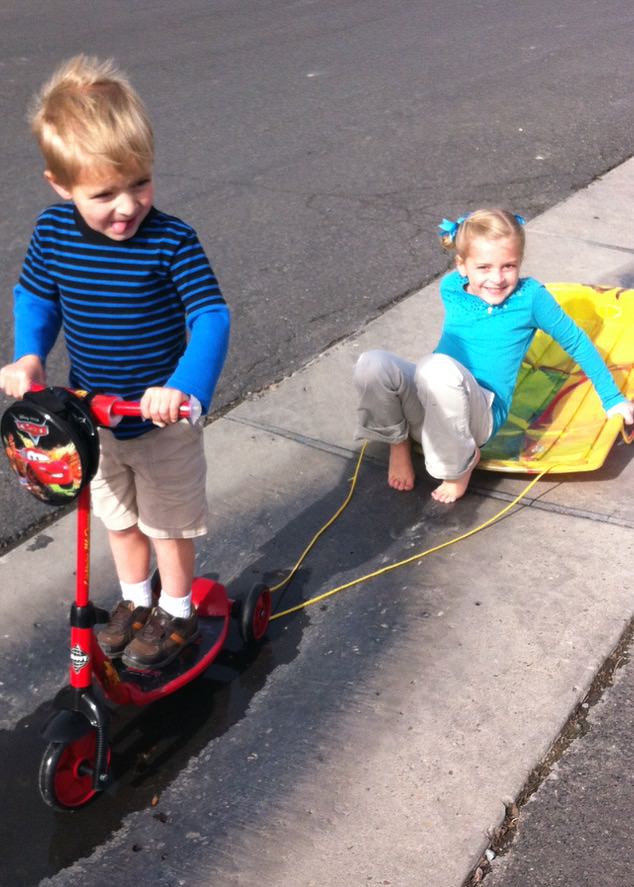 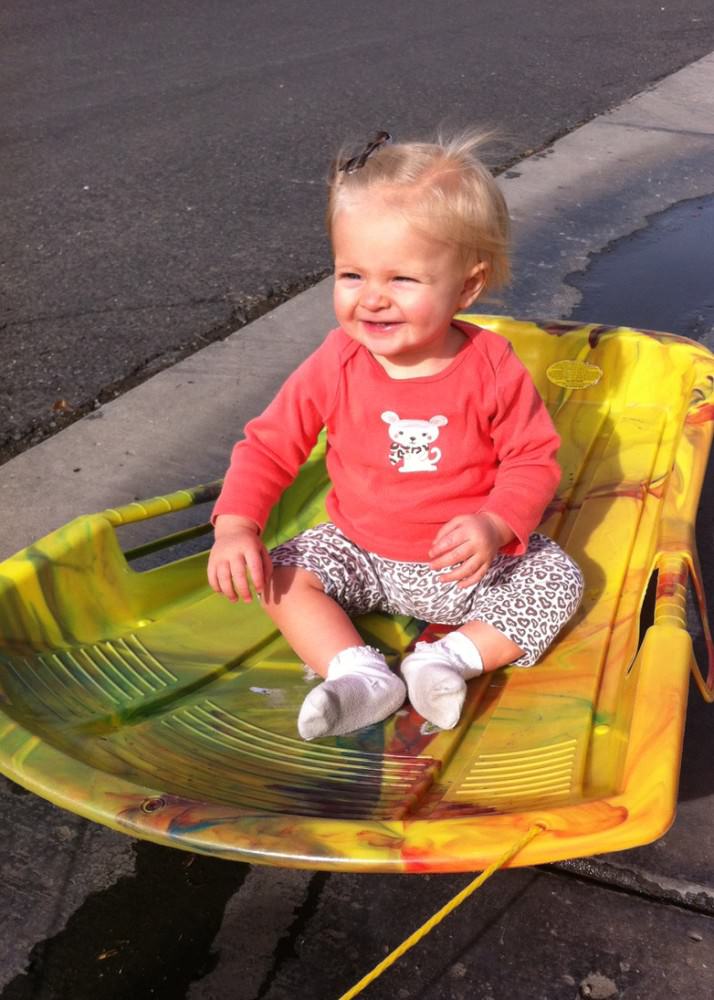 When we’re outside Madison heads straight for our porch stairs because she loves nothing more than to perch precariously on slabs of cement, threatening to fall with each movement, and smiling at me as I save her from tumbling to her death.

One day Caroline gave herself the job of keeping Madison off the stairs.  She started off with just using the umbrella to keep her away.  Here she’s introduced the sled as another obstacle, or as Caroline explains, “Madison is on Level 2.” 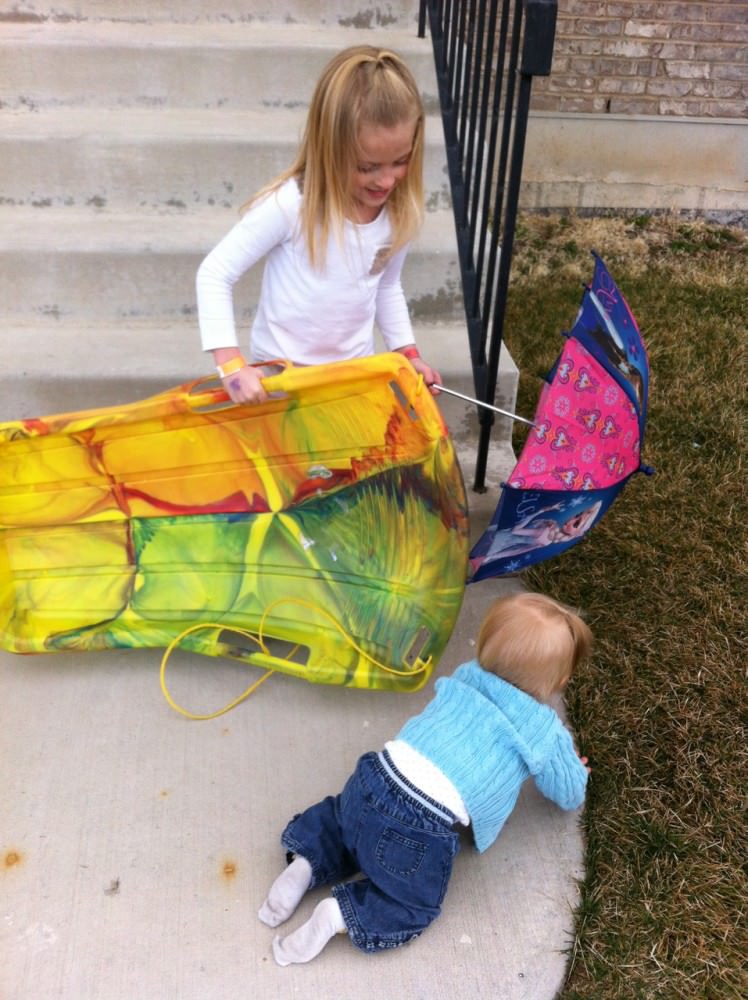 Madison with her cute cousin: 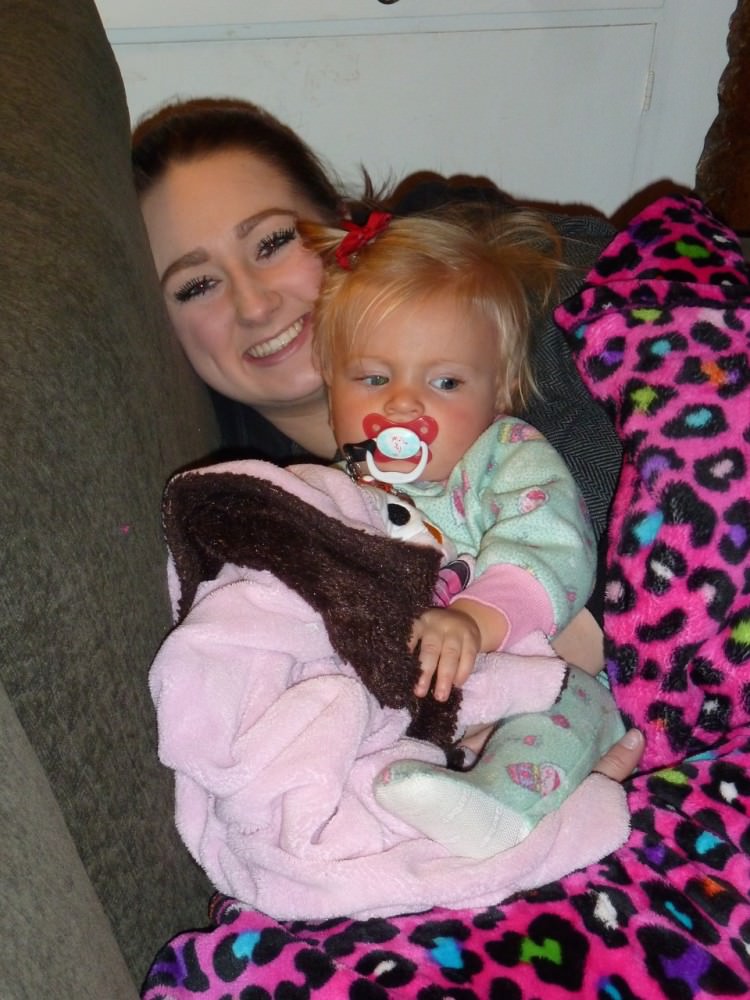 Brooke learned how to weave paper baskets at school and came home excited to show us her new talent.  She made Madison an Easter basket which doubles as a helmet:

Madison has taken a liking to sleeping with her doll: 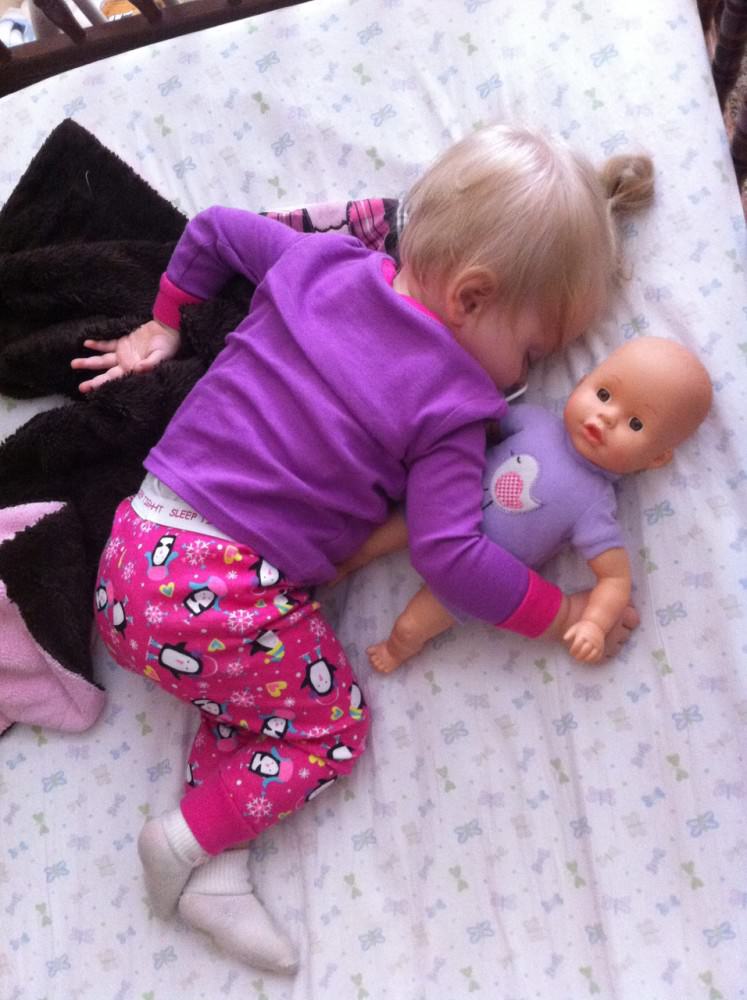 Spencer told us Hobbes was trying to get on the couch: 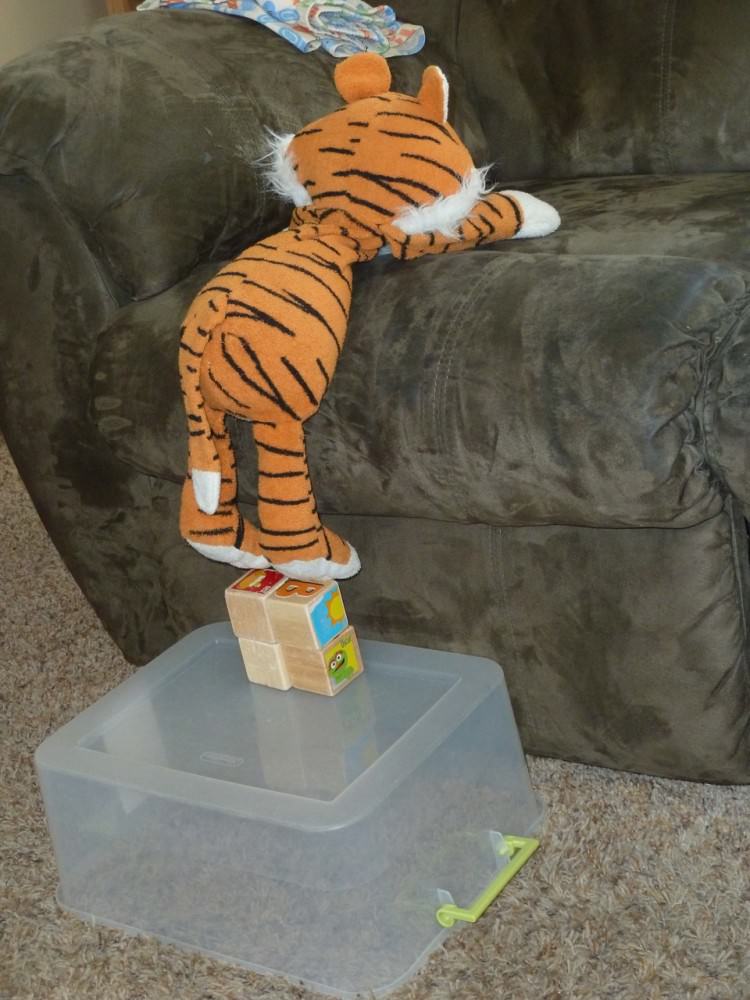 Then Spence put Hobbes to bed along with all of his prized possessions: 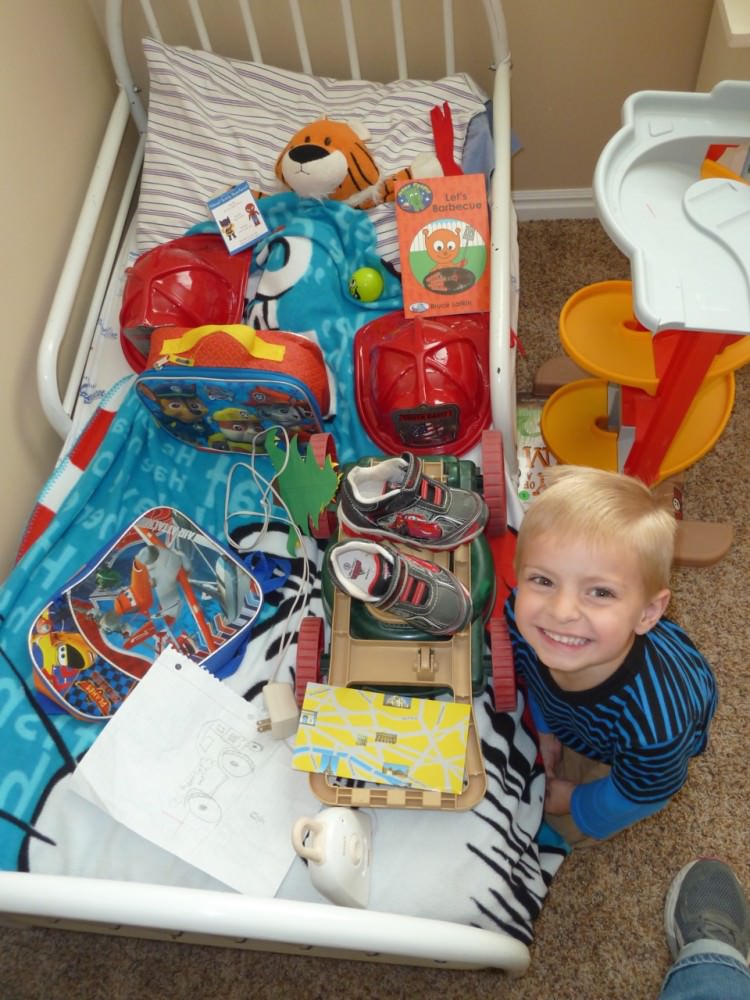 Now how about some pictures with no captions? 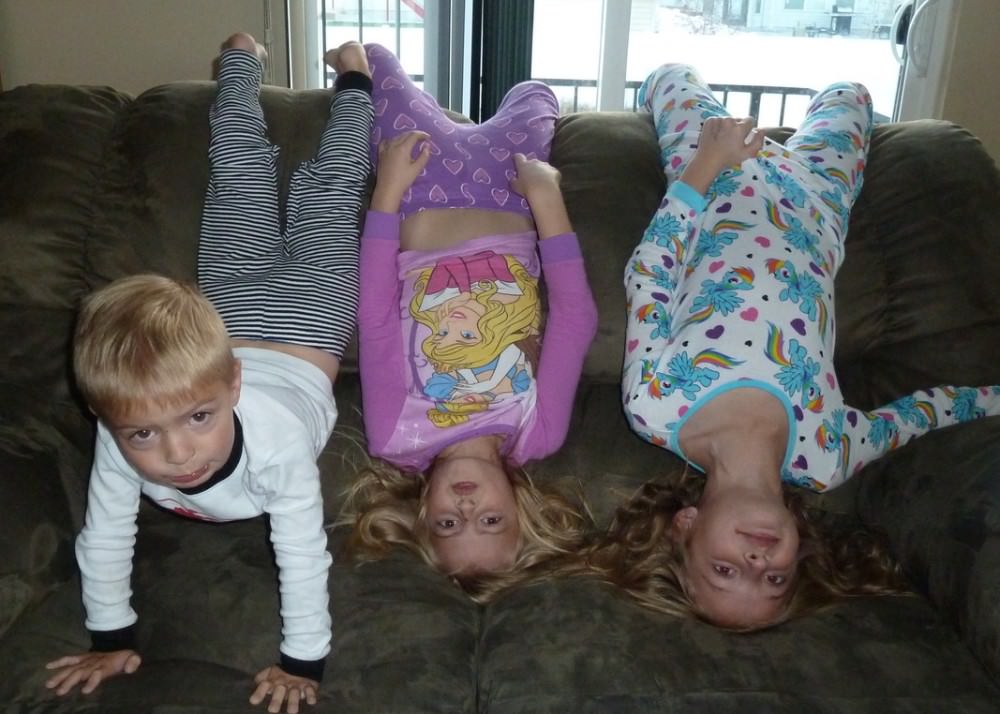 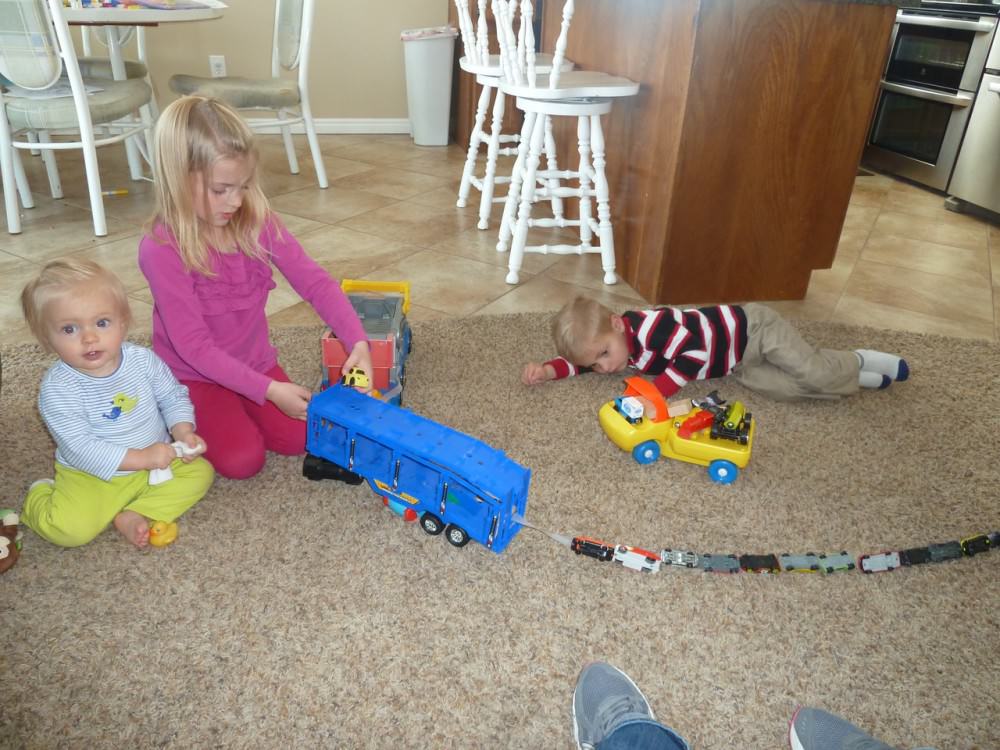 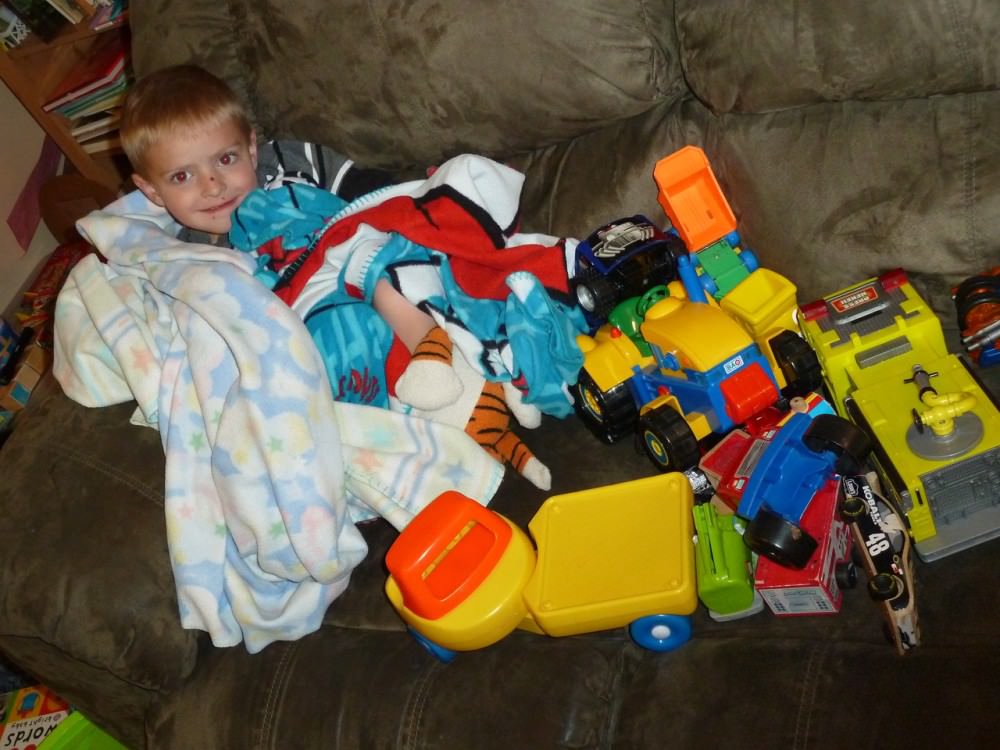 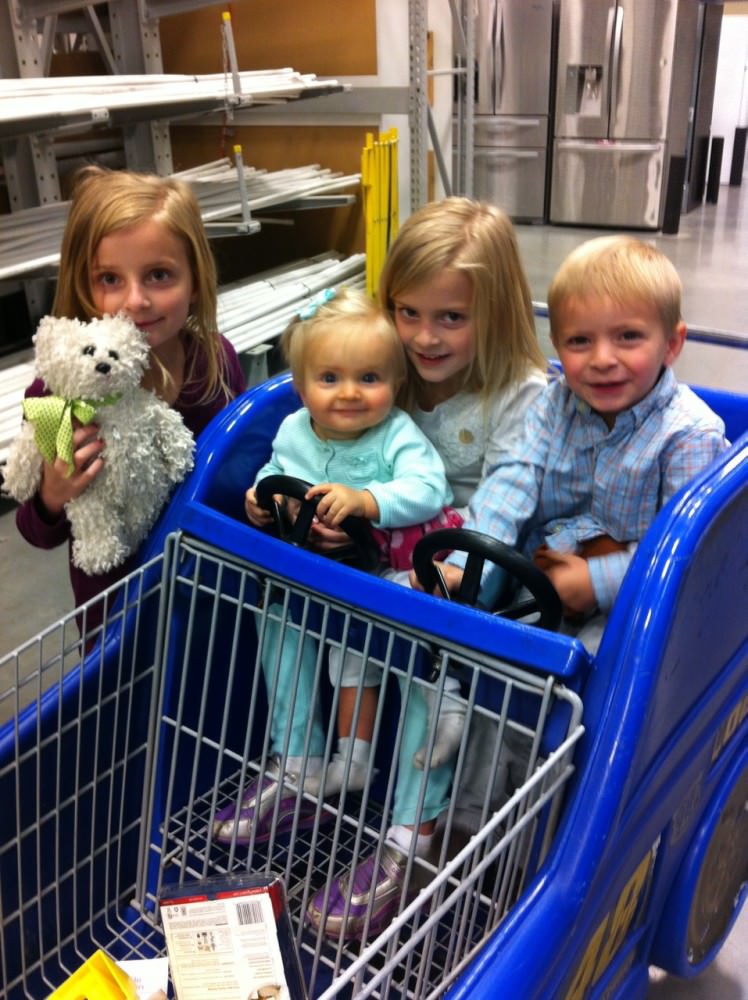 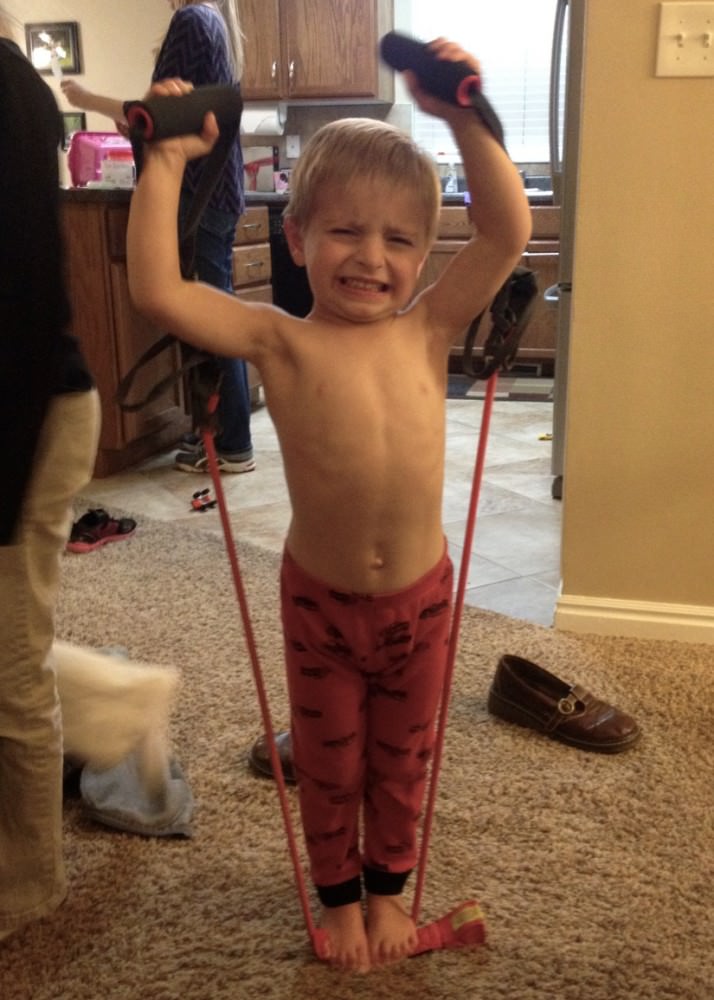 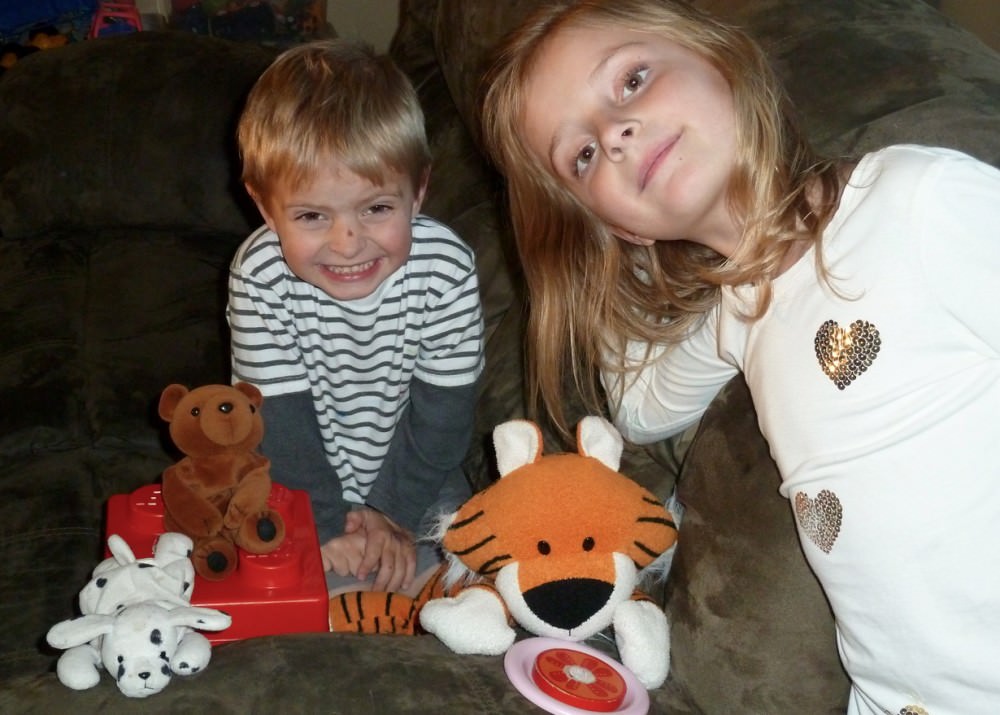 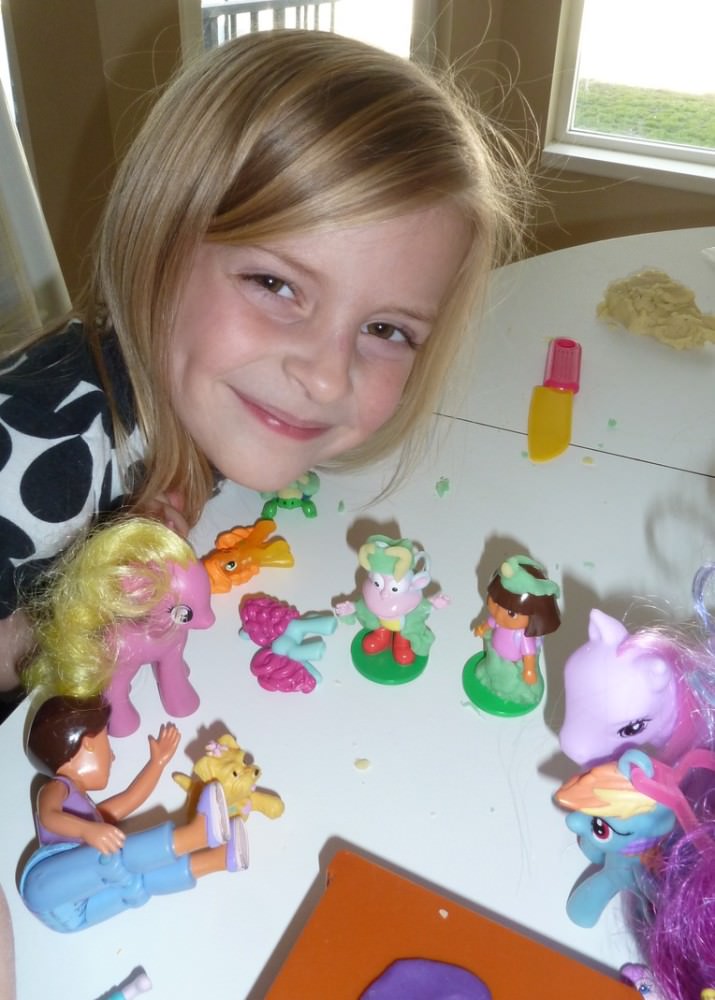 How Long Can I Call Her Baby? Kid Drawings