I think Brooke and Caroline are over their sicknesses.Â  Finally.

Caroline was remarkably happy during most of her bout with RSV.Â  Just look at how smiley she is during one of her breathing treatments: 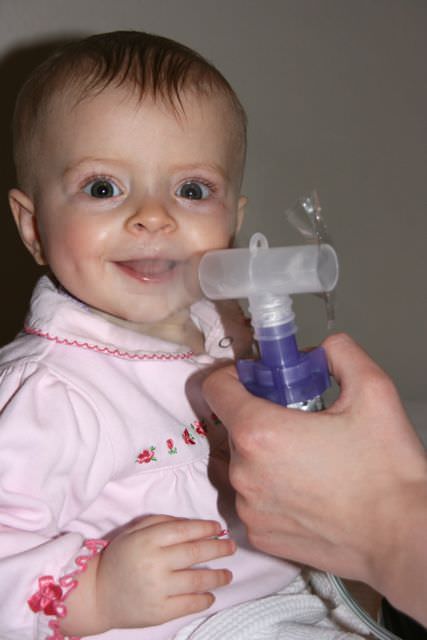 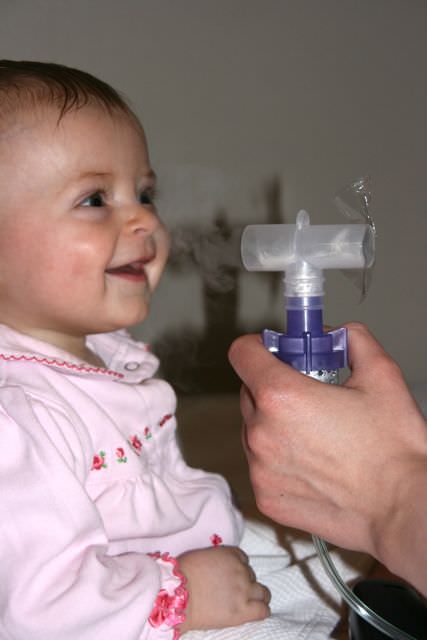 There is one little problem, though.Â  Actually, it’s a huge problem.Â  During the night when Caroline was sick, she would cough herself awake.Â  Sometimes she would fall asleep again on her own, and other times she needed to be held, have her nose suctioned out, or given more medicine.Â  Consequently, I have a sinking feeling in the pit of my stomach that she’s forgotten how to sleep through the night.

This is especially disturbing because merely a month or two before this we had just gotten her to the point where she was consistently sleeping through the night.

The past several nights have been miserable.Â  She will wake up and scream and cry.Â  I’ll try to rock her back to sleep, but she will be so fitful and restless that it takes her HOURS to go to sleep again.Â  Last night we were up from 1:30 a.m. to 4:00 a.m.Â  I can’t tell if she’s still feeling a little sick or if she’s just bent on being completely disagreeable for the fun of it.

I hope this stops soon.

Adventures in Parenting How about 9 1/2 Hours?